Liverpool have initiated first contact with the agent of West Ham midfielder Declan Rice as efforts to replace Gini Wijnaldum gather pace, according to a transfer expert.

Wijnaldum will be out of contract at the end of the season. The Reds want him to stay after his stellar contribution to their recent success.

However, the Anfield moneymen have not been able to agree a new deal and Fabrizio Romano has claimed the situation is “complicated.”

The Holland midfielder was courted by Barcelona last summer and Ronald Koeman admits he would like to sign the midfielder.

Barca remain keen though the latest reports suggest financial issues could prevent them from agreeing a deal.

Even so, it seems the Reds are preparing for his exit and plans are well afoot to bring in a replacement.

And now according to Ian McGarry, Rice is very much in Liverpool’s thinking.

Any deal to sign the England man would not come cheap. The Hammers strongly resisted interest from Chelsea last summer as his valuation soared to £60m and beyond.

However, with Frank Lampard now being replaced by Thomas Tuchel, it seems the Blues’ interest in Rice has also faded.

The Hammers are not out of the woods though yet. Indeed, McGarry claims both Liverpool and Manchester United have contacted Rice’s representative over a prospective summer move.

Speaking on the Transfer Window Podcast, the transfer guru said: “He is no longer on the transfer list of recruitment possibilities for the Stamford Bridge club. But he has certainly roused the interest of Liverpool and Manchester United.

“Both of whom have expressed interest to Rice’s agent as we understand and they have asked to be kept informed of any offers made for the England international.”

Of the two clubs, a move to Liverpool looks more likely. United, while admirers of Rice, have less of a priority to recruit a defensive midfielder. They have both Scott McTominay and Fred in decent form this season. Nemanja Matic lies in reserve.

Liverpool, however, of course have the impending departure of Wijnaldum to consider.

Furthermore, a report last week claimed Naby Keita could also be offloaded this summer after struggling to find his best form.

The Guinean star has been held back by a succession of injuries. That has led to him missing a total of 49 games since arriving at the club in a £52.75m deal. 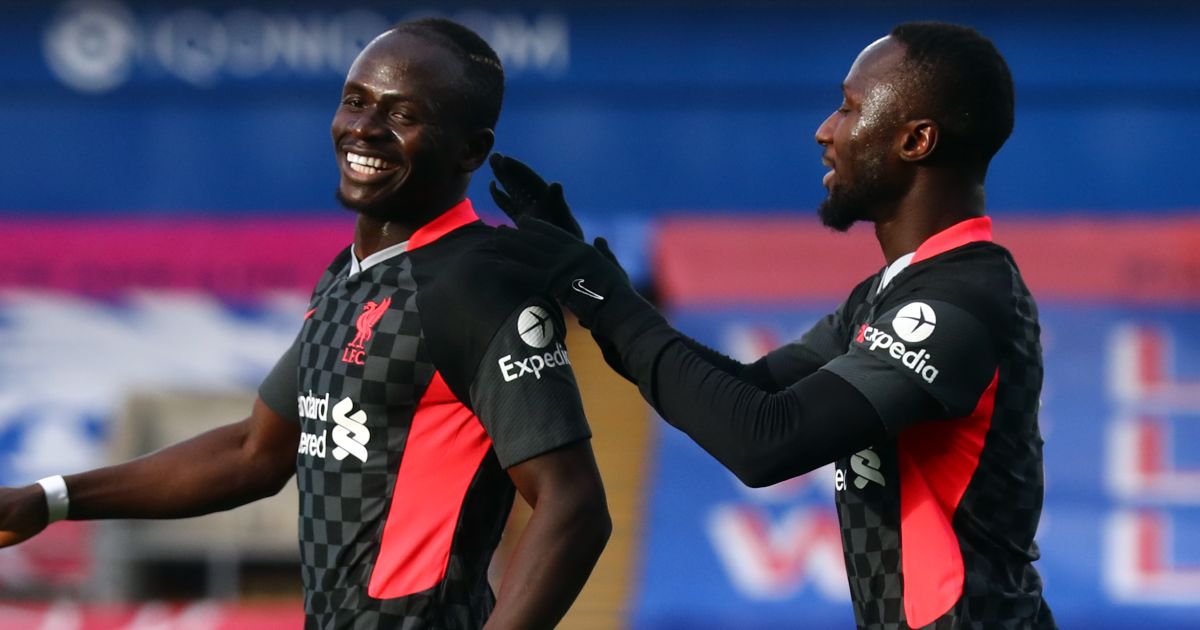 And having only featured seven times this season, it was reported earlier this week that his time at Anfield could come to an abrupt halt. Indeed, reports this week claim the Reds are willing to sell Keita and will only seek £30m for his services.

While these reports are yet to be confirmed or denied, it wouldn’t come as a huge shock were Liverpool to cash in.

And despite Keita’s frustrating time at Anfield, Kevin Campbell insists the player won’t be short of offers were the Reds to sell him.

“I don’t think they’ll struggle to find a suitor for him. He’ll have plenty of options,” Campbell said.

“For me, Liverpool and the demands they put on the players and the way they play… It’s obviously going to lead them to injuries. They play at such a high tempo that it’s always gonna bring them injuries.

“We’ve seen so many injuries at Liverpool this year. It was always going to catch up with some of these players.

“But I honestly do think Keita, if Liverpool wanted to move him on, would have plenty of suitors and offers. He’s a great player.”