Liverpool’s sticky form will continue with a rare home defeat in the Merseyside derby, Man Utd and Man City will ease to wins, while this week’s Premier League predictions expects a bad result for Tottenham at West Ham.

Each week our writers take on a different band or artist by making their Premier League predictions, while you can join in the fun using the story comment facility (below) or Your Say forum.

Our latest challenger is Paul Smith from the excellent Maximo Park. Can the Middlesbrough supporter – whose band’s latest track All of Me  – get the better of our Marshy?

Last time out James from the mighty Biffy Clyro took us on. To be fair, they managed a few decent picks among them….

TEAMtalk: How did you come to support Boro and what are your favourite memories from your time as a fan?

Paul: Middlesbrough were the big local team to me growing up, so it was inevitable! The team were built around local lads like Tony Mowbray and Gary Pallister, and were on the march to the old first division. It was an exciting time to be a fan, watching us get promoted after beating Chelsea in the 1988 play-offs.

I loved going to Ayresome Park, our old ground, because it was right in the town centre and had a great atmosphere. The move to the Riverside, and buying players like Ravanelli and Juninho was exciting, too, but it felt a bit unreal to me.

The Steve McCaren years were very stable and we won our only trophy under him, so that was enjoyable, especially as we had the bonus of some exciting European adventures, which I watched in the pub up here in Newcastle. 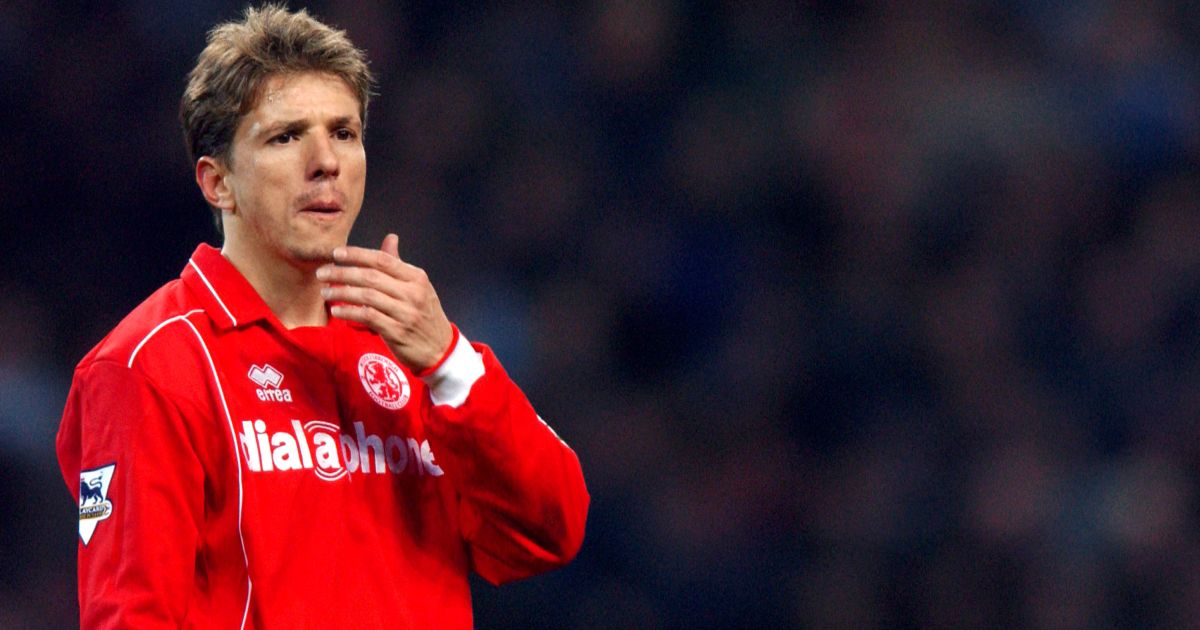 I enjoyed some of the football we played under Gareth Southgate and was lucky enough to be at the game where we beat Sven-Goran Eriksson’s Man City 8-1!

TEAMtalk: Who have been your favourite five players for your club? (Historically or currently)

Boro a bit hit and miss under Neil Warnock

TEAMtalk: What are your hopes for the rest of the season and what do you make of the current side?

Paul: They’re doing a decent job, although we’ve become a bit hit and miss recently. Warnock has a lot of experience and still has a spring in his step. We’ll wait and see how it pans out.

The teams above us have strong squads, so it’ll be tough to get that final play-off spot, I reckon. I’m a big fan of Jonny Howson, who always gives 100%. He’s a better player than some give him credit for. We seem to have a bit of a problem creatively, but we’ve done a bit of business on deadline day. I hope Ashley Fletcher can ease his way back into the team, as he gives us something a bit different up front.

TEAMtalk: Everyone has a soft spot for another team. Who’s yours and why?

Paul: I always liked watching Arsenal under Arsene Wenger, with his ‘philosophical’ approach. Plus, a friend of mine is a big fan, so I’ll sometimes watch their games with him. (If we ever get back to socialising in crowded pubs…)!  I wouldn’t go so far as to say I’m a fan, though!

TEAMtalk: What’s going on with the band at the moment?

Paul: We’re about to release our seventh album, Nature Always Wins, so it’s nice to be able to provide people with something positive and melodic to listen to during the current lockdown. We recorded it in isolation, last spring/summer, with an Atlanta-based producer called Ben Allen. It was weird being apart from each other, but the music feels uplifting and fresh to us, so hopefully others will feel the same way.

We have a couple of socially-distanced shows in April and we’re keeping our fingers crossed that we’ll be able to play live before the end of the year.

We’ve been doing as much as we can online, just to try and spread the word about the new album. I’ve been keeping busy by doing a weekly radio show for a volunteer-run arts space called The Star and Shadow, up here in Newcastle. Oh, and lots of home-schooling!

Stream ’All of Me’ on the TEAMtalk Spotify playlist

Maximo Park are on social media – give them a follow