Fikayo Tomori’s smooth transition to playing for Milan could help Chelsea’s attempts to lure a key target to Stamford Bridge.

Tomori, 23, penned a six-month loan deal with the Serie A challengers in January. He barely kicked a ball in anger for the Blues in the first half of the season.

The England centre-back made four appearances, with just one coming in the Premier League. The decision was taken to loan him to the San Siro giants and it seems to be paying off.

Tomori has made five appearances in all competitions and hs settled well in Italy. It is always tough to move to a foreign country midway through a campaign.

But the Canadian-born ace has taken to it like the proverbial duck to water.

“Personally I always liked the idea of living in a different country, it wasn’t much of a shock mentally, I always thought it would be nice,” he told Sky Sports.

“I’m enjoying it, obviously I can’t see my family as much but luckily we have FaceTime so I can keep in touch. I’m trying to make the most of the experience, trying to better myself, learn the language and understand the language.”

Milan sit second in the Serie A table, just one point behind city rivals Inter. It seems to be a two-horse race, with Juventus eight points back with a game in hand.

Tomori would love to be part of a winning team and admits he feels at home in the city.

“I’ve been welcomed with open arms and I feel comfortable with the team and there’s still a long way to go in the season and hopefully we can do something special so all our names are in the history books,” he added.

Swap deal in the offing?

It was reported earlier this week that Milan are keen to sign the defender on a permanent deal. That might help Chelsea in their pursuit of Milan midfielder Franck Kessie. 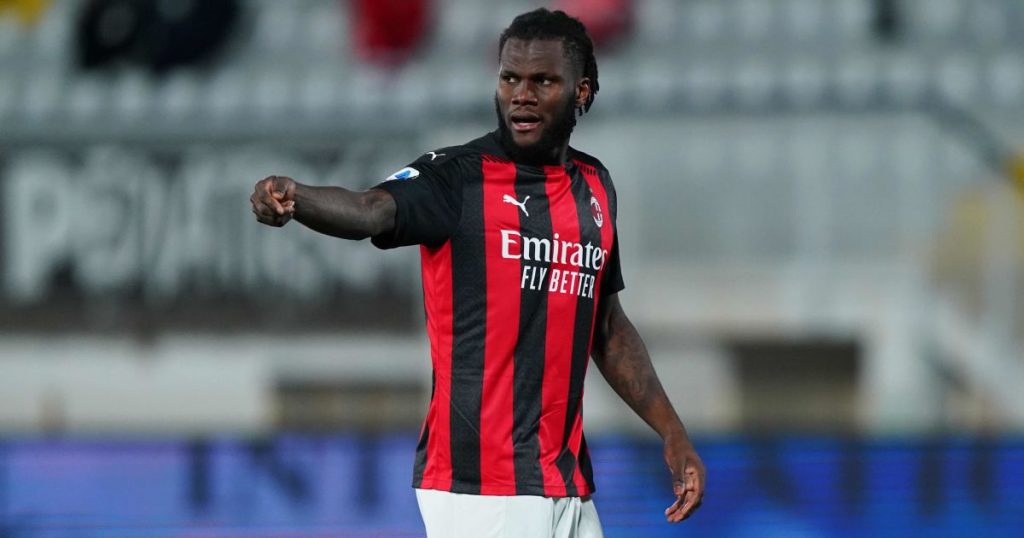 The Ivory Coast international is in his fourth season with the Rossoneri. The first two were on loan before he penned permanent terms in 2019.

He will fall out of contract at the end of next season and the Blues and others have been heavily linked. According to Il Milanista, Thomas Tuchel ‘dreams’ of signing the former Atalanta ace, who has been valued at €40m.

But having Tomori as part of the deal would significantly reduce their outlay. His latest comments will be music to the ears of Chelsea chiefs hoping to snare Kessie in the summer.