Everton manager Carlo Ancelotti detailed how his Everton side were able to keep Liverpool’s highly touted front three quiet on a historic day for the blue half of Merseyside.

Everton broke an unwanted 22-year streak by securing a memorable first league victory at Anfield since 1999.

Goals from Richarlison and a penalty from Gylfi Sigurdsson settled the tie and put the Toffees level on points with their bitter rivals with a game in hand.

Speaking to Sky Sports after the match, Ancelotti said:  “I am very pleased for the club and the supporters. I hope for sure that they are going to celebrate tonight. It was a good performance. A lot of fight and spirit. I am really happy.

“We played with two strikers James Rodriguez and Richarlison and we played with [Seamus] Coleman to fix the position of Robertson and four at the back to control [Mohamed] Salah, [Sadio] Mane and [Roberto] Firmino.

“We wanted to avoid the pressure from Liverpool. We know they press a lot but sometimes we had the opportunity to play. Richarlison is back. He is scoring and is playing with a lot of consistency. He has that quality.

“We have to find more consistency at home and we are working on this. We are fighting for Europe and now we are in a good position. This kind of performance helps to improve the belief of the team.

“Jordan [Pickford] did really well. He accepted the criticism. You have to do that and try to be better and he did it.” 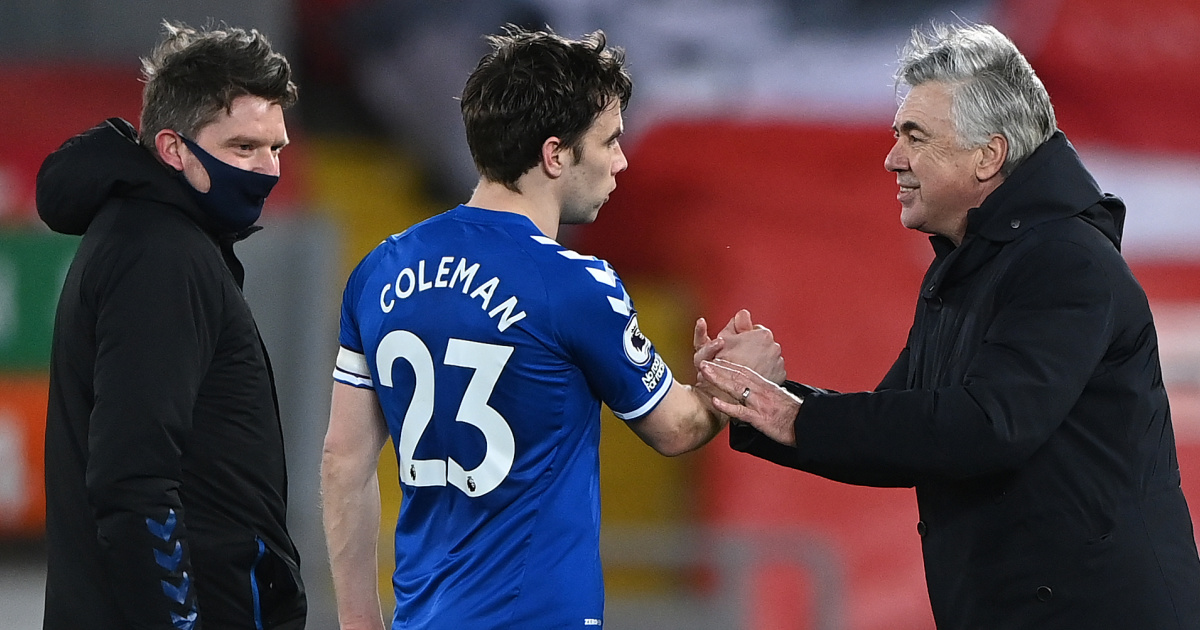 Everton full-back Seamus Coleman also spoke to the press, telling Sky Sports: “It’s an amazing feeling, after coming here all those years and letting ourselves and more importantly letting the blue side of the city down.

“It’s been hard. We can try and brush it off but when you have lived in the city for 10 years it has been difficult to take.

“I am fed up with coming out with the same clichés after losing. I’d thank the manager for the way he set us up and the players put in an unbelievable shift. That was against the champions, so we are delighted.

“I had to follow Andrew Robertson. The last time I had a job like that was against Ashley Cole at Stamford Bridge. He’s a great player and I tried to stay with him.

“As a team it was just to compete and try and play. Dom [Calvert-Lewin] came on and made a difference. We need to start moving the club forward that goes back to the likes of Fulham at home.”