Liverpool manager Jurgen Klopp cut a frustrated figure after criticising his side’s inability to score goals along with bemoaning a “completely unnecessary” moment that hamstrung his team.

Liverpool suffered their fourth-straight home defeat for the first time since 1923.

The 2-0 victory was Everton’s first at Anfield since 1999, and left Liverpool with a mountain to climb in their efforts to secure a Champions League place for next season.

The Reds’ heads did not drop throughout the contest. But a familiar instability at the back and a lack of cutting edge up front reared their ugly heads once more.

Speaking to BBC Sport after the match, Klopp said: “It is (tough to take) but we conceded this early goal which was completely unnecessary and have to defend it better.

“We had to chase the game and did it well creative wise, we created some in the first half and even more in the second half but we did not finish our situations off.

“We made one mistake in the first half and they used it, I don’t like to talk today about the good stuff because we lose the game and we feel that deeply, I have to use it tomorrow and it is our lifeline to keep going.

“We have to improve on the finishing stuff and then we will win football games.

“Decisive margins, to score a goal you have to create a situation and finish it off. There is no alternative but to keep going.

📊 Liverpool have now lost as many PL games (4) at Anfield in the last 31 days as in Jurgen Klopp’s first 100 home matches in charge pic.twitter.com/mnXZVQZg95

Regarding the decision to award a penalty for a collision between Trent Alexander-Arnold and Dominic Calvert-Lewin that divided opinion, Klopp added: “I did not see it back but the kind of questions I get asked about it gives me a feeling it could have been decided differently.

“If the VAR calls the referee to the screen then maybe he saw it slightly wrong. He did not need a second, he looked and went. If you think it was not a penalty then you have to say that, we cannot change it anymore.”

On Jordan Henderson’s injury, Klopp concluded to Sky Sports: “It’s in the region of his groin and abductor. It’s not good. It’s how it is. The rest we will know tomorrow.”

“We cannot play the victims” – Wijnaldum 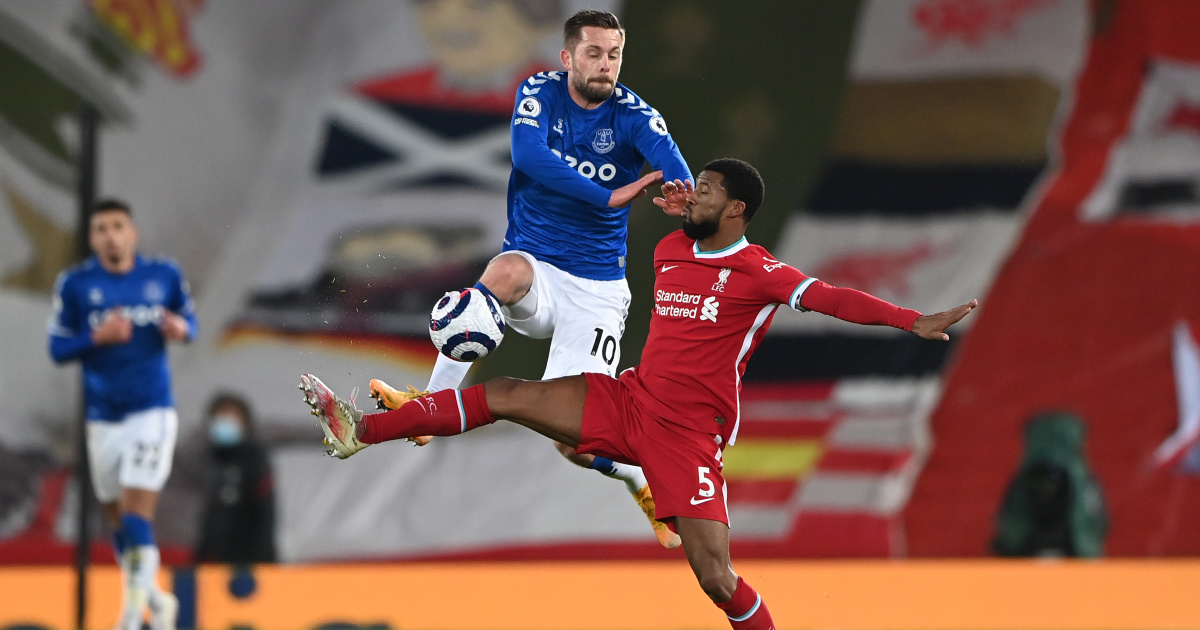 Liverpool midfielder Georginio Wijnaldum also spoke to the press, telling Sky Sports: “You know what the derby means for the club, the supporters, the players – it means a lot and the loss is extra painful.

“The first goal we conceded, we tried to keep possession when the long ball came instead of clearing it away. In the first couple of minutes you should take less risk, a pass through the defence and they scored. One more chance after that and we were the better team.

“Winning games in the Premier League is always difficult and the injuries don’t make it easier, we still have a squad who can change it around and we have to work harder to change it around.”