Nuno Espirito Santo says Wolves must continue to chase their high standards after claiming a third win in their last four league games.

An own goal from Illan Meslier on the back of a fantastic run and shot from Adama Traore gave them a narrow 1-0 win against Leeds.

After failed to claim three points in the Premier League between 21st December and 2nd February, it is a much-needed turnaround in fortunes for the Molineux club.

They are now up to 11th place on the table, leapfrogging Leeds thanks to Friday night’s victory.

And a positive Santo spoke glowingly of the mental application shown by his players to return to winning ways post-match. But he also made clear what they must continue to do if they are to maintain their improved form.

Asked if Wolves are now in a strong position, he told BT Sport: “Let’s see how we are after this game regarding that aspect. We still have some issues to assess.

“But yes. Especially the approach that we’ve had during these tough moments. Always believing, always committing.

“We cannot say [anything negative] ever about the attitude of the players. Sometimes things don’t work out and we must be comprehensive and understand moments. 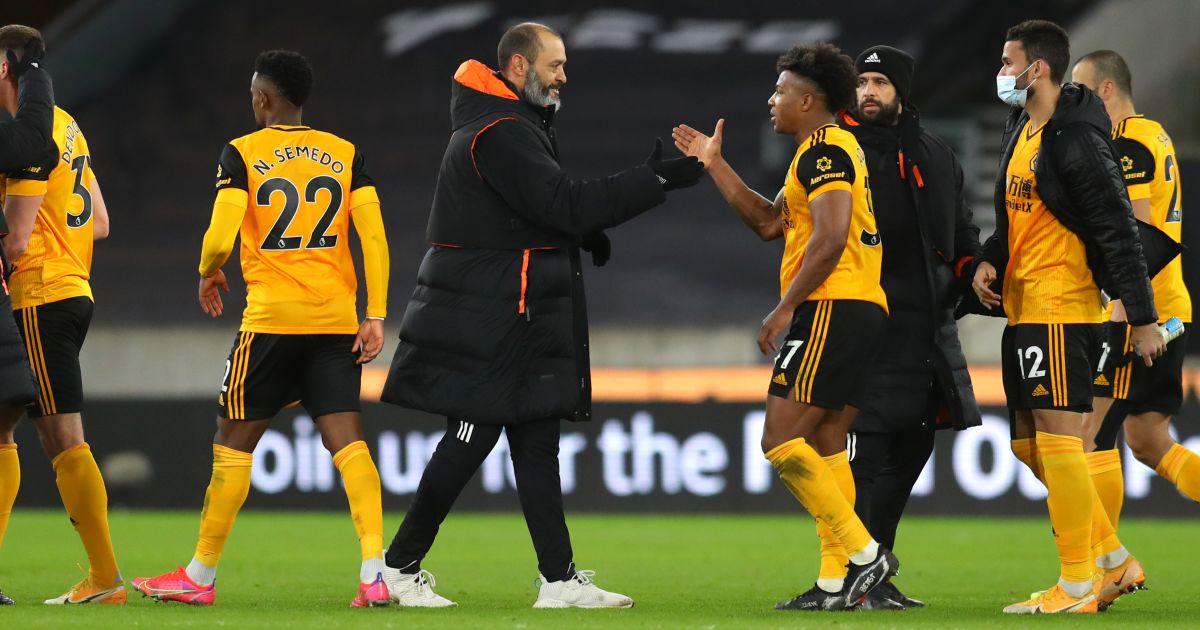 “But we chased our higher standards that we have. So let’s keep on chasing and working hard.”

The Portuguese coach also mentioned the performances of Traore and Pedro Neto. The pacey pair were the main threats for their side and played a key part in the result.

“Players like Adama and Pedro, when they’re allowed to have the ball and start running, they are really dangerous,” he said.

Leeds boss Marcelo Bielsa also had his say on the displays of the Wolves forward duo after the fixture.

Having been a goalkeeper himself during his playing days, Santo also admitted he has sympathy for Leeds ‘keeper Meslier after his unfortunate own goal.

“Very hard [for him], but the goalkeeper did very well,” he added. “He made a fantastic save in the first half. Both goalkeepers were really active in the game, that shows the intensity of the match.”

Meslier produced a brilliant stop to deny Neto from finding the top left corner with a 25-yard effort. But he could do nothing about the goal and was unfortunate to see the ball roll into the net after rebounding off his back.