Roy Hodgson was full of praise for Crystal Palace’s defensive effort as they struck late on to sink Brighton at the Amex on Monday night.

The Belgium striker lashed in Andros Townsend’s cross in the fifth minute of added time to return Palace to winning ways following successive defeats which had led to growing supporter unrest.

Brighton dominated proceedings at the Amex Stadium and levelled through Joel Veltman after the Eagles led at half-time courtesy of a superb, back-heeled finished from French forward Jean-Philippe Mateta.

Palace showed little ambition for much of the match and once again struggled to create in the absence of injured talisman Wilfried Zaha, with the two superb goals their only attempts on target.

Yet Eagles manager Hodgson was more than satisfied with a result which moves his side 10 points above the relegation zone.

He told BBC Sport after the game: “It’s always great to score in the last minute, especially when we had to soak up a lot of pressure.

“The defending was very good, they threw their bodies on the line. We worked hard to make certain they didn’t get many sights at goal. We didn’t create as many chances we’d like. The two we created from crosses were goals.

“It was important tonight because we haven’t been pleased with our defending recently. We thought we were falling short of our high standards.

“Tonight from the very start we showed we’d make it hard for them to score. The bodies were there, headers were there, blocks were there. We took maximum advantage from the counter attack.

“But we’ve had games like that ourselves – against Brighton, against Newcastle. It’s nice to know the old adage about things evening themselves out, they have tonight.

“We get so hung up on statistics these days. The game is decided by goals. Goals are a question of how well you take your chances and defend theirs.

“Until there are prizes for corners and touches in the box, it’s very important we keep in mind that results are borne out by goals you score and goals you don’t concede. I get no satisfaction when we lose and we have more corners or touches in their box. 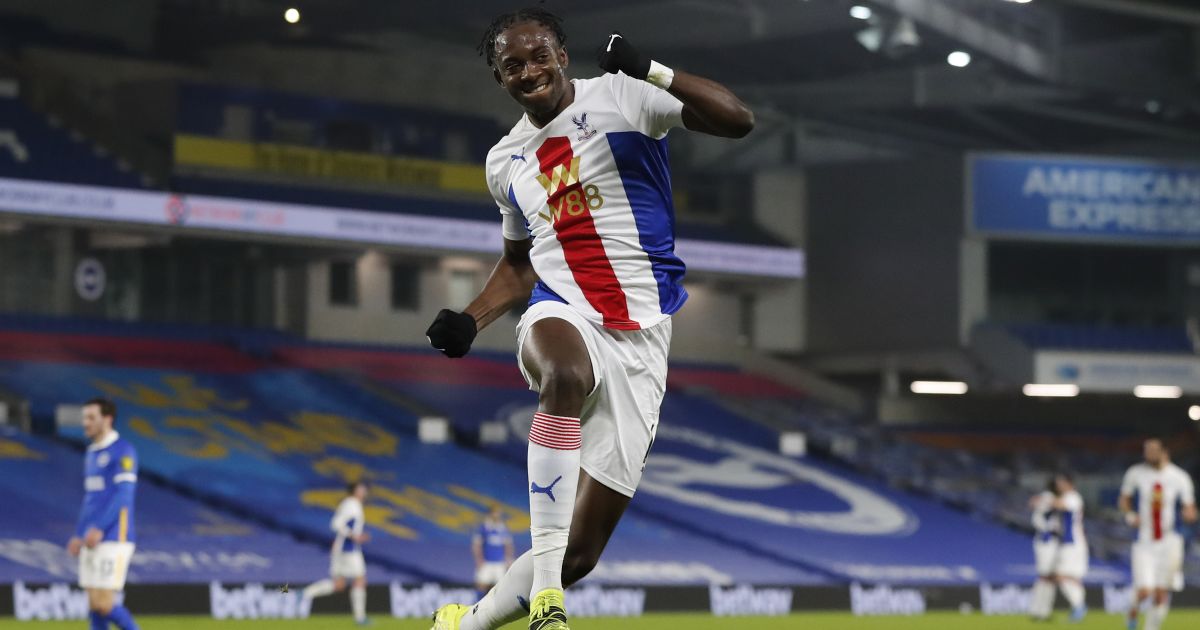 “[The opener was a] very good goal. Both goals were wonderful bursts by Jordan Ayew. Christian has been short of goals, he turns up in the last minute. I’m pleased for both of them. It’s good for the future. We will need fighting performances like that. We’re not Man City, we can’t roll teams over.

“Brighton are a form team. I’m sure they’d say they didn’t get the result they deserved.”

Matchwinner Benteke added: “It is a massive result. We know we play a derby against a very good side.

“It wasn’t easy, they managed to come back in the game in the second half.

“We put our life on the pitch, tried to defend as much as we could and I had a chance to score a great goal.

“Today was all about three points, it wasn’t easy but we got them. The plan was to be compact, we have been too open and we changed the tactic.

“We have got a lot of good players up front but I know my strengths, my qualities, it was about being ready when the gaffer needs me.”