Chelsea will make a concerted effort to land Erling Haaland this summer as part of a reported £260m spending spree that will have the rest of the Premier League green with envy.

Roman Abramovich and Marina Granovskaia are plotting a huge assault on the transfer market in a bid to see Chelsea emerge as Manchester City’s biggest rivals.

Italian outlet Tutto Mercato claim Abramovich, who recently axed Frank Lampard and replaced him with Thomas Tuchel is ready to spend big again in the next window.

Despite a huge spend last summer with over £220m spent on the likes of Timo Werner, Hakin Ziyech, Ben Chilwell and Kai Havertz, the Russian billionaire is ready for a repeat.

That €300m budget is also not dependent on Tuchel guiding the Blues into the Champions League.

Chelsea sit two points off fourth place after an undefeated spell under the tutelage of  Tuchel. The German coach will fancy his chances of guiding Chelsea into the Champions League. However, it’s claimed there is no pressure to do so.

Regarding the club’s spending the same source claim goalscoring sensation Haaland is their No. 1 target.

Haaland, 20, has scored 43 goals in as many appearances for Dortmund since joining from Red Bull Salzburg in January 2020.

According to his agent Mino Raiola “there’s not a sports director or trainer in the world who would say not interested” in the Norway striker.

What’s more Dean Jones from Eurosport claims Chelsea “are becoming increasingly hopeful about their dream of landing Haaland this summer”.

The race is definitely on for Haaland, whose €75m release clause at Borussia Dortmund does not kick in until 2022. Dortmund though could still sell this summer, especially if they miss out on the Champions League places.

Dortmund currently sit in sixth place, six points behind fourth place and they have plenty to do to secure a place in Europe’s elite competition next term. 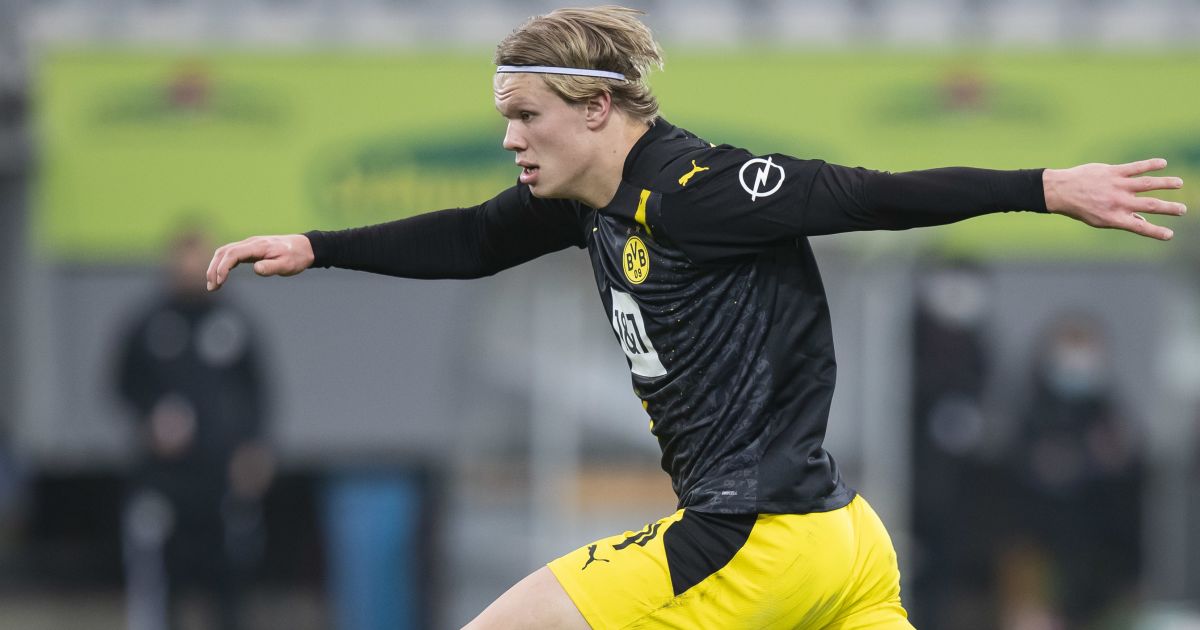 Chelsea though “have been quietly making progress behind the scenes” after speaking to intermediaries. They are trying to sell themselves to Haaland, who was born in Leeds.

They would have to finish in the top four to offer Champions League football to Haaland.

Chelsea want a new striker this summer with neither Tammy Abraham nor Olivier Giroud seen as the long-term solution.

Granovskaia and her team “believe they are slowly making progress” to convince Haaland and Raiola that Chelsea will be the next powerhouse in the Premier League.

Jones suggests “their strongest challenge is likely to come from City”. Pep Guardiola and Co have been watching Haaland for two years and want a successor to Sergio Aguero.