Liverpool simply have to win away to Sheffield United this weekend, but do Blades supporters sense an upset at Bramall Lane?

The Reds have now lost four Premier League matches in a row, with the wheels completely falling off this season.

What looked like a certain title assault at Christmas has turned into a struggle to finish in the top four, as injuries and poor form have impacted on the team.

On Sunday night, Liverpool visit a Sheffield United side propping up the rest of the table, in a dismal campaign under Chris Wilder.

With the match on the horizon, we spoke to Sheffield Star writer Danny Hall (@dannyhall04) to hear all about the Blades’ woes, Rhian Brewster, Liverpool’s season and much more.

It’s been a miserable season for Sheffield United, but what’s gone wrong?

It’s difficult to pinpoint one thing because it’s a buildup of a lot of different factors, in my view.

The Blades have had a remarkable injury record – only two outfield players in the squad have not suffered this season – and the loss of Jack O’Connell, in relative terms, has been bigger for United than Virgil van Dijk‘s for Liverpool.

They have also suffered far more than any other Premier League team from having games played behind closed doors, because the United crowd give the players that extra few percent, enabling them to compete with a lot of teams at this level.

Without the fans, many games have essentially reverted to training games and the better players have more often than not prevailed.

United also suffer from a lack of Premier League quality.

They have spent healthily on transfer fees, by the club’s standards, but the wage ceiling at the club prevents them from competing for players who are proven at this level – hence signing players like Rhian Brewster.

Is Wilder still the man to take the team forward?

Wilder has an immense amount of credit in the bank anyway and this season has been a perfect storm in terms of things that have gone against his side.

He has spent more money than any other manager in the club’s history, but is hamstrung in that area by the restraints I spoke about.

He was also denied any signings in January to give United at least a fighting chance of survival, after initially being told he could bring in a couple of loans.

It was basically an admission from United’s board that they were beyond saving, which is completely at odds with Wilder’s never-say-die attitude.

There is no manager on the planet who could get more out of this squad than him, and thankfully, the club’s owner Prince Abdullah seems to share that view.

Who have been the Blades’ three best players so far this season? 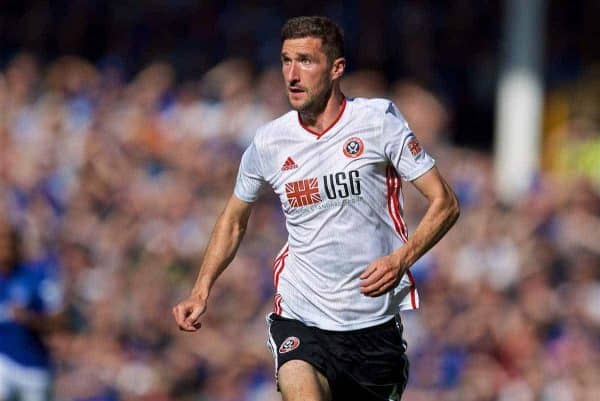 Chris Basham, John Egan and Sander Berge. Typically, going back to the problems I mentioned earlier, all three will miss out on Sunday with injuries.

David McGoldrick is the club’s top scorer and Jayden Bogle has been very impressive since he was introduced to the squad.

Last season, it was difficult to pick a Player of the Year because there were so many different candidates – it could be as difficult this time around, but for different reasons.

How has Brewster fared? It looks like it’s been tough for him…

It has been, although his introduction to Premier League football was about as difficult as it could get – after a brief cameo off the bench against Fulham, his first three starts for the Blades were against Liverpool, Man City and Chelsea.

He’s still to get off the mark, but in mitigation, has hardly had any chances to miss either.

There have been some moments when he has shown glimpses of the quality that persuaded United to make him their record signing, but I think that it’s fair to say that both club and player will have expected to have seen a little bit more to date.

Switching our attention to Liverpool, what’s gone wrong for them this season? 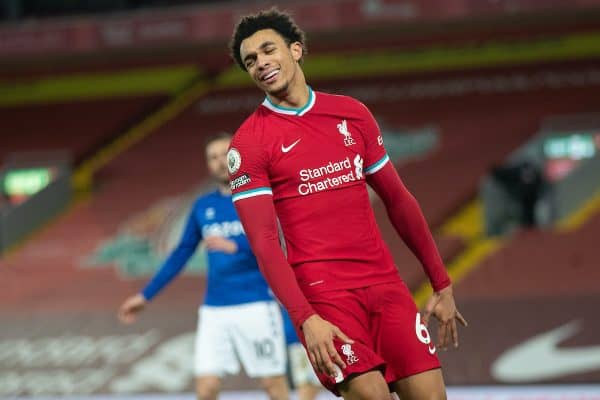 In a way, I don’t think any of the issues that have affected United have helped Liverpool either.

Van Dijk’s injury is obviously a huge blow as he’s a ridiculous player, and the amount of centre-back partnerships they have had to field has been incredible.

This season has also generally just been a bit bonkers and nothing surprises me.

I think it should have an asterisk next to it in the record books because when fans look at some of the results in 50 years – like yours against Aston Villa – they will be scratching their head.

From what I’ve seen, Liverpool’s key players don’t seem to have hit the heights they did last season and the team looks a little jaded overall.

Could Jurgen Klopp have rotated a bit more, or does he not trust those in reserve? I haven’t seen enough to know for sure.

What I will say is that City have been frighteningly good this season and a lot of clubs, mine included, would swap positions in a heartbeat!

But I understand it’s all relative.

Do you think the Reds will bounce back and be title contenders next year?

Liverpool will always be contenders because of the football they play and the manager’s attitude.

Klopp isn’t Wilder’s biggest fan after all the talk about five subs, but he’s clearly an unbelievable manager and will have his side fired up to go again and regain that crown that they fought so hard – and waited so long – to reclaim.

Looking ahead to Sunday, who do you fear most?

This question always makes me smile when I answer it because there’s quality all over the pitch and there’s nobody that you can single out.

The full-backs are usually unbelievably creative, I rate Jordan Henderson highly – I realise he won’t be fit on Sunday – and Thiago is unbelievable.

Then there’s Sadio Mane and Mohamed Salah, who will be licking their lips at the thought of facing a patched-up United defence with all of its first-choice three defenders missing.

Where do you think the key battles will take place? 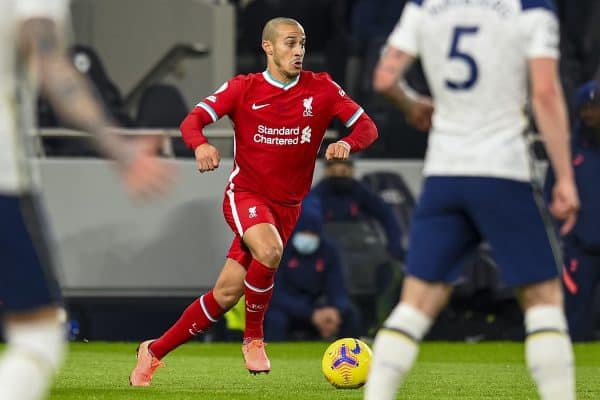 Whoever plays in defence for United vs. Salah and Mane.

To give themselves any chance, United have to shackle those two and also improve in midfield, looking to win the battle in there against a gem of a player in Thiago.

United may sense that they can cause problems of their own, though.

From what I saw of the Merseyside derby, Ozan Kabak had a difficult time, and by all accounts that’s not been a one-off. United may believe they can exploit any lack of confidence he may be feeling.

I can’t see anything but an away win.

United will compete, as they so often do, but I can see either a mistake or a bit of quality taking the game away from them.

I will say a comfortable 2-0 victory for Liverpool.