Shoretire made history on Thursday by becoming United‘s youngest ever player to feature in Europe.

At 17 years and 23 days, his substitute appearance livened up a 0-0 stalemate with Real Socidedad as the Red Devils won 4-0 on aggregate to reach the Europa League last 16.

Solskjaer had earlier spoken to BT Sport about the platform he had offered Shoretire.

However, in his pre-match press conference, he went into detail about the sorts of traits fans can expect to see from the teenager.

“Shola is going to be a good player for us and sometimes you need to test them against good players,” Solskjaer told reporters (via the Daily Mirror). “We knew Real Sociedad are a good team with good individuals and they press.

“We felt today Amad [Diallo] – he had to come on, of course, Dan [James] had to come off – and Shola, the two of them will need these little introductions to this type of level.

“He’s a young kid that we believe in. Great attitude. You can see the shape of him. We think physically he’ll be an athlete and technically very, very good. Makes good decisions.

“So, of course we’re going to gradually feed him into this team and, you know, he’s grounded, got his feet firmly on the ground and he works really hard in training.

“Very likeable boy that we hope we can see loads of in the future.” 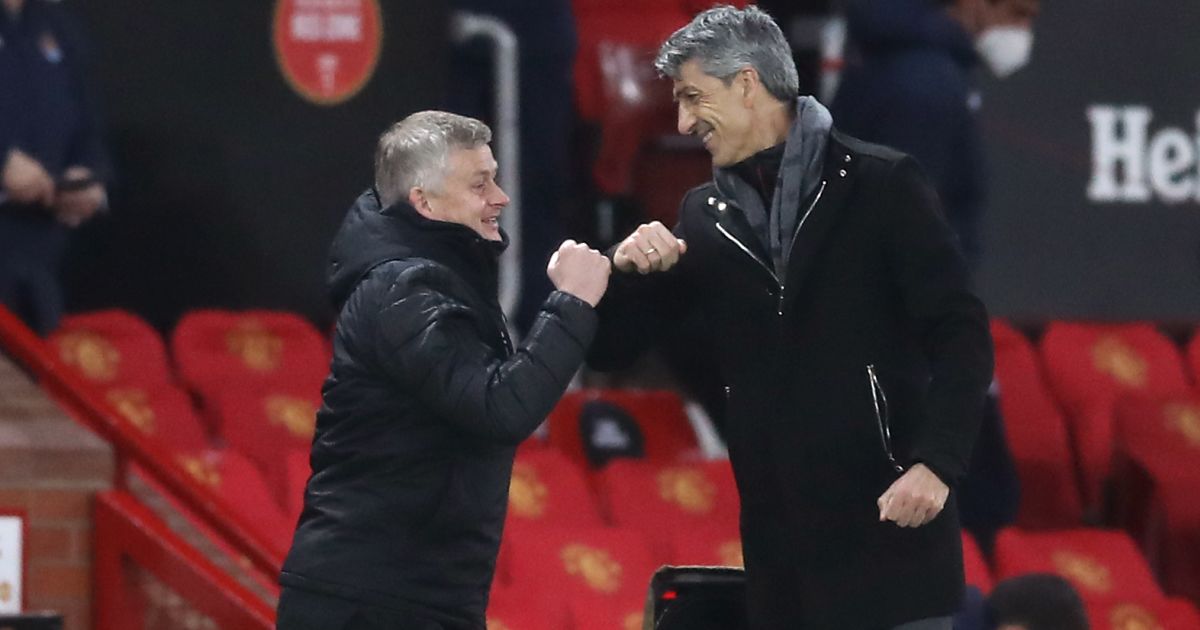 United return to Premier League action on Sunday against Chelsea.

But with their title hopes all-but over amid Manchester City’s form, winning the Europa League is firmly in the club’s sights.

Indeed, the Red Devils reached the semi-finals last season and Solskjaer is hopeful of going one better.