Bayern Munich’s Jamal Musiala has chosen to play for Germany over England – but who else has rejected the opportunity to play for the Three Lions?

Plenty of footballers have chosen the famous white shirt over other options, including Declan Rice, John Barnes and Raheem Sterling. But others have gone in a different direction.

We’ve collected 11 players who turned down the chance to represent England at international level.

After a sparkling performance against Lazio in the Champions League, which he capped with a goal, Musiala was the subject of fevered speculation over his international future.

Having been born in Stuttgart and raised in London, the midfielder was eligible for both England and Germany.

But the prodigious teenager chose Joachim Low’s team. He told The Athletic: “I’ve thought about this question a lot. What is best for my future? Where do I have more chances to play?

“In the end, I just listened to the feeling that over a long period of time kept telling me that it was the right decision to play for Germany, the land I was born in. Still, it wasn’t an easy decision for me.”!

With the multitude of creative options around the current England squad, Musiala’s decision looks pragmatic and sensible. 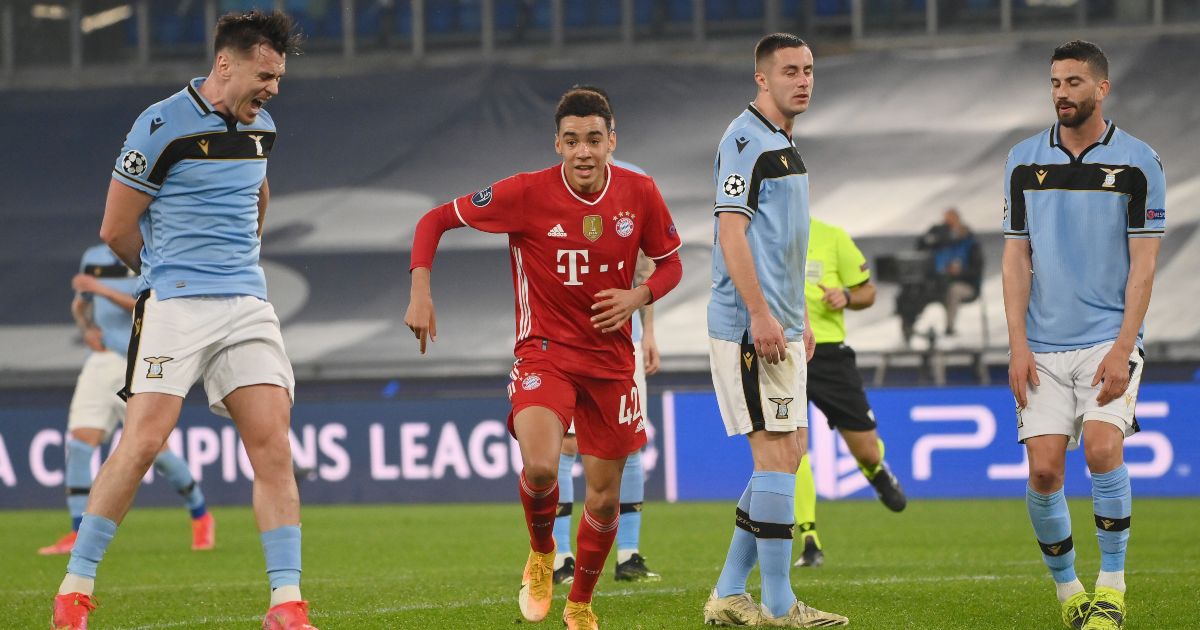 READ: All you need to know about Jamal Musiala, Bayern Munich’s starlet

Born in Cardiff to Welsh parents, Giggs went to school in Salford and represented England at schoolboy level in 1989 – captaining the team nine times and beating Wales 4-0 on one occasion.

But Giggs made his debut for the Welsh national team in 1991, robbing England of a solution to the infamous left-side problem.

“I’d rather go through my career without qualifying for a major championship than play for a country where I wasn’t born or which my parents didn’t have anything to do with,” Giggs said in 2002.

The biggest, and most regrettable loss.

Back in 2012, when Zaha made his only England appearance during a friendly loss in Sweden, the talent pool available to manager Roy Hodgson had never appeared so shallow.

Yet the Crystal Palace talisman chose to switch his allegiance to African heavyweights Ivory Coast in 2016.

Despite pleas from Gareth Southgate, Zaha was named in their squad for the 2017 African Cup of Nations and has scored five goals in 18 caps to date.

🏴󠁧󠁢󠁥󠁮󠁧󠁿 “Zaha would be playing in that England team now.”

😣 “At the time Southgate had ignored him and Wilf had had enough.”

Born in Sunderland, where his dad Claudio Reyna was playing in 2002, Reyna would have been eligible to play for the Three Lions.

Yet, since his dad captained the USA to two World Cups, his chances of representing anybody else were minuscule.

The 18-year-old made his international debut for the USA in November 2020 during a match against Wales and forms part of America’s potentially golden generation.

Moses was born in Nigeria but his parents were killed in religious riots in Kaduna, and he moved to a foster family in south London aged 11.

Having starred at Crystal Palace, Moses represented England at Under-16, Under-17, Under-19 and Under-U21 level before switching over to Nigeria in 2011 at the same time as Shola Ameobi.

The wing-back has starred in two World Cups for the Super Eagles, scoring a penalty against Argentina during a thrilling encounter at Russia 2018.

Perotta started every match during Italy’s run to glory at the 2006 World Cup, including the iconic semi-final win over Germany in Dortmund.

But things could have been so much different. Perotta’s parents ran a pub in Ashton-under-Lyne, the birthplace of Geoff Hurst and Jimmy Armfield, and he lived there until the age of five.

Allowed to choose between Italy and England, Perotta eventually plumped for the Azzuri.

If you downed your drink every time Clive Tyldesley mentioned this fact during the 2006 World Cup, you’d have been paralytic by half-time.

When Morgan chose to represent Jamaica over England in 2013, precisely zero eyebrows were raised.

When the centre-back captained Leicester to the Premier League title three years later, there was a scramble to double-check his eligibility – resulting in a very confused Harry Redknapp.

Back in late 2013, Januzaj was hotter than Lorde and the second Hunger Games film after proving to be the only bright spark in David Moyes’ malfunctioning Manchester United side.

Questions over his eligibility for England soon surfaced. With Roy Hodgson’s team looking poor on paper, hopes were high that the young winger could be tempted to play at the 2014 World Cup.

Also able to play for Kosovo and Albania, Januzaj eventually chose to represent Belgium and scored the winner against England during the group stages of the 2018 World Cup.

Two years ago, Adnan Januzaj scored one of the most beautiful goals at the World Cup 2018 🇧🇪🇦🇱 pic.twitter.com/9dW3qP4BCl

After impressing at Fulham, Sven Goran-Eriksson enquired about the availability of Saha for his Euro 2004 squad.

But the striker, who moved to Manchester United that January, rejected Sven’s overtures in the hope of appearing for France instead.

With an incredibly English name, courtesy of his father who was a former British soldier stationed at RAF Rheindahlen in Monchengladbach, it was surprising that Holtby rejected the chance to play for the Three Lions.

But the playmaker instead chose to represent Germany and played three times for them between 2010 and 2012.

Despite not quite living up to his potential, you’d imagine Holtby would have won more caps for England.

All you need to know about Jamal Musiala, Bayern Munich’sstarlet

17 of the best quotes on Ryan Giggs: ‘The player chosen by God’

Can you name every member of England’s 2002 World Cup squad?