Tottenham manager Jose Mourinho hinted his side still retain hope of qualifying for the Champions League through a top four finish, and offered an insight into the mind of Gareth Bale.

Tottenham breathed new life into their quest for Champions League qualification with  resounding 4-0 victory over Burnley.

Handed a rare start on the back of his Europa League exploits, Bale put in a virtuoso performance that the Clarets’ defence simply could not live with.

Two goals and an assist were notched along with playing a key role in Lucas Moura’s strike.

Speaking to Sky Sports after the match, Mourinho said: “We needed three points for the table, for the players to have a smile. That is the most important thing. We needed a good victory in the Premier League.

“We were quite clinical, it is very good to start the game and first chance to score, third chance score second goal and a half-time to be winning 3-0. That is important for a team that’s not playing especially well, losing matches.

“Normally we start and first mistake we concede a goal, today things went in a different direction. Burnley fight until the end and that kept us on our toes, I don’t remember Hugo Lloris making a great save and we were in control from the beginning.

“We need points, I believe lately in the Premier League we have had periods playing well and of course we need points. Today we got them in quite a solid way, we need that.

“Lots of matches to play in March, lots of difficult ones, plus Europa League. It is good to have players back.”

“I am happy because when his condition is good he can do things like today – his game was very good, not just scoring, changing speeds, going inside. I am very happy for him.”

Playing with Spurs duo why I signed – Bale 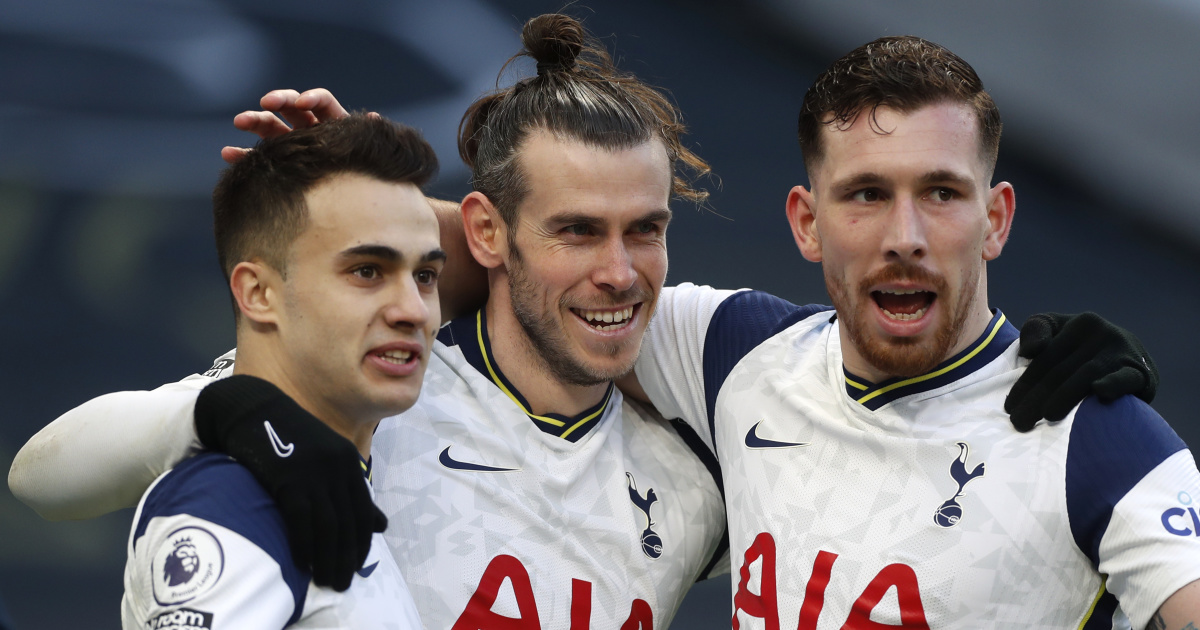 Man of the match Bale also spoke to the press, telling Sky Sports: “It was good, I have been building up a little bit to get fully fit – felt comfortable and my form is coming back, it’s nice to help the team

“It’s understandable, it’s been a while so I just continue to work hard. I know you get criticism but I am experienced enough to keep my head down, not say anything stupid and keep plugging away.”

Regarding his second goal, Bale added: “When you are in that position you try and use the guy to bend the ball around him, nice to see it go in and that really killed the game.”

The trio of Bale, Harry Kane and Son Heung-min tormented Burnley’s backline throughout with a series of lethal counter attacks.

When asked what it’s like to play with the established Spurs duo of Kane and Son, the forward concluded: “Playing with them is why I came here and what I wanted to do – it’s great to be on the pitch and feeling good, hopefully we can kick on from this and get some confidence.

“We know football isn’t fair sometimes and people will criticise but all we can do inside is keep going, and we showed that today.”