Fulham manager Scott Parker was delighted with his side’s display against Crystal Palace and insists they fear nobody in the league.

The Cottagers edged a point closer to safety after dominating the Selhurst Park goalless draw. It was not a great spectacle but the Craven Cottage outfit looked the most likely to score.

They were on the front foot for the majority of the game, restricting Palace to counter-attacks. Roy Hodson’s men failed to register a shot on goal, with the Fulham rearguard doing a solid job.

Neither side were at the races during the first 45 minutes. It was poor fair from both teams but the visitors were better after the break.

Josh Maja was lively and forced Palace keeper Vicente Guaita to make a spectacular save. But they could not get through to claim the points that would have taken them within touching distance of Newcastle.

Parker felt his side could have won it but is already looking towards the next fixture.

“There were some big chances today. In the first half we didn’t really assert ourselves and lacked a threat,” he said. “We changed that at half time. It was probably always going to be a 1-0 game and we did everything in our power to win it. Defensively we were very good. It’s a point and in the Premier League it’s a point gained. We move on.”

Fulham are now unbeaten in five top-flight games. They have won two and drawn three to give themselves hope of avoiding the drop.

The Magpies and Brighton are now just three points ahead while they will need to bridge a five-point gap to Burnley. It looks set to be a fascinating final 12 games of the campaign, with plenty of twists and turns.

Parker knows that his side need to win games to pressurise this above them but was happy to take something from the match.

“We certainly had our moments,” he added. “Very pleased with the team overall. Of course we wanted three points, but we get one.

“I was very pleased defensively. We saw that last game against Brighton that Palace are always in games. We nullified that very well.” 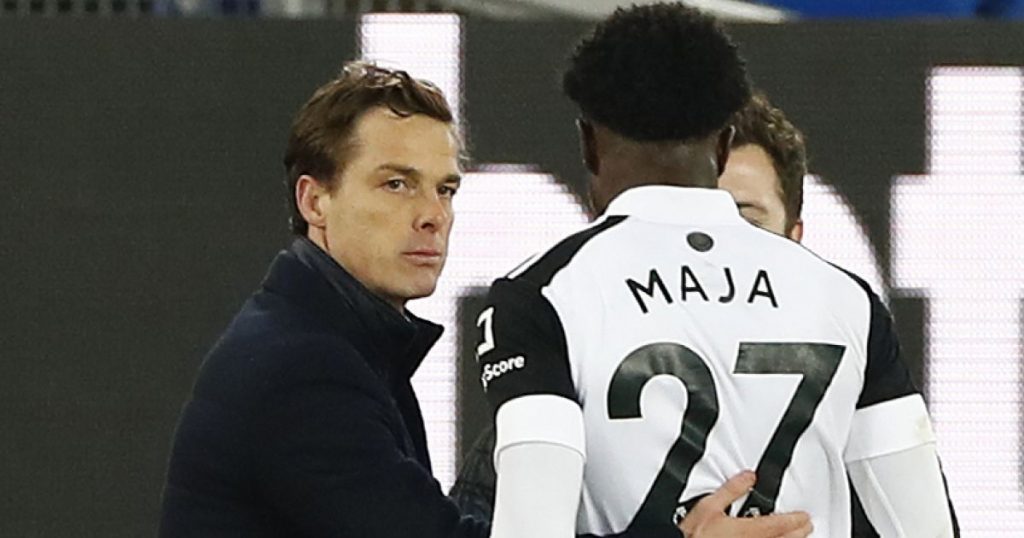 The next three games may well determine if the west Londoners do drop down a division.

They face Tottenham, Liverpool and table-topping Manchester City. They are not the clubs that Fulham would usually expect to take points from.

But Parker insists his men have every chance of pulling off a shock with the way they are playing.

“We will win games if we play like that. Today we fell a little bit short but performance-wise we were there,” he continued. “I personally believe we can give anyone a game in this division. We keep moving, keep progressing and there’s still a long way to go.”