Jurgen Klopp has hailed the form of Curtis Jones for Liverpool this season – and detailed the training ground conversations aimed to bringing the best out of the homegrown midfielder.

The 20-year-old has gone from strength to strength since debuting for the Reds last season. He was named Man of the Match after opening the scoring in Sunday’s 2-0 win at Sheffield United. It was Jones’ 29th appearance of the season.

Yet Klopp insists Jones is only just getting started and believes the player is destined for even bigger things.

Indeed, the German has detailed the conversations that have been held between the player and his coaching staff. He also says they have set him a target aimed to furthering his development.

“There is a lot to come from Curtis,” Klopp said. “The potential is exceptional.

“We had a lot of talks this week especially, a video session as well where we showed him he has to be more in these decisive areas because he is very good with the ball.

“His control is good. He controls the game really well and keeps the ball, that’s all really good.

“But a player of this quality, we needed him in the finishing situations as well tonight.

“It worked out pretty well so we’re happy about that.”

Jones also showed he’s a decent person too. After the game, he dedicated his goal to the memory of Jose Becker – the father of Liverpool keeper Alisson.

Diogo Jota to return against Chelsea

Klopp, meanwhile, is confident of having Diogo Jota available for Thursday’s match against Chelsea. 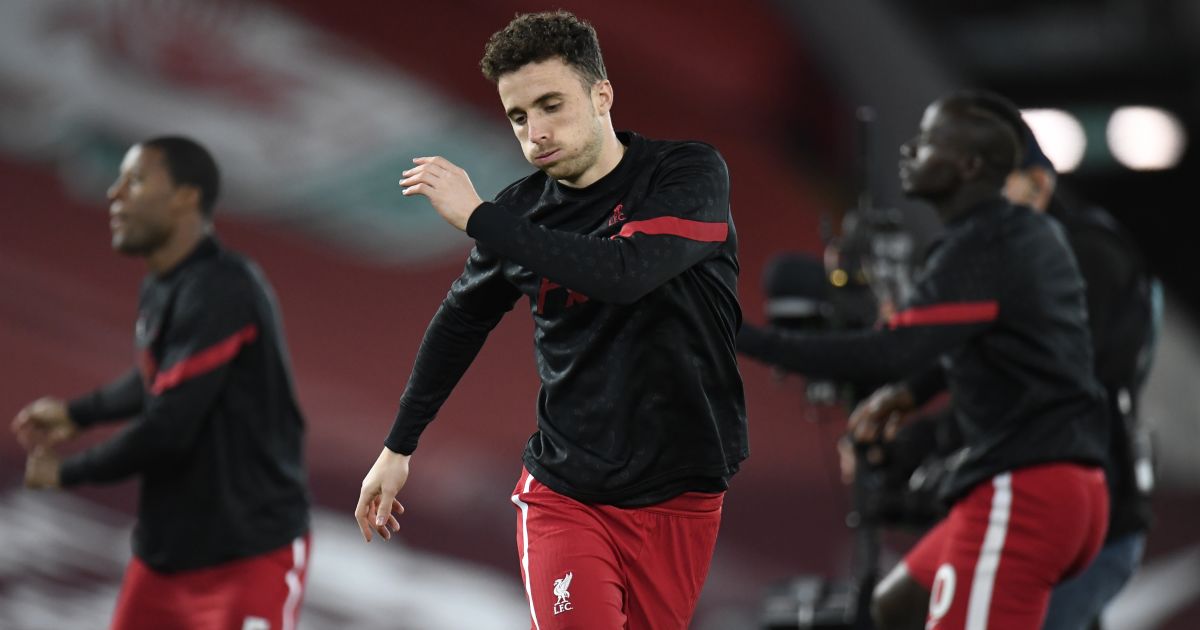