Garcia, 20, began his career with the Catalans, coming up through the club’s youth system before joining City in 2017. Initially playing for the Citizens’ Under-18 and Under-23 sides, he made his first-team debut in December 2018.

That was in the EFL Cup match and a Premier League debut followed in September 2019. The Barcelona-born starlet flirted with the senior side during 2019-2020.

But, following the resumption after the enforced Covid-19 break, he saw plenty of action at centre-back. However, he rejected the offer of a new contract last August and will be a free agent this summer.

A number of clubs were keen on the talented stopper. Arsenal were heavily linked during the January transfer window.

It was always thought that he would return to the Nou Camp but the Gunners seemed another option. However, Guardiola has now ended the hopes of any other suitors by confessing that Garcia’s future is set.

The Spanish tactician is a big fan of the player and feels he will go on to shine with Barca.

“Eric Garcia is like a son. He was a guy last season that after lockdown was our best central defender,” he said. “He never made a mistake and played in the quarter-final of the Champions League.”

“He’s going to play in Barcelona and he is not an average player.”

Barcelona coach Ronald Koeman wanted to sign him in January. However, the club’s parlous financial situation meant it was impossible.

That opened the door for other clubs to try their luck. But Koeman will have his man for next term and Guardiola admits it has been tough to let him leave.

“He is a top player. He was not selected in the last two games and it broke my heart,” he added. “That is why it is difficult for all the managers when you have a squad. You cannot imagine what it means.”

Writing on the wall

The City chief had expressed his concerns about losing Garcia in January. Paris Sant-Germain were also said to be keen and may have turned the centre-back’s head. 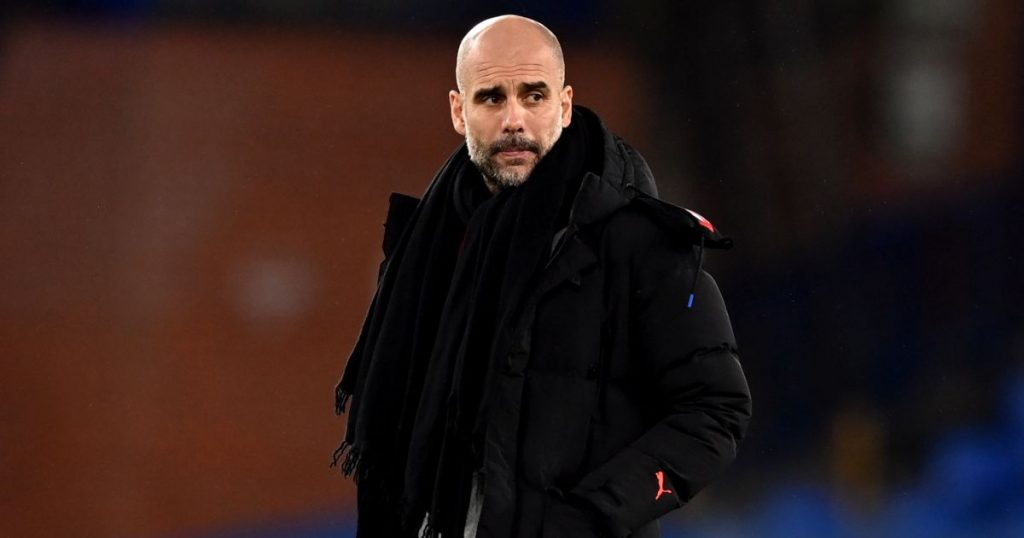 But personal terms with Barcelona are said to have already been agreed and the inevitable has now been revealed. Despite his tender years, the Spain star may well see plenty of action in La Liga.

The Blaugrana have endured a tough season by their own high standards. They are second in the table but five points adrift of Atletico Madrid, who have a game in hand.

A 4-1 drubbing in the first leg of their Champions League last-16 tie with PSG means almost certain elimination. There could well be plenty of player movement in the summer and Garcia will come into the mix.

READ MORE: Defender’s future up in the air