Liverpool reaction and news on Monday has been about the rare occurrence of a Premier League win! All very good – and the build-up to Chelsea starts now.

Varane the new name in the frame

We’ve had a whole list of centre-backs linked with the Reds already over the past few months, and more are sure to follow.

Whether any will come with the trophy haul and price tag of today’s name, Raphael Varane, is debatable – but don’t get your hopes up yet.

Mundo Deportivo say the Reds are keen on him if he doesn’t sign a new contract at Real Madrid, while fellow Spanish outlet Sport say Los Blancos want around €100 million for the 27-year-old if he departs.

Apparently, with his ball-playing ability, pace and consistency, he’s seen as the “perfect match” for Virgil van Dijk for next season and beyond.

That may be true, but few fans will be taken in by talk of a move for that amount of money.

It rather smacks of agent talk trying to shoehorn a better new deal for his client.

Mo Salah has had a bit of an up-and-down relationship with the Egypt national team – or rather, those in power running it rather than playing for the national side itself.

That could be the case again if they don’t get in touch with the Reds, with the news that the Egypt Under-23 coach Shawky Gharib told a national TV channel that Salah is one of the over-age players included in the “preliminary squad” for the 2020 Tokyo Olympics – which has been delayed until this coming summer.

If he goes, he’ll miss all or most of pre-season and likely the start of 2021/22, with the report claiming there’s no discussions with the Reds over the matter yet.

They will take place after the March international break and it doesn’t take a genius to work out that Klopp won’t be delighted at the prospect.

Fallout to win over Blades

It’s a pretty good feeling, taking the three points. We’d almost forgotten! Time to do it again on Thursday. 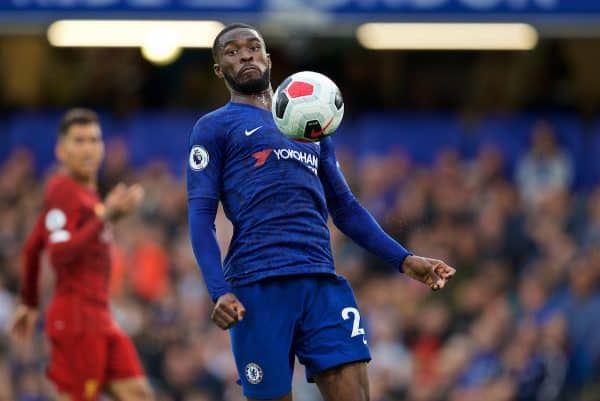 This, then, is neither a rumour nor even a news item of relevance. We’d like to build a 700,000-seater stadium, but don’t have the room, the finance or the planning permission, among other obstacles. See how that works?

Mohamed Salah has taken three shots from inside the six yard box this season. Two of them happened last night.

Tactical breakdown of our changed attack, courtesy of James Nalton.

Real Madrid and the Toni Kroos show while all their attackers are out. They’re playing Real Sociedad at 8.