West Ham United are reportedly lining up a bid for Besiktas striker Cyle Larin, who has been on the club’s radar for some time.

The Hammers had a January bid for the Canada international rejected as they searched for a replacement for Sebastian Haller, who left for Ajax.

David Moyes had Larin on his wish list when a deal for Sevilla’s Youssef En-Nesyri fell through.

Sabah claim that West Ham’s bid  for the attacker in the winter transfer window was worth €10million (£8.5million).

The source says the club will be more hopeful when they revisit negations this summer with Besiktas slapping a not-so hefty price tag of €15million (£13million) on him.

This is surprising considering the 25-year-old has averaged better than a goal every other game this season. Larin has netted 16 times in 30 matches across all competitions so far.

Besiktas are currently second in Super Big and in a Champions League qualification spot.

West Ham have a chance of qualifying for Europe themselves this season, but it may be the lure of the Premier League that tips the scales for Larin.

If a transfer does materialise he will becomes the 11th Canadian to play in the top flight of English football, following in the footsteps of Scott Arfield and Junior Hoilett.

According to Sabah, West Brom also tabled an offer for Larin, but the player rebuffed the proposal. He will see out the 2020/21 season before making a decision on his future. 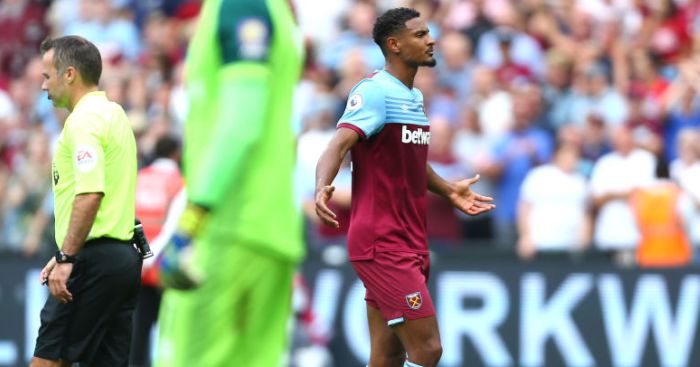 The man Moyes is trying to replace has spoken out about his “frustrating” time at the London Stadium.

Haller netted 14 times in 53 games for the Hammers after arriving as a club record signing in 2019.

The Ivorian has now expressed his feelings about his stint in England.

“Of course I feel frustrated because it is like I left without finishing something. That is a bad feeling,” he said.

“It was really frustrating to see games coming and no goals, sometimes not involved.

“The feeling that sometimes you don’t understand or cannot anticipate what your partner will do. It was really strange.”

Despite this, he admitted he wanted to his his former employers finish inside the top four.