Chelsea could have a decision to make about summer signing Hakim Ziyech, as Atletico Madrid reportedly want to lure him away from Stamford Bridge.

Ziyech was one of the many players Chelsea spent heavily on in 2020. The attacking midfielder had shone with Ajax and seemed like he would make an instant impact in London.

However, that has not been the case. Ziyech has not scored for Chelsea since October, and has just two goals to his name for the club.

Since the appointment of Thomas Tuchel as manager, Ziyech has only started two Premier League games. It has led to some reports that the Morocco international is unhappy with his situation at Chelsea.

For example, it was recently claimed that La Liga duo Barcelona and Real Madrid would be attentive to his situation. But they appear to have been joined by one of their Spanish rivals.

According to Fichajes.net, Atletico Madrid are interested in Ziyech.

Atletico are expecting to lose Vitolo at the end of this season, and will look to use the opportunity to bring in a more high-profile player. Ziyech would certainly be an eye-catching addition.

The report claims that Tuchel would allow Ziyech to leave, and that Chelsea may sell him for less than the €40m they spent on him.

The 27-year-old remains under contract at Stamford Bridge until 2025, but there seems to be a growing possibility that they will cut their losses on him. 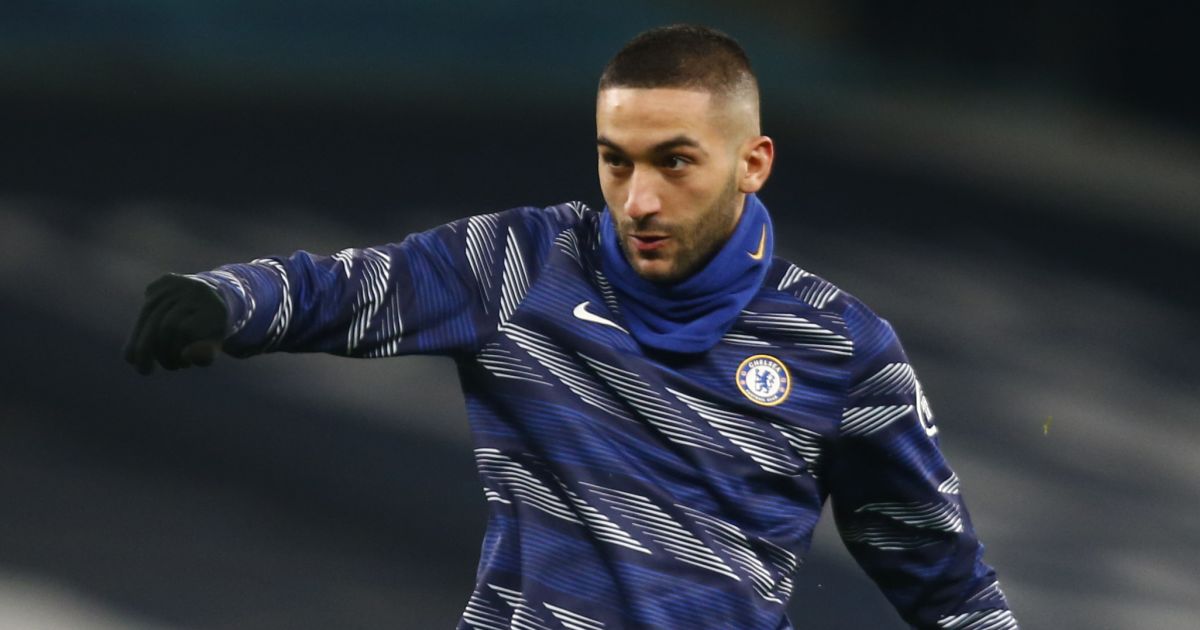 Speaking last month, Tuchel said: “It is my fault actually, not his. It is my hard decisions at the moment as well for Mason [Mount], Callum [Hudson-Odoi] and for Christian [Pulisic] sometimes in the half positions where we seem the strongest.

“It is the same for Hakim at the moment and for some other players. There were hard decisions to make. It is never easy but it is a good thing, we have quality to make our decisions.

“There are decisions for other players that means Hakim suffers. I can absolutely understand and agree with that. So it is my responsibility and fault in this case that he cannot show more of his potential.

“When the moment comes we expect the best Hakim Ziyech.

“This is not easy. I can agree and understand but this is how it sometimes is during some moments at a club like Chelsea with a squad that keeps winning.

“Sometimes you have to wait. He is not the only guy to suffer from these decisions and we will turn around and if he takes care and shows he is ready when he is needed. Things will turn around again I am sure.”