Everton are reportedly tracking the progress of young Stuttgart forward Silas Wamangituka but may face competition from another Premier League club.

Wamangituka, 21, has been turning heads with his displays for the Bundesliga outfit this term. The DR Congo ace, once linked with Liverpool, has scored 11 goals from 22 Germany top-flight outings.

But it is not just his goal production that has made clubs sit up and take note. Likened to Nicolas Pepe, he has dazzling skills and pace to burn, making him a formidable opponent for any defender.

Having made a name for himself with Ligue 2 outfit Paris FC, he moved to Stuttgart in August 2019. The man from Kinshasa was given plenty of game time in his first season.

And he responded well, netting seven times as Stuttgart gained promotion to the Bundesliga. The youngster has taken his game to another level in 2020-2021, starting 21 of the club’s 23 league games.

Manager Pellegrino Matarazzo has placed his trust in the starlet and not been let down. He has helped Die Roten into 10th spot in the standings, with 32 points to their name.

They are 14 points clear of the relegation places. And so it is now just a case of trying to climb the table, with an outside chance of qualifying for Europe.

The off-season is likely to see many clubs test the water. He penned a five-year deal at the Mercedes-Benz Arena in 2019 and so Stuttgart hold all the aces.

They will doubtless look for a hefty transfer fee if they do decide to let him move elsewhere. Wamangituka provided three assists in his first season for the club and favours playing on the right of an attacking three.

Everton’s interest is known but Fulham are also thought to be interested. However, they are embroiled in a relegation battle and a drop to the Championship would hamper their chances.

Other clubs in Germany have also been linked but Eurosport are suggesting the English duo have sent scouts to view him.

African a replacement for James?

It seems as though Wamangituka plays a similar role to that of James Rodriguez. He is adept at linking up play and arriving in the box at the right time to threaten goal. 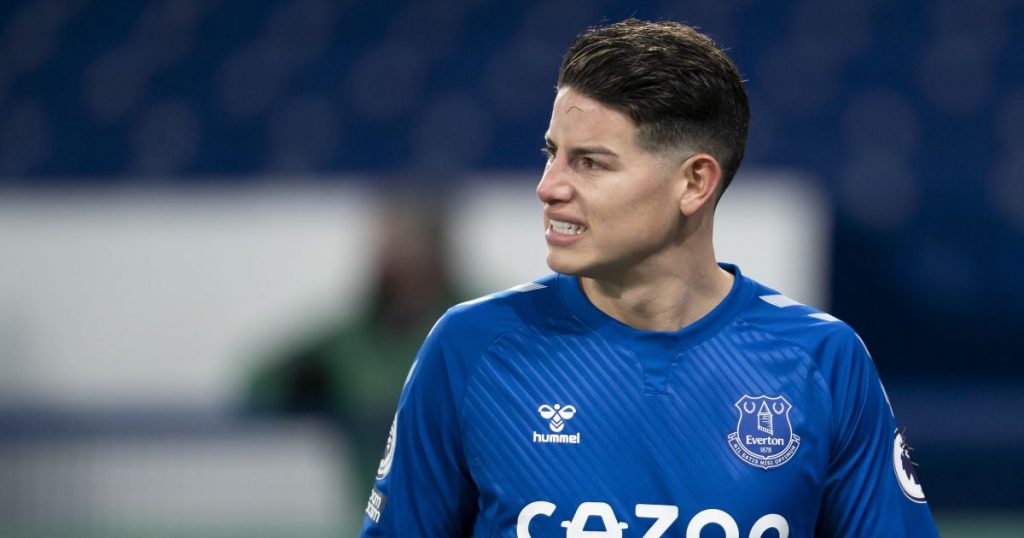 It remains to be seen if the Toffees follow through on their interest. If they do, it could spell the end of the Goodison Park road for James.

Reports claim the Columbia international is not happy on Merseyside and might seek a summer exit. It seems as though Carlo Ancelotti might already have the perfect replacement lined up.