The 20-year-old landed on Merseyside on a half-season loan deal to help sure up a defensive line that had seen three senior options dealt season-ending injuries.

And while a valuable presence for the short-term, Kabak also has the incentive of convincing Liverpool to take up an £18 million permanent deal in the summer that they agreed with parent club Schalke.

It has not been the easiest of starts with Jurgen Klopp‘s side out of form, but he now has four games under his belt and against Chelsea he could play with his third defensive partner.

But one he is unlikely to play with in 2020/21 has been sharing some valuable tricks of the trade, with Van Dijk offering up treasured advice to the youngster.

“I have met with him. He is a really nice guy, a top person – like his talent! He gave me a lot of help and tips about football,” Kabak said of his interactions with the Dutchman.

“Now he is in rehabilitation but I hope he will be back soon and he will help us on the pitch also. 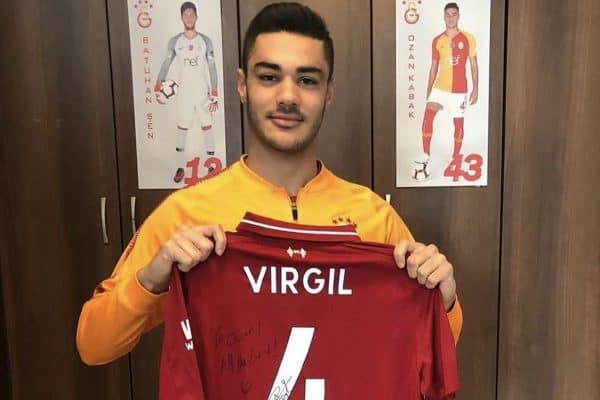 “It’s little things but of course it helps when you play, when you defend. He is such an experienced guy and his words are very valuable for me.”

Kabak has long been an admirer of Liverpool’s No. 4, as a photo on his Instagram page holding a signed shirt dating back two years shows as he thanked “one of the best central defenders on the planet.”

Currently, the pair’s interaction is limited to off-field as Van Dijk continues his rehab from a long-term knee injury but the Dutchman’s influence will be no doubt be beneficial to both Kabak and the Reds.

With injuries having plagued Liverpool all season long, Klopp recently spoke of the need for his injured figures to maintain their influence and he will be delighted with Kabak’s words.

“With so many injured players who are not available at the moment, and with most of them leaders, they are here doing their rehab and they all have to be influential,” Klopp said.

And here’s hoping it won’t be too long until the Reds can call upon that influence on the field, at the same time.