Chelsea are on an upward trajectory under Thomas Tuchel, but do their supporters sense a huge win away to Liverpool this week?

The Reds got back in the winning groove on Sunday, easing past Sheffield United at Bramall Lane.

Jurgen Klopp‘s champions have a far greater Premier League test on Thursday evening, however, as Chelsea make the trip to Anfield.

The west Londoners are one point and one place ahead of the Reds in the table currently, making this something of a top-four six-pointer.

Ahead of the match, we spoke to Chelsea regular (pre-COVID, at least!) Richard Long to get his thoughts on Thursday’s clash, how Tuchel is faring and much more.

It’s been an eventful season for Chelsea – how would you assess it so far?

It’s difficult to describe it as anything other than disappointing.

Following the summer transfer window, there was a genuine belief that Chelsea would push on from both a points and performance perspective, but it has not happened.

We’ve struggled for consistency in all areas of our play, and while we seem to have now found a solution to conceding goals and becoming ‘hard to beat’, we’ve lost our attacking flair and ability to create chances.

A combination of poor performances and injuries have meant the likes of Kai Havertz, Hakim Ziyech and Christian Pulisic just haven’t shown what they are capable of – on paper we arguably have the best attacking players in the Premier League to choose from.

Admittedly, we’ve done well in the cups so far, but it’s the league where we would have expected real progress to be made.

Was it the right decision to get rid of Frank Lampard?

Performances and results had been underwhelming in the games leading up to his sacking, but it was madness to get rid of him when you consider the job he did for us last season to get us into the top four

Given the stuttering nature of most of the big teams this season, he should have been given more time to work on the new signings and find a settled starting XI.

It wasn’t surprising that he was given the sack considering Roman’s track record for culling managers, though, and I felt like some credit should have been applied to Frank’s legendary status within the club.

I am yet to speak with any Chelsea fan – or rival fan for that matter – who agreed with or backed the sacking, to be honest.

It was a bitter and painful departure of a club legend, but he left behind some great memories of his first season with us and blooding our academy players.

What has Tuchel changed to bring more positive results?

Tuchel has certainly made us more solid by playing with three centre-backs and two wing-backs – that’s reflected in the few chances and goals we’ve conceded since he’s taken over.

He seems to favour a possession-based style, too, where we dominate the ball – not dissimilar to Maurizio Sarri but a world away from the exciting attacking football we’ve been used to under Frank.

Tuchel also seems willing to give a clean slate to all players, which has probably helped boost morale and created more of a battling spirit within the team to get a starting spot.

The likes of Jorginho and Marcos Alonso have forced their way back into the team, which naturally gives the other players a bit of a kick to up their levels.

It’s very early days still, though, and while results have been fine, I certainly don’t buy into the media’s view that we are much-improved and behind the worst of our form.

Some of the performances under Tuchel have been mediocre and he is going to need a lot of time to get the team performing how he wants.

Who have been the Blues’ three best players this season? 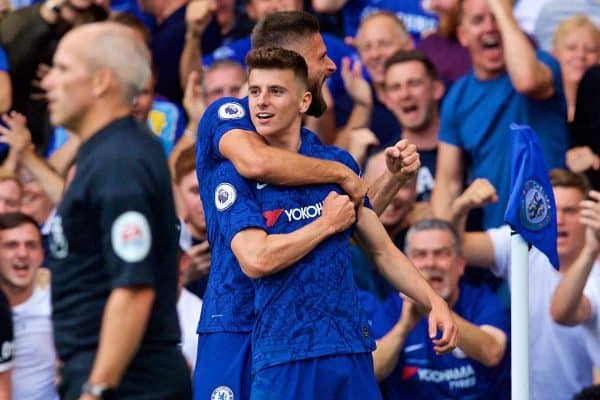 Mason Mount has been our best player, by a distance. He won’t be a favourite of the modern-day ‘stat lover’ football fan in terms of goals and assists, but he is the engine of the team and is so positive in the way he approaches the game.

His attitude and desire to improve will no doubt see him progress through the ranks and I wouldn’t be surprised if he’s made club captain in a few years. A firm fans’ favourite and one of our own from the academy.

Reece James has also had an impressive season. Defensively, there’s some work to be done still and Tuchel hasn’t always started him because of that, but he’s an exciting player to watch and continues to progress well.

Yes, he hasn’t hit the goal numbers he should have and someone reading this is probably going to put a link to his bloopers reel of misses this season in the comments section, but he’s been effective.

During this dry spell, he hasn’t hidden like so many of our previous strikers – see: Alvaro Morata – and he’s kept on giving everything and created most of our attacking threat from his runs into the box.

If he can just regain his confidence in front of goal, he’s going to be one of the best strikers in the league – I have no doubt about that.

On the flip side, have any individuals been poor?

It hurts a bit to say it but Tammy Abraham hasn’t got going this season. He’s our top scorer, but his general play doesn’t seem to have improved and there are too many games where the play passes him by.

If we want to challenge for titles again we need a real presence up top, which Tammy doesn’t offer.

Havertz, Ziyech and Pulisic, who I mentioned earlier, have all been really disappointing.

All of them have had long layoffs with injury, so I may be being unfair, but they should be providing the creative spark and chipping in with goals.

It hasn’t happened, however, and it’s been hurting us badly all season.

Switching our attention to Liverpool, why do you think they have struggled this season? 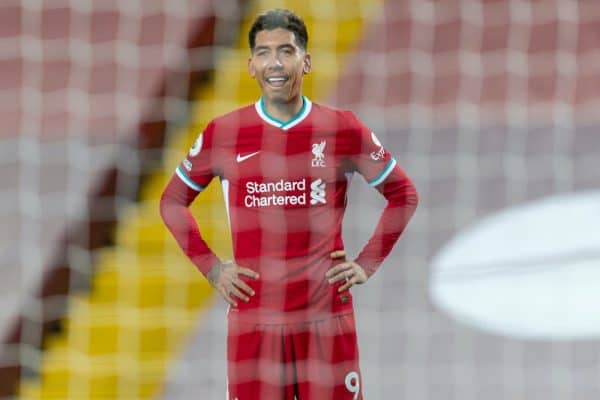 I think it’s always difficult after winning the league to go into the next season with that same hunger mentally.

Perhaps players have taken their foot off the gas slightly and the concentration has dropped off, which is only natural.

I wouldn’t go as far as saying Liverpool are a one-man team at all, but he’s their most important player and any team would feel his loss.

Combining that with the other significant injuries means it’s understandable why Liverpool have dropped off this season.

Do you think they will bounce back and be title contenders next year? 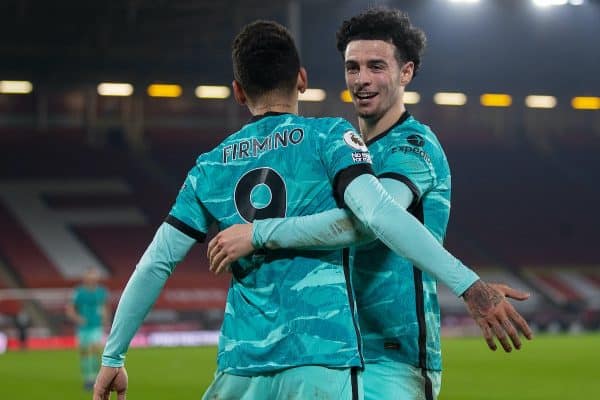 If the current players can stay fit then they certainly have a chance, but I thought it was odd that Liverpool didn’t spend big last summer and improve on the squad significantly.

You look at Man City’s bench with the likes of Bernardo Silva, Gabriel Jesus and Ferran Torres on it and compare it to James Milner, Xherdan Shaqiri and Divock Origi, and the difference in quality is massive.

It’s something I expect Liverpool will address in the next transfer window.

It will also be interesting to see what impact that injury has had on Van Dijk. Will he be the same player?

You just can’t underestimate how much he has carried Liverpool defensively in the last couple of seasons.

Looking ahead to Thursday’s game, who do you fear most?

I am always amazed – and this season has been no different – at the criticism Mo Salah seems to take from both Liverpool and rival fans.

Every time I watch him he’s the main threat, capable of scoring from outside the box or going through with his pace on goal.

He’s criminally underrated and I expect he could enjoy himself against Andreas Christensen and Antonio Rudiger, assuming they start.

Where do you see the key battles taking place?

I’m interested to see who starts in Liverpool’s defence, as that will be a key area we look to exploit.

I have a suspicion Werner might be used centrally and I think he will fancy his chances against the Reds’ patchwork centre-backs.

I’m also interested in seeing how Thiago gets on. He won’t be afforded time on the ball due to our high press and I wonder if the likes of Mount and N’Golo Kante charging him down may get the better of him.

At the other end, our defence will have their work cut out in containing Liverpool’s front three and I really fear for Christensen.

He had a great game against United last Sunday but is terribly error-prone. I don’t think he should be anywhere near our starting lineup. 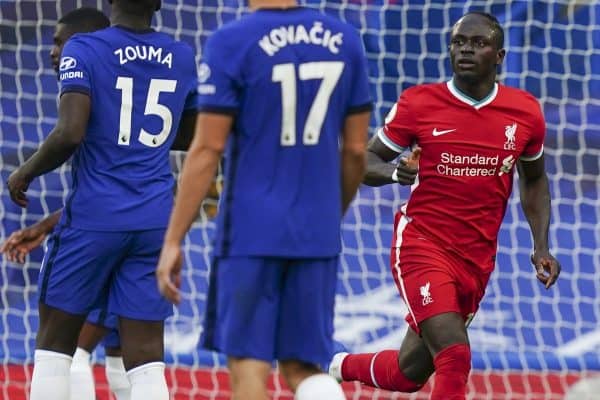 I’m going for an exciting 2-2 draw with lots of chances for both teams and plenty of VAR controversy thrown in!