Carlo Ancelotti has suggested for the first time he may have a top-four finish with Everton in his sights after their narrow 1-0 victory at West Brom.

A 65th-minute strike from Richarlison won the day for the visitors. But the hosts were left cursing their luck after scoring what they felt was a stoppage-time leveller. However, Mbaye Diagne’s strike was flagged offside. That decision was then backed up by VAR – but only by the tighest of margins.

Reflecting on the game, Ancelotti knows his side needed a lot of grit to get the job done.

“It was really hard, really difficult, but the Premier League is like this. West Brom has a lot of strength, fight, long balls and a lot of spirit. We needed to be ready and we were ready,” he told the BBC.

“Defensively we are strong and we have quality at set-pieces and on the counter-attack.”

Asked if a top-four finish was a realistic aim, Ancelotti hinted for the first time that his side were dreaming big.

“We’re doing well and now we’re in the fight at the top of the table. The season is still long but we are there and pleased to be there.

“I would like to say the season has been a fantastic one at the end of the season.”

Everton difference-make Sigurdsson felt Ancelotti got his tactics spot on and says they have a chance of the top four.

“I mean, we’re obviously confident. That’s a couple of good results in a row now for us,” he told Sky Sports.

“But it’s very tight at the top and down to the middle of the table. We’ve got to keep going, work hard and you need to get on a run now for the next five or six weeks.

“If you do that there’s a very good chance.

“Obviously it was a tough game, we knew they were going to defend deep and defend well,” he added. 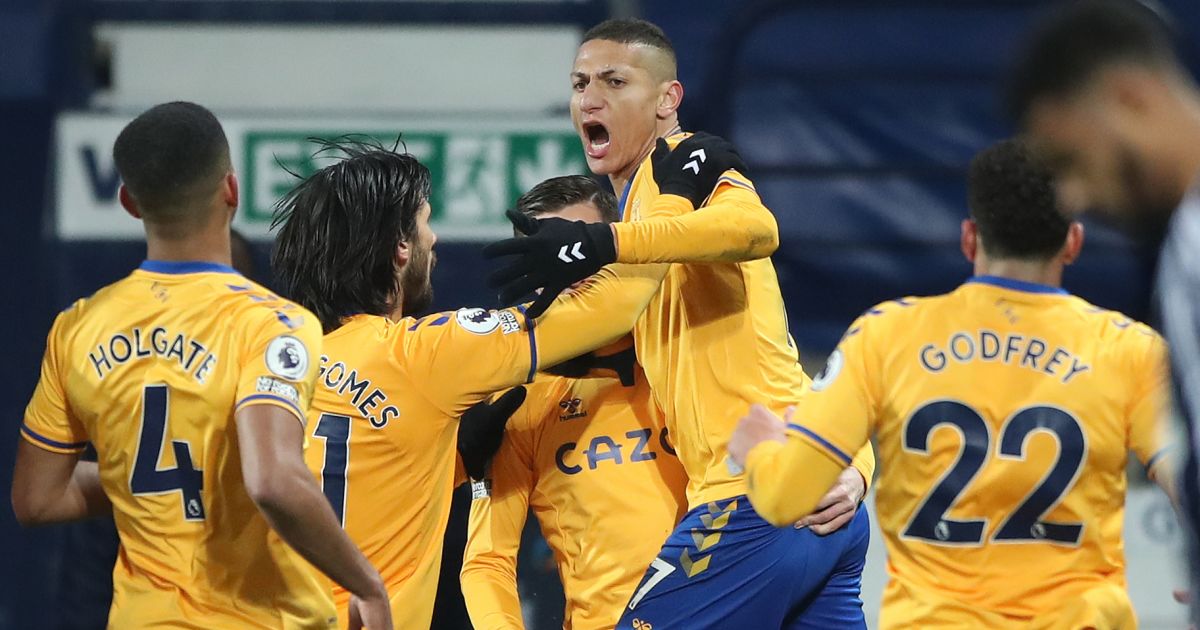 “We had an idea it might be a set piece that could win the game, and it was important to get the goal in the end.

“Allan coming on was probably about getting on the ball and getting us playing, sit in there and dictate us going forward – and then probably me to create or score a goal because it was 0-0.

“I think Carlo did well and I got the assist so I’m happy.”

Everton survived a late scare as West Brom thought they had equalised through Mbaye Diagne.

However, the striker’s foot was later shown to be just offside as the decision went to VAR, securing an important win for the Blues.

Sigurdsson wasn’t worried though, joking: “Never in doubt, it was a good line I think! Keano was sure it was offside so I trust him.”