Fernandes stakes a strong claim to be the Red Devils‘ best signing since Sir Alex Ferguson left the club in 2013.

The Portugal international has scored 34 goals and assisted 21 others in 62 games and has led his side’s charge for a top-four finish this season and last.

Nevertheless, Fernandes has proved a divisive character among fans and pundits. For instance, Ian Wright said that his constant on-pitch frustration must be “demoralising” for his team-mates.

Meanwhile, he has faced criticism for being a one-trick pony with penalties and for dropping off in games against United’s biggest rivals.

Speaking to Ladbrokes, Sharpe added himself to the list of Fernandes’ critics – using the remark about penalties as his reasoning.

“Over the last few months I’m not really sure you could say Bruno Fernandes has performed in the big games,” he said.

“I know everyone is raving about him and I’ll probably get slagged off for it but I’m still not quite sure about Bruno.

“He did come in and set the world alight but since then – apart from penalties – he’s not really done anything. For me, he seems to give the ball away far too cheaply and he’s not getting as involved as I’d like.

“Whether it’s down to where the manager is playing him or Ole [Gunnar Solskjaer]’s instructions on what he wants him to do, he just doesn’t seem to be getting involved anywhere near as much as he used to.”

United’s matches with Arsenal, Chelsea and Liverpool have all ended 0-0 this season. Indeed, Fernandes has struggled to inspire his team-mates in those matches, compared with other games. 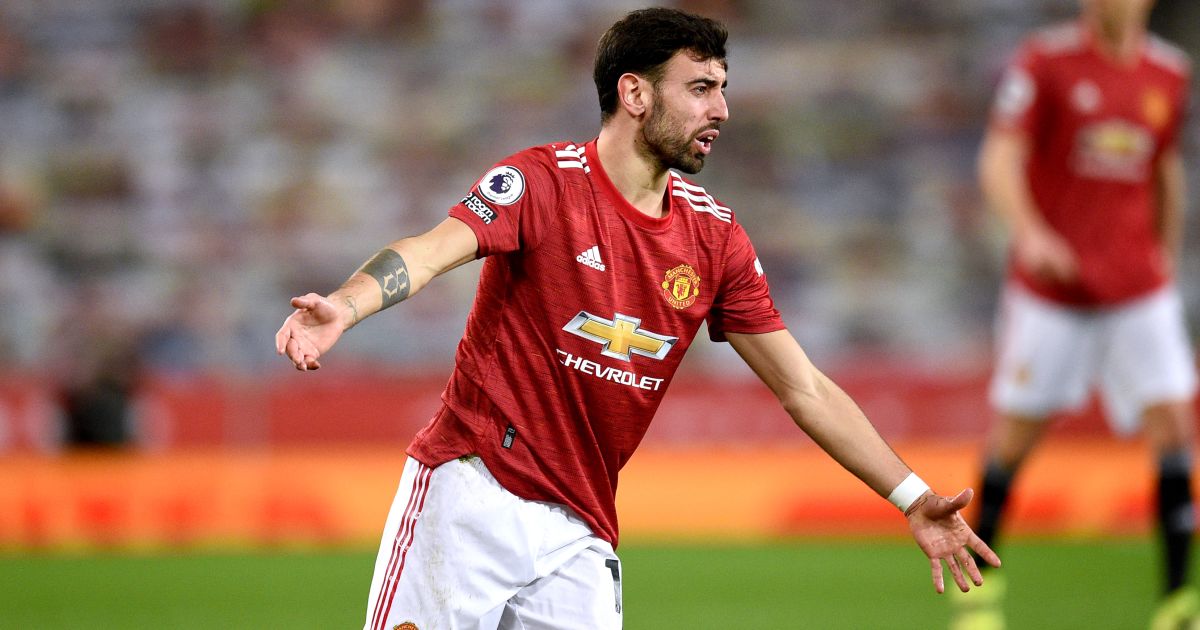 “It’s always going to be harder playing against the top teams, but that’s when you want your key players to stand up and produce something magical, but sometimes I feel like United sort of wing it in those games,” Sharpe added.

“They don’t really have a plan. Yes, they move it around and they pass the wall well but if they come up against a well-organised defence, they struggle to create anything and I don’t think they have a real plan in place at times.”