Jamie Carragher does not believe Steven Gerrard will be in any rush to leave Rangers for Liverpool, with the SPFL title lying in wait for the Whiston-born boss.

In his latest Telegraph column Carragher, a former team-mate of Gerrard’s, has lavished praise on the “new king of Scottish football”.

Gerrard’s Gers could lift the Scottish title this weekend – Gerrard’s first and the Ibrox club’s first for 10 years.

A win for Rangers against St Mirren at Ibrox on Saturday, coupled with Celtic failing to beat Dundee United on Sunday, will be enough. And Gerrard cannot wait.

He told Sky Sports: “For me it’s about becoming champions as quick as we can in any way we can do that.

“The important thing as a group is to just keeping winning football matches and it will happen when it happens.

“I totally respect that some fans might want to win it this way or that way – but I don’t think anyone will complain when we get this over the line.

“The important thing is to get that trophy back, get 55, knock all the 54s off the walls – that’s the main thing for me, adding to the wonderful history of this club.

“If it happens on Sunday in April or May, I don’t care so long as it happens.”

Gerrard’s first taste of managerial silverware will no doubt lead to talk about him succeeding Jurgen Klopp at his beloved Liverpool.

The 53-year-old German coach has transformed Liverpool since taking charge in October 2015, leading them to three trophies last season. That came after they won the Champions League in the previous campaign.

Klopp is under contract until 2024, and currently it is understood he will walk away from Anfield after the expiration of his deal.

There was speculation last month that he may decide to walk away before then, with his eye on the German national team job.

Klopp though, whose side are in a sticky patch of form, rejected the talk, he said:  “And what was the other thing? That I could leave? Would leave?.

“Ah – so did I get the sack or did I leave by myself or what? What is the word? What were the rumours about?”

Liverpool’s press officer made it clear there were rumours about leaving or taking a break.

Klopp continued: “Oh, neither nor. Neither nor. I don’t need a break. So I heard as well actually about… look the last thing I want to do is talk about private things in a press conference. 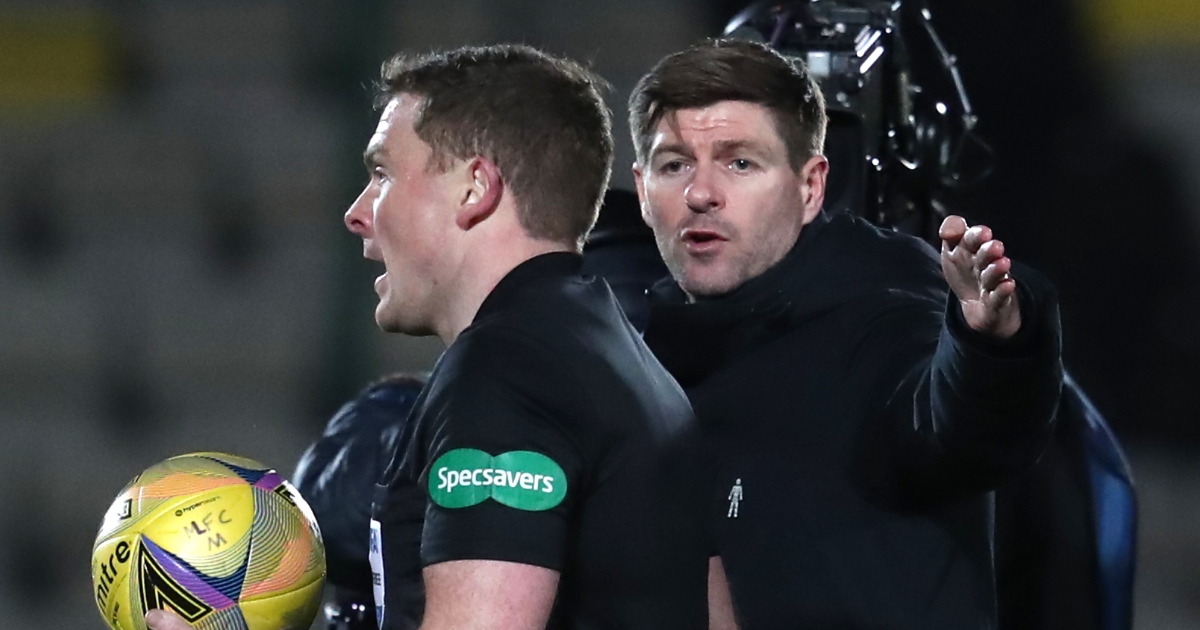 “But everybody knows, privately we had an absolutely tougher time, but that is not only for now three weeks ago or whatever, that was a much longer time already.”

When Klopp does decide to walk away, Gerrard will undoubtedly be on the short-list to replace him. However, Carragher does not believe Gerrard will move south for any old job. He also thinks Gerrard is in no rush to leave the Scottish giants.

Carragher wrote: “Collecting league titles in Scotland is no guarantee of securing one of our biggest jobs. Brendan Rodgers was given a brilliant opportunity at Leicester City, but he was still headhunted by a team seeking to get into the Champions League rather than established in it.

“Martin O’Neill took on a comparable position when his next role after leaving Celtic in 2005 was Aston Villa. But when Gordon Strachan and Neil Lennon left Scotland they joined Middlesbrough and Bolton Wanderers, both in the Championship at the time.

“If Gerrard continues to win big in Scotland, it is sure to land him many Premier League job offers, with the implication that managing a mid-table team in England is more attractive than being Rangers or Celtic coach.

Gerrard to ‘reign for a while’

“I am not convinced that applies in Gerrard’s case.

“There was a time when I might have gone along with the idea that Rangers is a good first stepping stone for my former Liverpool team-mate, and he should have his eye on a swift Premier League return in readiness for an inevitable Anfield reunion later in his career.

“Having seen what he is building at Rangers, I do not believe he has to leave Ibrox and prove himself anywhere else. Certainly not yet.”

Has Carragher spoken to Gerrard? More than likely, and he states his close friend is happy in situ north of the border, at least for the time being.

Carragher added: “The biggest tribute you can pay him is it is now Celtic who need to find someone of the required ilk to take on Gerrard.

“Best of luck with that. There’s a new king of Scottish football and he looks ready to reign for a while.”