Pep Guardiola believes Manchester United get better every time Manchester City play them – but still wants to increase the gap to their rivals in Sunday’s derby.

City have a 14-point lead at the top of the table and Guardiola is well aware of the importance of the game against second-placed United at the Etihad Stadium.

He said: “This game is important – like the previous one and the next one.

“I know how difficult United are. Every year they get better from the previous season, (they have gone) more than one year not losing away and they have good results at the Etihad.

“We have the good opportunity to increase the distance. We spoke in training about what we have to do to beat them.”

City have won their last 21 matches in all competitions as they chase an unprecedented quadruple.

Guardiola has been impressed by the hunger of his players.

He said: “It comes from themselves. It comes from inside, try to win. The smell when we win is so beautiful but, when we lose, the perspective will be calm.

“Today we trained incredibly well, tomorrow will be the same. I had incredibly hungry teams in my career in Barcelona and Bayern Munich.

“To do what we have done in these four years, still winning, to be there at the end, these guys have something special like in Barcelona and Bayern Munich.”

Guardiola has a fully-fit squad available for Sunday’s game.

Defender Nathan Ake is back in contention after recovering from a muscular problem, meaning that the Premier League leaders now have no players in the treatment room.

Guardiola said at his pre-match press conference: “Good news – Nathan is back. He made part of the training session and felt good. Everyone is fit and that is important for the next few weeks.” 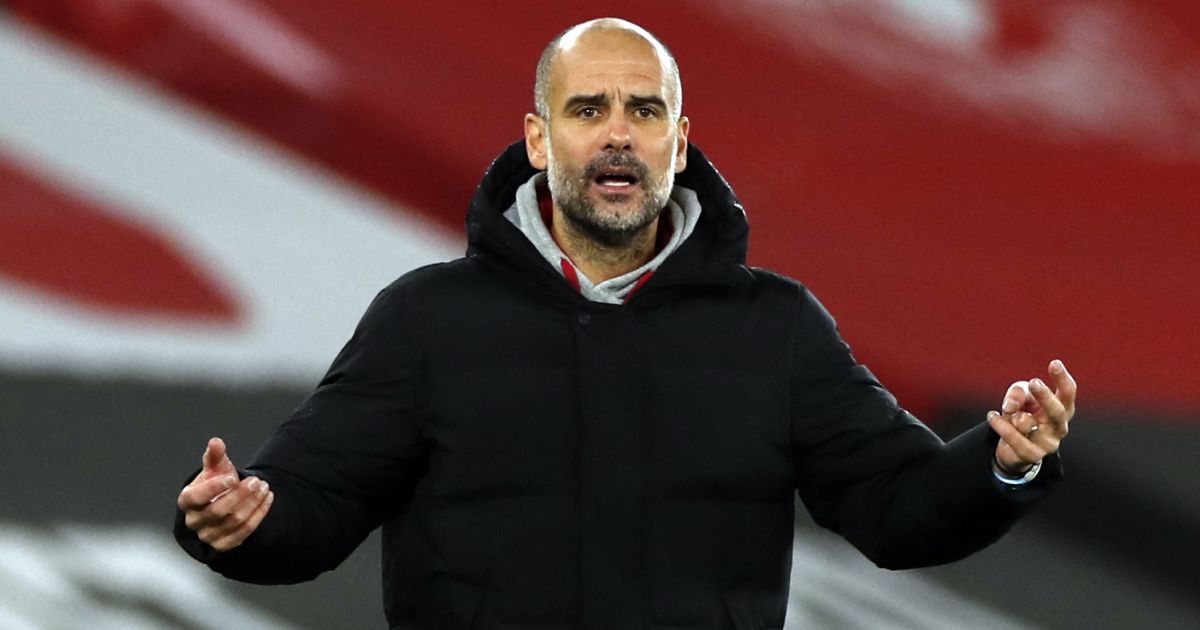 Meanwhile, Guardiola has said that any players needing to quarantine on return will not be flying away on international duty this month.

He said: “We didn’t speak. We will wait this game and maybe next game we’ll talk about it but it makes no sense to go there and come back to isolate for 10 days.

“We’re working incredibly hard, the break comes at important part of the season. It doesn’t make sense and they will not fly. If they can come back and train they will fly.”