Chelsea have learned that a top defensive target prefers a move to them over Manchester United, Wolves are willing to sell one of their top stars, while Saturday’s transfer gossip claims a Brazilian star is keen on a return to Stamford Bridge.

Chelsea look likely to win the race to sign Ibrahima Konate this summer, according to a report.

Konate has risen to prominence over the past few seasons with Leipzig. Still only 21, he has already made 88 appearances for the German giants to date.

Often playing alongside French compatriot Dayot Upamecano in the heart of defence, Konate is also outlining his future potential.

While Upamecano has already agreed to join Bayern Munich, a number of clubs are circling for Konate as well.

Manchester United and Chelsea are reportedly at the front of the queue for the Parisian.

However, according to a report in the Daily Express, Konate is likely to opt for a move to Stamford Bridge this summer. That’s because it’s claimed he would prefer to play for Thomas Tuchel over Ole Gunnar Solskjaer.

And with Tuchel already showing he’s capable of achieving clean sheets, it’s claimed he feels a move to Chelsea would be better for his career.

Furthermore, Tuchel’s No 2, Zsolt Low, also knows Konate from his time at Leipzig. Bild claim he can play a strong role in steering the player to Stamford Bridge.

Konate is likely to command a fee of around £40m this summer. Chelsea can help finance his signing by allowing Fikayo Tomori to complete a permanent move to AC Milan.

Brazilian midfielder Oscar has revealed his plans to return to Chelsea to ‘finish’ off his career. (Daily Mail)

Wolves will listen to offers for Adama Traore at the end of the season but will have to accept a much lower fee for the Spain winger. (Daily Mail)

Arsenal were close to sealing moves for Jadon Sancho, Jude Bellingham and Christian Pulisic before the trio made their names in Germany, claims former Gunners scout Steve Morrow. (Daily Mail)

Loris Karius is keen to see out the final year of his Liverpool contract away from Anfield, with the goalkeeper hopeful of staying at Union Berlin for another season. (Daily Mail) 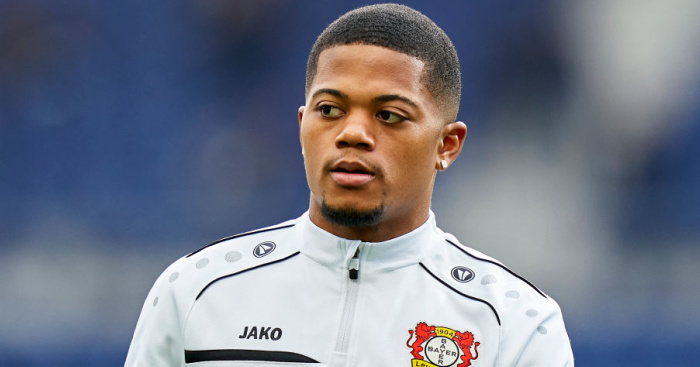 Manchester United have held talks over the status of Bayer Leverkusen forward Leon Bailey over a summer deal. (Daily Express)

Manchester United will have to pay Sporting Lisbon another £4.2m if Bruno Fernandes wins the Professional Footballers’ Association player of the year award. (The Times)

Marcus Rashford will wait until after Euro 2020 this summer before considering undergoing surgery on an ongoing shoulder injury. (Daily Star)

Harry Maguire is unlikely to be summoned to court for his appeal hearing in Greece this year. That’s because of a backlog in the country’s judicial system because of the coronavirus pandemic. (The Guardian)

Dean Henderson expects to be Manchester United No1 next season – with David de Gea facing an uncertain future at the club. (The Sun)

Arsenal lost almost £48m in the last financial year – in a downturn blamed on the coronavirus pandemic. (The Sun)

FIFA has confirmed it wants ‘robo linesmen’ to call offsides at next year’s World Cup finals. (The Sun)

Toni Kroos has slammed fans who branded him a ‘Nazi’ for criticising Mesut Ozil’s racism claims. (The Sun)