Liverpool manager Jurgen Klopp insists they will never give up on the Premier League even if the Champions League offers them a better option to extend their run in Europe’s top club competition.

A haul of just 12 points from the last 39 available has seen the Reds’ title defence end with barely a whimper and has left the players fighting for a top-four finish.

Winning the Champions League would offer a route back into the elite tournament but there is still a long way to go on that front even though they hold a 2-0 lead heading into next week’s last-16 second leg against RB Leipzig.

But Klopp said he would not allow Europe to take their focus off the fight on the domestic front.

“We play Fulham and three days later we play Leipzig and we are not in the next round,” he said.

“I can’t think about winning the Champions League now as we have to go through this difficult round.

“This week we play these three games, late in the season, with two days in between, Thursday, Sunday and Wednesday, and it is tough.

“We see who we can field on Sunday and then who can play on Wednesday. But it is not that we gave up on the Premier League, that will never happen.

“There is no game we can play and lose and people say, ‘Ah… look at the line-up’.

“Liverpool is too big, too many people are interested. We don’t play behind closed doors really without cameras, it is in front of our people. We feel the responsibility that in each game we have to give our absolute everything to win it.

“If that doesn’t happen then people will think, ‘That’s not enough’. We don’t change our attitude.”

Klopp opens up on Salah future

Liverpool boss Jurgen Klopp has had his say on the growing speculation surrounding the future of Mohamed Salah if Champions League qualification is not secured.

Liverpool are in the midst of a torrid run of form after losing five successive home league matches for the first time in their history.

The defence of their title has long since passed as Man City appear on course to regain the it. 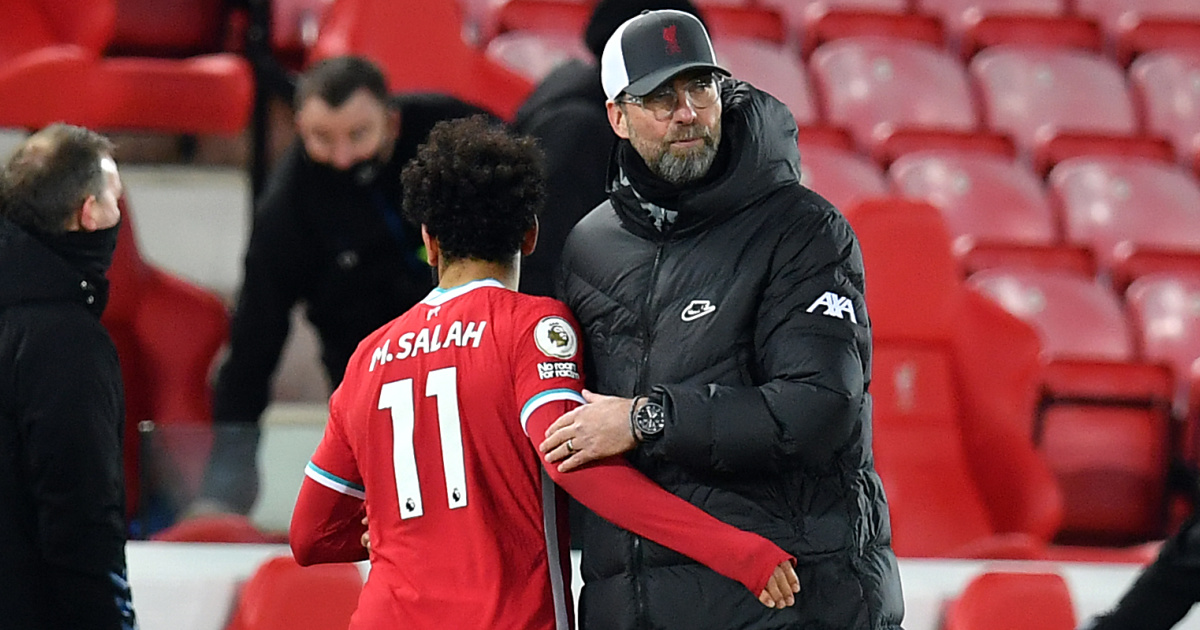 Much works remains to done, however, with the race for the top four set to define the Reds’ season.

Should Liverpool fail to achieve this, speculation has begun to swirl that talismanic forward Salah could be on the move.

The Egyptian has been a rare bright spark this year, currently topping the league scorers’ chart with 17.

Salah’s future has become a talking point at various stages throughout the campaign with Real Madrid said to be interested. The latest developed after his early substitution in their defeat to Chelsea on Thursday night.

That move sparked a cryptic tweet from the player’s agent. Klopp responded, moving to distance himself from the man in question.

Now, the German has opened up further on the situation, stressing no Liverpool player would hold the mindset of wishing to leave if their European aims are not achieved. Read more…