An own goal by Ben Godfrey and Jorginho’s second-half penalty were enough for Chelsea to earn all three points with a 2-0 victory over Everton.

Godfrey deflected the excellent Kai Havert’s effort into his own net while the German won the penalty giving the hosts a 2-0 advantage.

Chelsea dominated early on, with the front five looking lively. Jorginho in particular was superb, pulling the strings in midfield for Thomas Tuchel’s side.

The Toffees had to live of scraps and Richarlison was not given a sniff early on. Jorginho fired wide from distance on 20 minutes.

But 10 minutes later Everton won a free-kick just outside of the home side’s box. Lucas Digne’s effort spun behind for a corner after clipping the wall.

Just a minute later Chelsea were in front. Marcos Alonso whipped the ball in low from the right and Havertz swept home first time.

However, it took a hefty deflection off Godfrey and went down as an own goal. The goal only increased the Blues confidence and they continued to stroke the ball around with ease.

Everton were powerless to do anything about it and were pinned in their own half. Alonso should have made it 2-0 just before the break.

He found himself though on goal but Jordan Pickford managed to palm his effort around the post. As the half-time whistle sounded, Andre Gomes finally forced Edouard Mendy into a save with a solid drive.

It was one-way traffic in the first half and the hosts will have felt they should have scored more.

No luck for Havertz

Early in the second period, Digne fouled Reece James and was yellow-carded. The resulting free-kick saw Alonso’s effort just a yard wide of the target.

Havertz felt he had scored on 54 minutes. The German controlled Callum Hudson-Odoi’s superb ball over the top before burying it past Pickford.

However, he controlled it with his arm and VAR confirmed the referee had made the right call. Richarlison should have done better three minutes later when put through – his first touch let the Brazilian down.

On 58 minutes, James shot wide but had Pickford scrambling.

It seemed only a matter of time before Chelsea would add another, and it duly came. Havertz raced onto the ball in the area and was felled by Pickford. 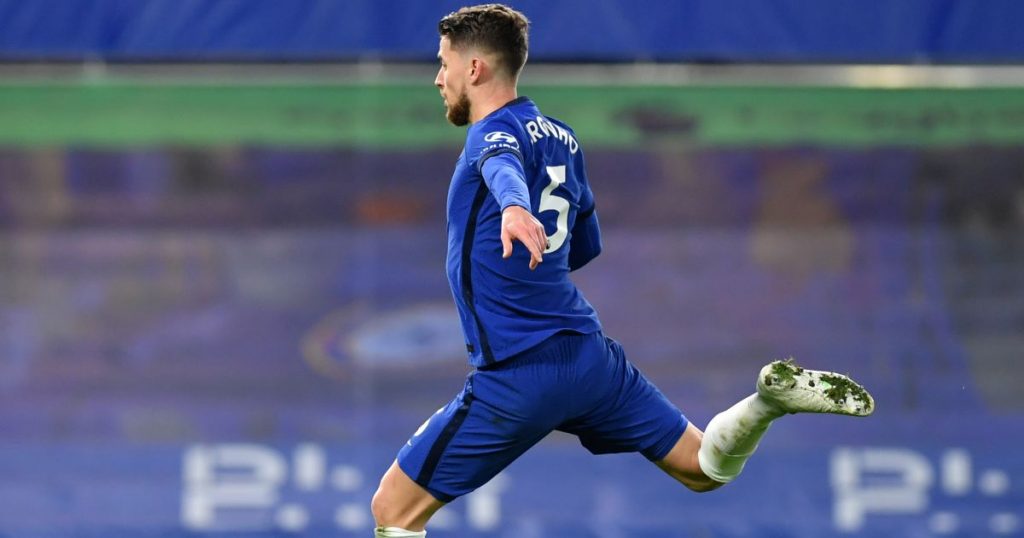 Jorginho sent the England keeper the wrong way with an assured spot kick.

There was a moment of concern for Chelsea as Kurt Zouma appeared to injure himself when losing his footing. However, the France defender picked himself up to continue.

It was no more than the Blues deserved. And, on 82 minutes Timo Werner should have made it 3-0 but his shot was too close to Pickford.

Pickford then pulled off a superb double save with five minutes to go to deny Werner and N’Golo Kante.

Chelsea stay fourth while Everton remain fifth. But, on this form, only one of these teams will make the Champions League.