There was no end in sight, literally or figuratively, as Michael Ngoo sped down the motorway near his London home.

After leaving Liverpool in the summer of 2014, the striker had led a nomadic existence, playing for struggling lower league clubs before Scottish Premiership side Kilmarnock took a chance on him.

But he had only made a few appearances when a tackle by Virgil van Dijk, then of Celtic, ruled him out of the game for two years and left him undergoing two lots of surgery to screw the bones in his ankle back together.

A spell at non-league Bromley and a short stint at Oldham Athletic followed, but Ngoo was consumed with depression and anger about how his career had turned out.

“I wasn’t just injured physically – I was psychologically shattered, as well,” he says. “Before I had my first operation, the specialist said to me that if my rehab did not go to plan then I would not play professional football again. He made that clear.

“I went through a very bad time. I’d get in my car, turn the music up and go on long and meaninglessness motorway journeys – and then I’d drive back home again.

“I was stressed and reflecting about what I should do because I thought that I might not be able to kick a ball again.”

East Londoner Ngoo, who rejected his boyhood club Manchester United to sign for Liverpool when he was 16, did not tell anyone how he felt. He was the bubbly guy who would light up a room and did not think that others would understand what he was going through.

And his troubles culminated in him being spared jail in 2018, having been prosecuted for selling nitrous oxide – also known as laughing gas – at V Festival two years earlier.

Ngoo, who joined Cypriot First Division side Enosis Neon Paralimni in January, says: “I was drinking and hanging around with people who I don’t even see anymore.

“I wasn’t playing football and I was up to no good. I was absolutely broken inside, but I wouldn’t show it.”

The son of Nigerian parents, Ngoo joined Southend United at a young age. His talents caught the eye of Manchester United, who invited him on trial when he was 16 and for whom he played alongside Paul Pogba and Jesse Lingard in the prestigious Milk Cup youth competition.

United offered him a contract, but then Liverpool swooped in. Despite his reservations, the striker opted for Merseyside.

“I grew up supporting United and I wanted to sign for them, but I had a lot of people in my ear telling me I should go to Liverpool,” says Ngoo, now 28. “I was only 16, so I listened to them and chose Liverpool.”

The Reds paid Southend £250,000 for his signature in 2009. Even though he left home at such a young age, he knew that joining Liverpool was a once in a lifetime opportunity.

He progressed through the ranks under the tutelage of current Manchester City assistant coach Rodolfo Borrell and academy director Alex Inglethorpe.

Ngoo became friends with Raheem Sterling, with whom he remains particularly close, Andre Wisdom, Conor Coady and Jonjo Shelvey, while he was a regular in the Under-18s and reserve sides. 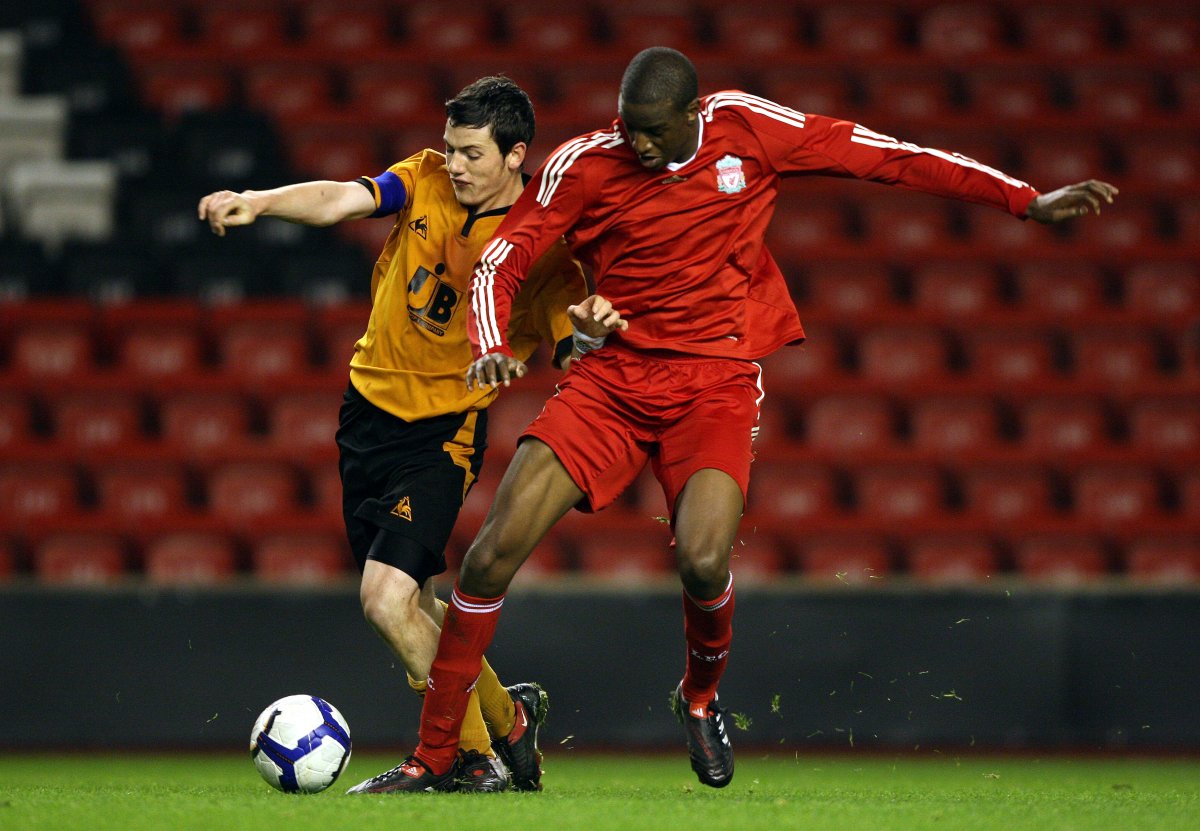 His decision to join Liverpool ahead of Manchester United appeared wise when he was called up to train with the first team under then-manager Kenny Dalglish.

“You usually get butterflies before a game, but I had them before I went over to train with the first team,” Ngoo says. “I had a lot of adrenaline going through me too, but I believe that those emotions helped me concentrate and prove myself. It was an amazing experience.”

In January 2013, Dalglish’s successor Brendan Rodgers suggested a loan move north of the border to Hearts, where he played in the Scottish League Cup final defeat to St Mirren.

“It was my first time playing senior football and it was a good experience. I had to change my way of thinking. If I played in a reserve game I would only think about my individual performance, but this was all about getting the three points.

“The other lads’ livelihoods depended on the results, so it was about the collective performance.

“The Hearts fans were incredible with me and my time there made me grow into a man. It is something that will stay with me for the rest of my life.” 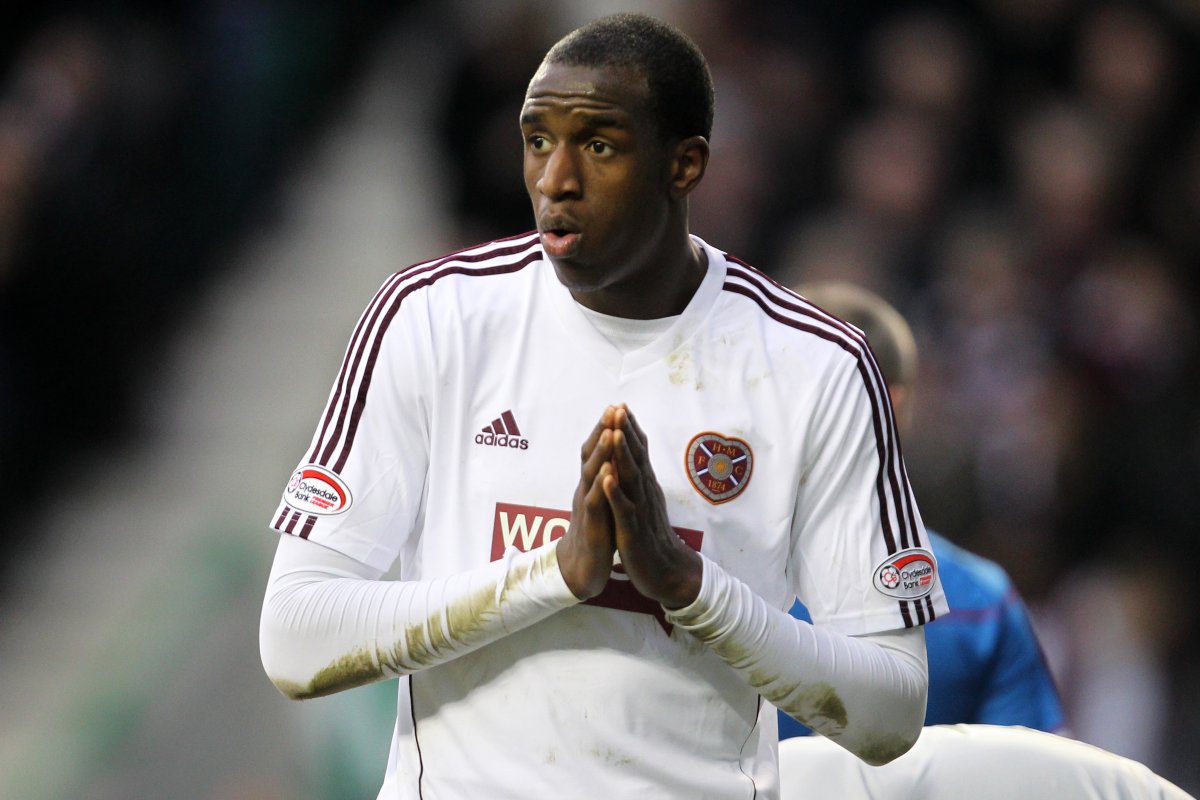 Temporary spells at Yeovil Town and Walsall ensued the following season but, out of contract in the summer of 2014, Ngoo knew his time at Anfield was up, with Sterling, Luis Suarez, Daniel Sturridge and Luis Alberto all ahead of him in the pecking order.

Months later, he suffered the aforementioned career-changing injury. At the time, he told The Mail: “I told our physio right away that van Dijk had tried to do me. Before the tackle there were a few words said between us. Then he came through the back of me. I think it was deliberate.”

Six years on, Ngoo is willing to be more forgiving.

“Van Dijk apologised through John Guidetti, a friend of mine, who was on loan at Celtic at the time,” he says. “The damage had been done, but I don’t hold any grudges.

“It made me think that things in life can change within seconds – it’s something I always try and explain to the younger players. You think you’re heading for the top and that it will last forever, but it doesn’t.”

He credits his parents’ support and his Christian faith with getting through the tough times, which saw him re-launch his career in Albania with KF Tirana.

“My mum kept praying for me and she helped me spiritually,” says Ngoo, who is father to a six-year-old daughter. “I wouldn’t have got through it without my faith.

“I never actually saw a psychologist, and I wasn’t against it, but I just prayed every day from the bottom of my heart. I have seen my progression since then, so I know that God is real.”

He arrived in Albania in September 2017, becoming the first Englishman to ply his trade in the Balkan country. His time with Tirana was hugely successful, earning promotion in his first season and winning the first division in his third campaign.

“I thought it would be good to change my environment and I don’t regret going there at all,” Ngoo says.

“My body wasn’t in the right shape to play in League One or League Two, so I thought I would go to Albania, where the football is more technical and not as physical.

“Tirana was a nice little city to live in and I made a lot of friends.”

Altogether, Ngoo scored 29 goals in 74 appearances, but his time in the Albanian capital was not without its difficulties.

He experienced racist abuse when Tirana played what he calls “village teams” and also fell out with the head coach, Ardian Mema, resulting in banishment to the reserve team.

“He was the new coach and he must have said something to me that would not have been tolerated in England. I spoke my mind and we had to be split up, but we played good football under him and we later became friends.”

Mema was soon replaced by Ndubuisi Egbo, who became the first African to win a European league as a coach. Ngoo found a kindred spirit in the Nigerian.

“He made the spirit of the dressing room so alive that we felt there was no way we were going to lose,” says Ngoo, who returned to England in the autumn after turning down a new contract at Tirana.

He felt his time in Albania had come to its natural end and he wanted to spend time with his family and daughter before embarking on a new adventure, which he found in Cyprus with Paralimni, signing a contract with the club until May.

“It’s a good club and we have a lot of good players. We have actually beaten the majority of the big teams in the league this season, but we just need to be more confident in the final third.”

As he sits back and reflects on his journey, he says he does not envy former team-mates such as Sterling and Coady, who have gone on to find fame and fortune in the Premier League.

“I still speak to them, and guys like Suso (now at Sevilla) and Andre Wisdom,” Ngoo says. “I could never be jealous of them – they are my friends and I know how hard they have worked. They deserve it.

“Everybody’s life turns out differently, and what has happened to me is the way it is meant to be.”

Adam Morgan: Being let go by Liverpool took me to a dark, dark place

Jon Otsemobor: I was unfairly tarnished at Liverpool for getting shot

Remembering when the press believed Liverpool were signing a fictional player