RB Leipzig wing-back Angelino is determined to win his individual battle against Trent Alexander-Arnold in the second leg of Liverpool’s Champions League Round of 16 tie.

Liverpool welcome Leipzig to Anfield on Wednesday night, looking to protect a 2-0 lead they earned in the first leg.

However, they cannot consider themselves through just yet. They have been on the right end of some impressive European comebacks enough times to know how quickly ties can turn around.

Their poor record at home in recent weeks will also be cause for concern. Jurgen Klopp’s men are currently on an unprecedented run of six defeats in a row at Anfield.

Hence, they will need to reverse those fortunes if they are to make sure of their place in the Champions League quarter-finals.

One of the key battles on the pitch will be out wide, with two attacking full-backs going head to head in the shape of Angelino and Alexander-Arnold.

“I think we did quite well in the first game, we were a few times behind their full-backs,” said Angelino. “Their technique on the ball is really good.

“Alexander-Arnold with the ball is unbelievable but he’s too offensive, but that’s his best.

“So we have to exploit the weakness and hopefully we can get a few more chances like we did in the first game. 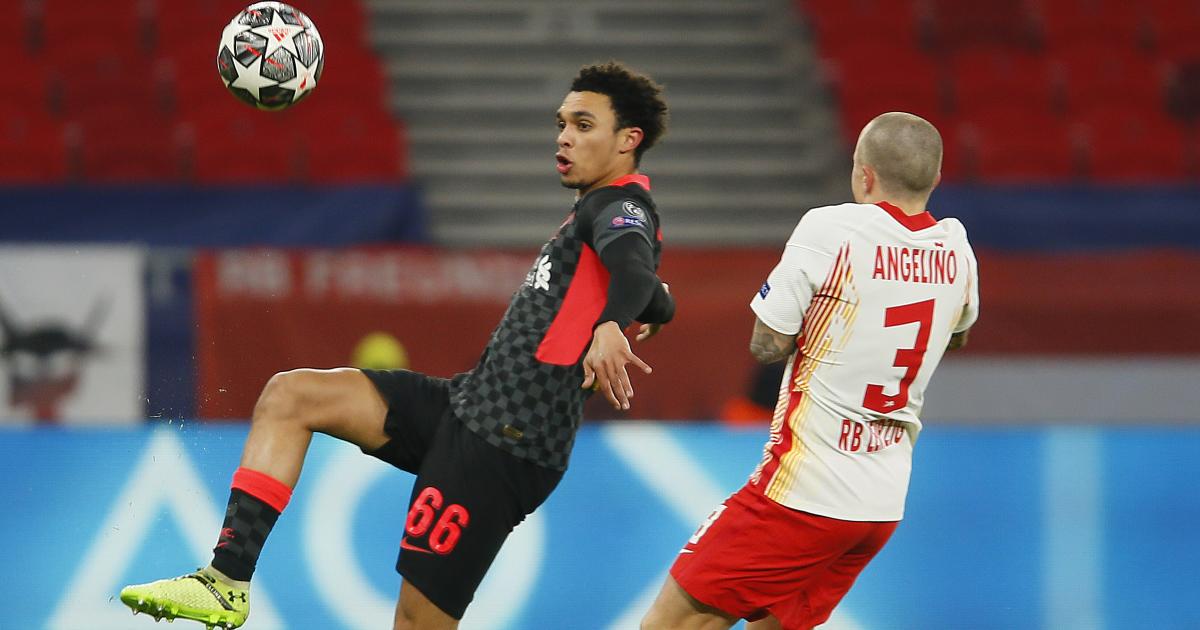 If Angelino is aware of the threat that Liverpool’s full-back can bring, then the danger from their more attacking players will give him something more to think about.

The 24-year-old highlighted the key qualities of Liverpool wingers Sadio Mane and Mohamed Salah, whom he will also have to keep quiet.

“Obviously their speed and their quality on the ball,” he said. “They are amazing players, they are a big difference.

“When you play against teams that have two players like this – not one – that they are very fast on the ball, can get behind quickly and have a good shot also, you have to take care of them.

“So we’re in a good position now. The pressure I would say is more on them than us. We are the underdog so we go from behind.”