Juventus crashed out of the Champions League at the last-16 stage as 10-man Porto went through on away goals after extra time.

Porto won the first leg 2-1 and advanced into the last eight after a 3-2 extra-time loss in Turin saw the tie end 4-4 on aggregate.

Sergio Oliveira’s free-kick, his second goal of the night, proved to be the difference as it beat a poor Juventus wall and squeezed past Wojciech Szczesny to put Porto ahead with seven minutes of extra time remaining.

The hosts went straight up the other end to restore their lead on the night through Adrien Rabiot but Porto held firm in the closing stages to seal a memorable win.

Earlier, Oliveira had put Porto ahead with a penalty only for a second-half Federico Chiesa brace to turn the tide back in favour of the Serie A side – especially as Mehdi Taremi had been sent off for the visitors in between Chiesa’s goals.

Porto stayed in the tie, with Pepe in fine form at the heart of their defence, and took the game into an additional 30 minutes, where the drama continued and Oliveira’s second effort eventually saw them through.

Elsewhere, Erling Haaland became the quickest player to 20 Champions League goals as his brace saw Borussia Dortmund progress at the expense of Sevilla.

The striker needed just 14 games to reach the mark as Dortmund drew 2-2 in an action-packed second leg – advancing into the last eight with a 5-4 aggregate win. 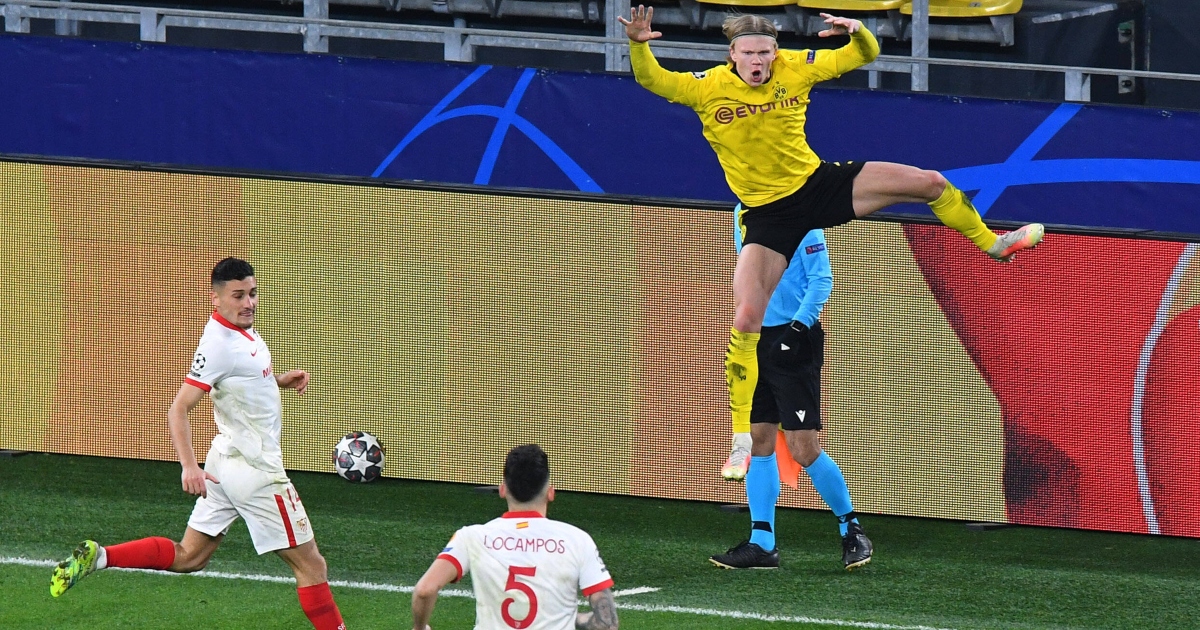 Sevilla kept Haaland quiet in the opening stages but he broke the deadlock 10 minutes before the interval as he tapped in a Marco Reus pass.

He appeared to score a fine solo second but had the effort ruled out for a foul before the VAR intervened and awarded Dortmund a penalty for an earlier shirt-pull on Haaland.

That would not be the end of the drama as Haaland’s penalty was saved by Yassine Bounou, who also kept out the rebound only to be penalised for coming off his line – with the spot-kick being retaken and Haaland making no mistake.

Sevilla continued to fight and gave the hosts something to think about as Youssef En-Nesyri pulled one back with a penalty of his own and equalised on the night with a last-gasp header.

Last season’s semi-finalists thrashed their Czech opponents 5-0 in the first leg in Paris as Marie-Antoinette Katoto struck twice with Ramona Bachmann, Ashley Lawrence and Luana Paixao wrapping up the win.