Liverpool midfielder Thiago Alcantara admits that the club’s recent form is something which would not even feature in his “worst nightmare”.

Six Anfield defeats on the spin – made worse off the back of a 68-game home unbeaten run – have left Liverpool‘s top four chances in peril.

In fact, the Reds have only won three games in the Premier League since mid-December.

However, the Champions League has proved a much happier hunting ground for Jurgen Klopp’s men.

Liverpool are into the quarter-finals after beating RB Leipzig 4-0 on aggregate. Indeed, they earned a second clean-sheet 2-0 win in Wednesday’s second leg.

“It’s been a tough period for all of us because we didn’t expect in our worst nightmares we would be in this position in the Premier League but we try to perform as best we can and try to get better,” Thiago told LFCTV.

“After this performance it is positive for all of us.”

A significant drop-off in intensity in the Premier League has hit Liverpool’s domestic results hard.

The Reds hoped their first-leg win over Leipzig would have acted as a springboard for better results, but that was not the case, Klopp’s men losing three of their next four league games.

Off the back of another trip to Budapest, however, Thiago hopes his side have hit a turning point. 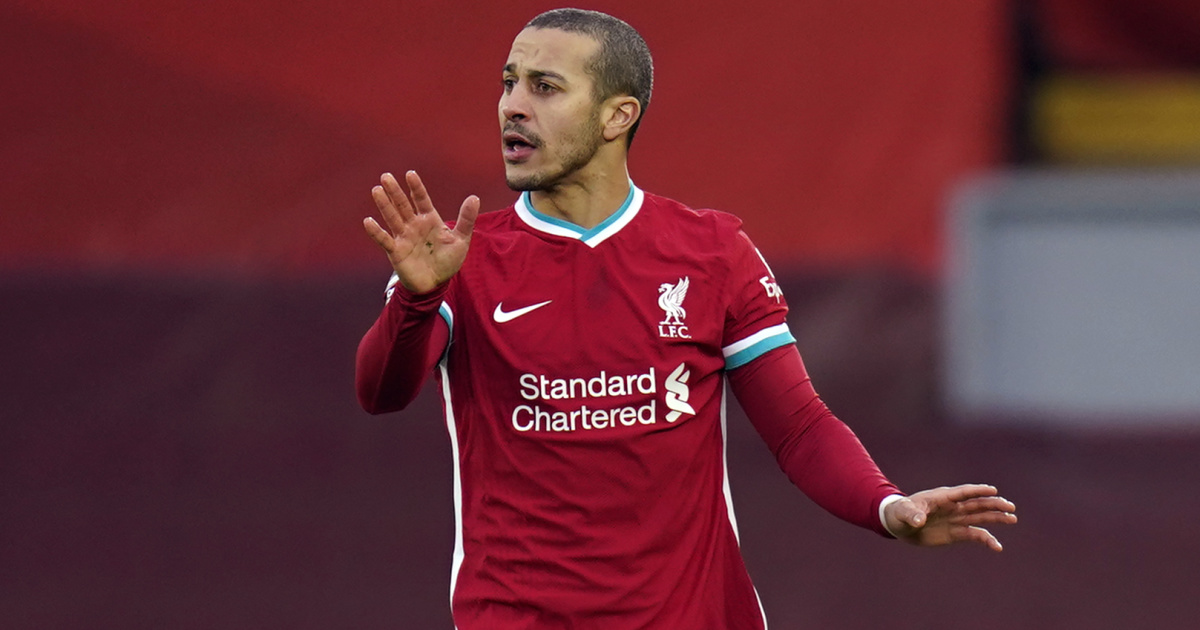 “It will help, that’s how it is. It will help but we know that Monday at Wolves is a different kind of game,” the Spaniard said.

“But if we play as good as we played [against Leipzig] then it will be tough for Wolves, that’s clear.

“We played a really good first half but we didn’t score with really big chances. The game was a little bit like a summary of our season: so we are good, we create chances but we don’t finish them off often enough.”

“But then we had the second half and used it there, that’s all fine. It’s much better than if we would have lost and would have been out of the competition – that wouldn’t have helped at all.

“But that (win) can help and we can see on Monday how much.”

Liverpool beat Wolves 4-0 at Anfield earlier in the season, when 2,000 fans were present on Merseyside.