Ole Gunnar Solskjaer believes that Manchester United were too slow in possession in their draw with AC Milan in the Europa League – but thinks the result was deserved.

United looked to be heading for a 1-0 win in the first leg before conceding an equalising away goal in stoppage time.

It means they will have to score at San Siro next week – and if the first leg was anything to go by, they can expect another close game.

Milan posed a tough test for United, also having two goals ruled out in the early stages of the match. Fortunately for Solskjaer, though, Amad Diallo scored a spectacular backwards header to give them a foothold in the tie.

Naturally, the manager was disappointed to see his side concede so late on. However, he does not think it changes too much about the challenge ahead.

“Very disappointed to have conceded with one of the last kicks of the ball, or head,” Solskajer told BT Sport. “That makes it harder of course, but it was always going to be going down to the second game there, anyway.

“We were a bit too slow with the possession. That’s the learning we have to get into ourselves, we have to perform every single week. We’re playing against good teams.

“Probably a draw is a fair result.” 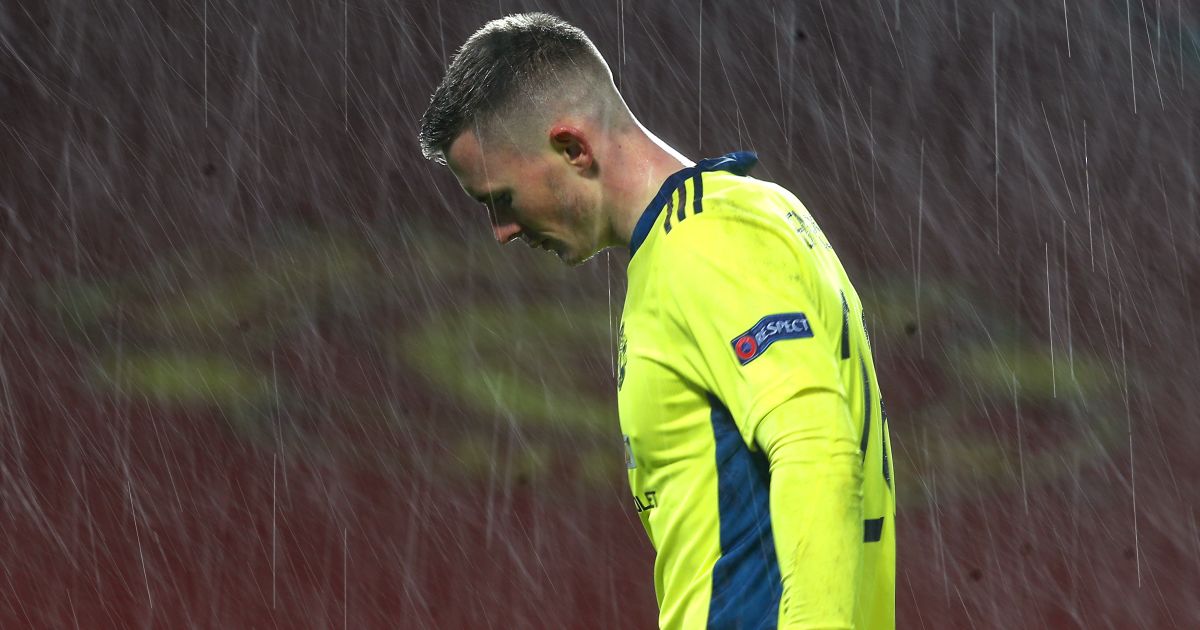 Questions were asked of Dean Henderson for not saving Simon Kjaer’s equaliser. The header seemed to be going straight at him, but the United backup – standing in for David De Gea – could not keep it out.

Solskjaer admits Henderson is capable of better, but does not think he was solely at fault.

“I’ve seen him save them, but it’s the structure that we lose,” he said. “We dropped too deep and we get blocked off and they get the header on.

“We should have attacked the ball with the men we had there.”