Kuchta, 24, has been in superb form this season, with 13 goals from 25 appearances in all competitions. He has also provided seven assists and helped Slavia Prague to the top of the Czech First League.

The former Czech Republic Under-21 star has also shone in Europe. He played his part as the Red and Whites drew 1-1 with Rangers in the Europa League on Thursday night.

The Ibrox last-16, first-leg clash was well populated with scouts looking for summer recruits, according to Football Insider. Newcastle United, Southampton and Brighton reportedly all had representatives viewing the Glasgow match, along with the Hammers.

Kuchta played for 71 minutes and did not score but remains the club’s top marksman in 2020-2021. He returned to Sinobo Stadium last summer after playing one season for Slovan Liberec.

The talented forward began his career with Slavia Prague but spent several seasons out on loan. He played for Bohemians, Viktoria Zizkov, Slovacko, Teplice before moving to Slovan Liberec.

But a return to the capital appears to have been the catalyst for the player to take his game to the next level. He helped Slavia knock Leicester City out of the Europa League and has enjoyed a standout season domestically.

They are 11 points clear at the top of the table and on track to defend their title.

Kuchta’s team-mate Abdallah Sima has been the focus of attention at times this season. He scored against the Foxes and has been linked with the likes of Arsenal and Italian giants Juventus.

The pacey forward has been likened to Thierry Henry and is valued at around £50m. Sima has also been linked with the Hammers but all eyes were on Kutcha north of the border. 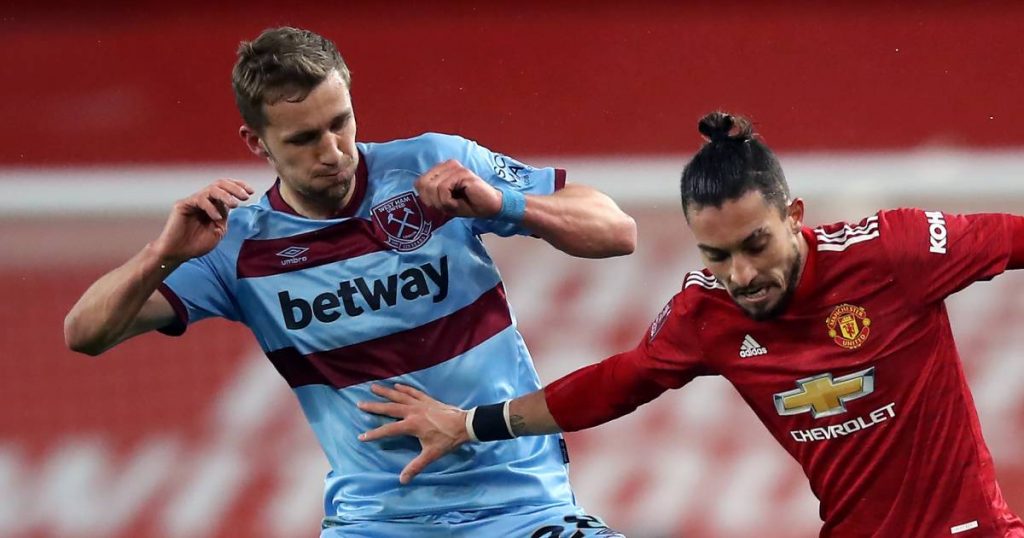 The East End outfit have a history of signing quality Czech players. Tomas Soucek and Vladimir Coufal are already on board and may be joined by another compatriot this summer.

The duo played for Slavia Prague prior to moving to the London Stadium and so there is an obvious link. There has been no valuation mentioned for Kuchta but he cost Slavia just £400,000.

However, any Premier League club looking to snap him up would need to pay considerably more than that for his signature.

November 27, 20224 min read
Lionel Messi was once again Argentina’s saviour with the breakthrough goal in a 2-0 win…

Messi rides to the rescue, but shaky Argentina´s World Cup dream looks a fantasy too far

November 27, 20226 min read
Ghosts everywhere. In the stands, where the spectre of Diego Maradona was waving his fists,…

November 27, 20222 min read
Barcelona boss Xavi has revealed he was offered a role as part of Brazil’s backroom…

´He´s like a steam train!´ – France boss Deschamps in awe of ´leader´ Mbappe

Casemiro gives his best to Ronaldo, unless they become opponents

November 26, 20222 min read
Casemiro is wishing the best to Cristiano Ronaldo following his exit from Manchester United, except…

Casemiro confident Brazil can cope as Neymar races to recover

November 26, 20222 min read
Casemiro is confident Brazil can get by without Neymar for now as he backed “the…

November 26, 20222 min read
Antoine Griezmann says he is proud to match Zinedine Zidane for assists with France, but…

November 26, 20225 min read
After suffering a shock 2-1 defeat to Japan on matchday one, Germany could ideally do…

November 26, 20223 min read
Erik ten Hag is doing an “unbelievable job” at Manchester United but the club must…

November 26, 20224 min read
Kylian Mbappe poached a double as France became the first side to clinch a place…

Ronaldo interview unexpected and ´not in his nature,´ says ex-Man Utd team-mate Fortune

November 26, 20223 min read
Cristiano Ronaldo’s seismic interview that culminated in his Manchester United departure was “not in his…