Two late goals saw Newcastle and Aston Villa play out a 1-1 draw at St. James’ Park in a result that does little for either side’s ambitions for the season.

Villa thought they had won it in the 86th minute when Ciaran Clark inadvertently turned past his own ‘keeper, but a late twist was yet to come.

Deep into stoppage time, Jamaal Lascelles powered a header home to a rescue a point from the jaws of defeat for the hosts.

Both sides had half chances within the opening five minutes. First, John McGinn curled a shot over the bar for the visitors shortly before Ryan Fraser sent his volleyed effort from 20 yards straight into the arms of Emiliano Martinez.

But the first big opening fell to Joelinton, who started the game in lively fashion. The striker escaped the attentions of Tyrone Mings on the right flank before bursting into the box, but he was too slow to pull the trigger and saw his shot blocked well by the covering Ezri Konsa and deflected behind for a corner.

Still without influential skipper Jack Grealish through injury, Villa were then forced into taking another key forward off after just 20 minutes when Bertrand Traore was hurt after crashing into the advertising boards.

The Burkina-Faso international dropped to the floor after appearing to damage a rib in the collision and was clearly in some discomfort, and was soon replaced by Anwar El Ghazi. 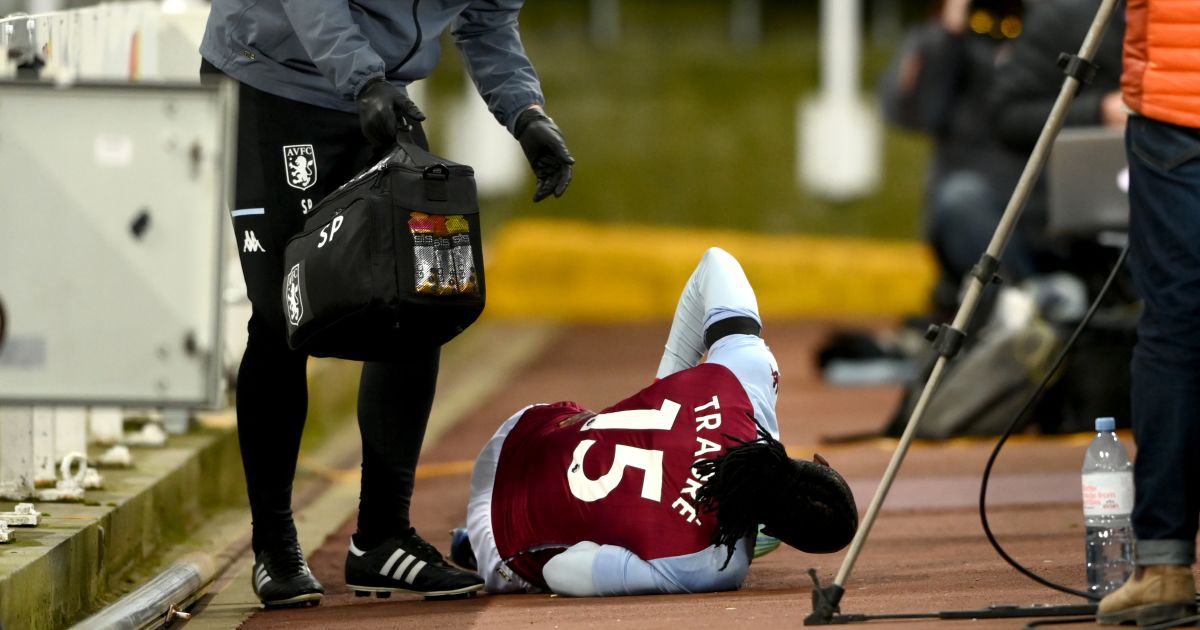 He quickly settled in to the game and saw a long-range effort saved before winning a free kick in a dangerous area, but the quality of the delivery was poor – in keeping with much of the attacking play from both Newcastle and Villa in the first half.

Although, Trezeguet did show some class when he beat his man and unleashed a powerful shot at goal, but Martin Dubravka made a smart stop with two hands to keep the scores goalless at the half hour mark.

Newcastle enjoyed their best spell of pressure before the break, but could not produce the killer moment in their search for the breakthrough and it stayed at 0-0 going into half time.

Both managers will likely have stressed the need to improve the final ball in the second half to their players, so Dean Smith in particular will have been frustrated to see Trezeguet pick out an opposition man and Ahmed Elmohamady overhit a cross before the clock had hit 47 minutes after the restart.

To their credit, both teams continued to press forward for an opener, leading to a rather open and end-to-end contest, but neither carved out another opportunity before the hour mark.

In fact it was Matt Targett who had come closest to breaking the deadlock by the 64th minute- even if it was at the wrong end of the field. The defender got his attempted header back to Martinez slightly wrong and almost directed the ball into the bottom right corner, but the Argentine stopper was on hand to prevent the own goal.

Joe Willock grew as a presence within the game as time went on and he created the next opening for the Magpies. The on loan Arsenal man played Joelinton into space with a well-weighted through ball, only for the Brazilian to fail to make the most of the promising situation by playing the ball to a grateful Villa defender.

Jacob Murphy came within inches of claiming all three points for Newcastle in the 82nd minute when he made space for himself in the box and beating Martinez with his shot, but it cannoned back off the crossbar. 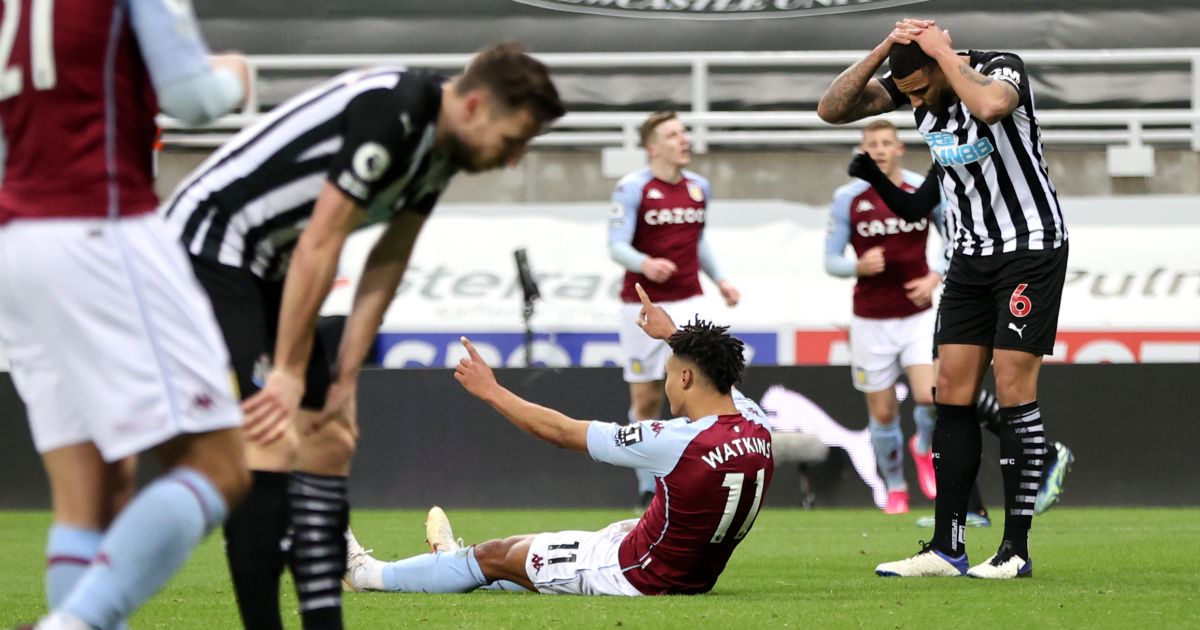 And in a cruel stroke of luck, Villa went up the other end just minutes later and found what they thought was their winner.

Another cross from Targett found Ollie Watkins who stopped low to meet it with his head, and his header deflected off the knee of ex-Villain Clark and into the net.

Villa should have held onto win it from there as Newcastle went looking for an equaliser, and twice missed glaring opportunities to seal the win.

That proved costly as in the 94th minute, Lascelles met Murphy’s cross from the left to earn a dramatic point.

Although Steve Bruce’s men will gladly take a share of the points given the context, it does mean they failed to establish a four-point gap between themselves and 18th placed Fulham, who have a tough assignment in Manchester City this weekend.

Villa, meanwhile, momentarily leapfrogged Liverpool into eighth place on the table but remain ninth after conceding that late goal which serves as a blow to their hopes of qualifying for Europe next term.