Leeds United are reportedly set to renew their interest in Liverpool defender Yasser Larouci, who will be a free agent at the end of the season.

Larouci, 20, came through the Reds youth ranks and made his first-team debut in January 2020. That was in an FA Cup clash with Everton and he has yet to make a Premier League appearance for the club.

And it seems as though he is unlikely ever to play in the league for the Merseysiders. Andy Robertson and summer signing Kostas Tsimikas are both ahead of him in the pecking order.

The Algerian has been featuring for the Under-23s this term and a few clubs have been watching. Brentford were linked last season while Norwich City are also thought to be keen.

It is not known if the duo will return for the player in the off-season. But the Daily Mirror are suggesting Marcelo Bielsa has not given up hope of luring the African to Elland Road.

The Yorkshire outfit were first linked last summer but baulked at his price tag. Club officials felt £2m was too high for a player with very limited exposure at senior level.

He has gained little by way of experience this term but would not pose such a risk with no transfer fee involved. Leeds were also linked in the January transfer window.

It was thought Bielsa was keen to add depth to the left-back position. Stuart Dallas has been filling in at full-back for the majority of the campaign while winger Gjanni Alioski has also helped out.

But it seems inevitable that a new defender will be brought in before next season and Larouci is an option.

Palace man an alternative to Larouci

Leeds are also said to be eyeing Crystal Palace’s Patrick van Aanholt. The 30-year-old will be available on a free transfer in the summer.

Eagles chief Roy Hodgson has confirmed that there will be no contract discussions until Premier League safety has been confirmed. Palace are not quite there yet but, with 37 points to their name, they are unlikely to go down. 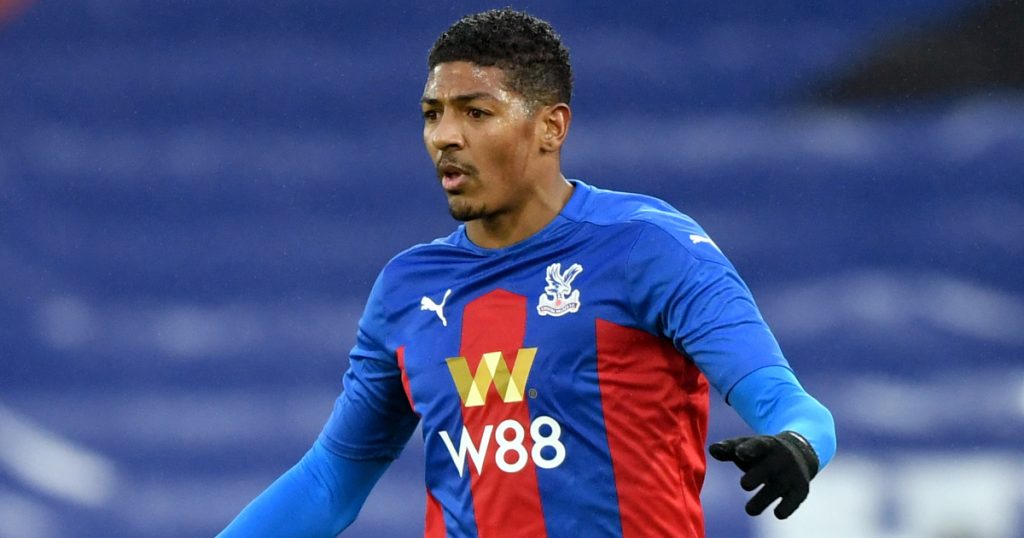 The Dutchman has plenty of Premier League experience. He came up through the Chelsea youth ranks and has spent time at many English clubs.

The Netherlands international has enjoyed stints with Coventry, Newcastle, Leicester, Wigan and Sunderland. He joined the south Londoners in January 2017 and has made 130 appearances in all competitions.

It is by no means certain that he will leave but Leeds are certainly keeping a close eye on the situation.