Brendan Rodgers claims Celtic should show “class” and give Rangers a guard of honour – and then use it as motivation to regain their title.

Rangers are due to visit Celtic Park on Sunday in their first match since being crowned Scottish Premiership champions.

The traditional salute to the champions was not carried out in 2019 when Celtic visited Ibrox in their first game since securing their eighth consecutive title. Gers boss Steven Gerrard revealed the club had taken the decision out of his hands.

Rodgers, whose Celtic side beat Rangers 5-0 a year earlier to clinch the championship, referenced an occasion when Sir Alex Ferguson’s Manchester United players gave Jose Mourinho’s Chelsea a guard of honour in 2005.

“My feeling is that you should always show humility and class, and be a sporting team,” he told Sky Sports.

“I can never forget when I was at Chelsea as a young coach and, in that first season that Jose was in, they won the title.

“I remember going to Old Trafford to watch the game that evening and I’m sure the Man United players didn’t want to do it but I’m sure Fergie insisted they did it.

“That must have been really, really difficult but it showed you the class of Sir Alex and it showed you the humility of him that another competitor came in and took the title, but it was also sporting that they did that, but also can provide you with great motivation going forward.

“It’s something for me – despite the rivalry, despite how difficult it is – it’s something that you should do and use as motivation going forward.”

A decision on whether to applaud Rangers on to the pitch may come down to caretaker boss John Kennedy, who worked under Rodgers as first-team coach.

Kennedy a big asset to Celtic

The Leicester manager is sure Kennedy will go on to manage in his own right one day. But claims he would also be a valuable asset to any other boss who comes in to succeed Neil Lennon.

“John will certainly be in the frame,” Rodgers said. “I have no doubt that one day he will be a manager.

“When I arrived I didn’t know John but I spoke to one or two people and they were very clear on what his qualities were. And in my time there he was an outstanding coach. 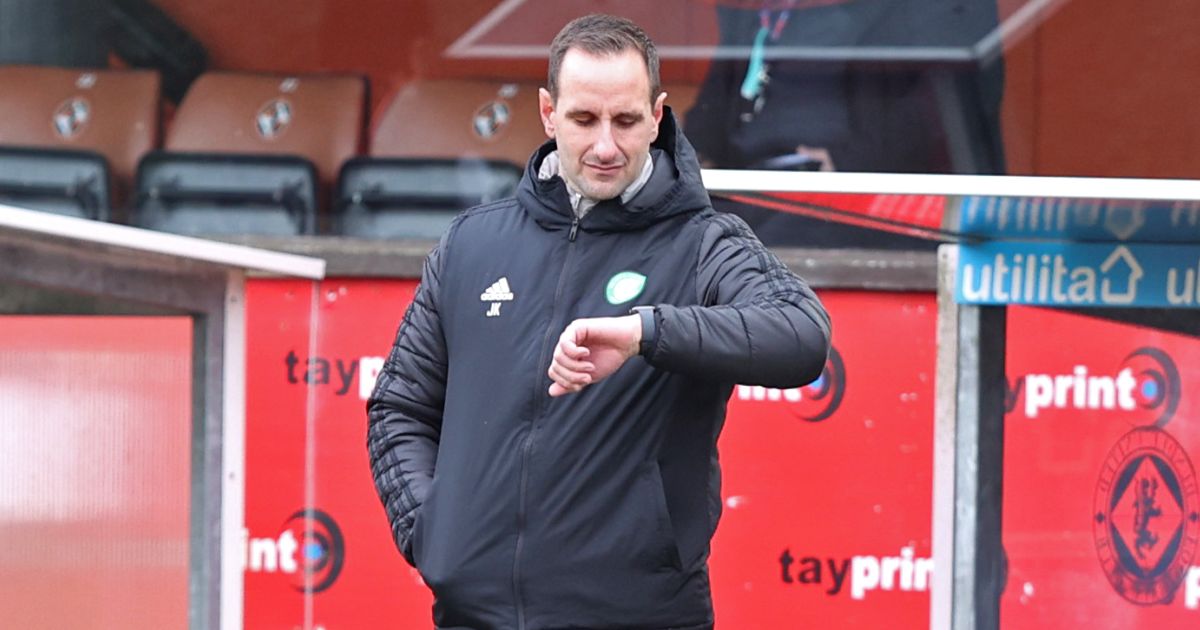 “I have got absolutely no question that, whether with Celtic or another club, that he will go on and manage (one) day.

“But certainly at this moment in time he will be great for the players. He works incredibly hard and he will give everything for the club.

“It’s always difficult when you go in and can’t really put your stamp in because the players are the players, but he will give them the very, very best until the end of the season and he will go from there.

“But, one thing is for sure, John being at the club is very, very important. If he didn’t get the job and another manager came in, to have John Kennedy by your side would be a great move.”