Manchester United starlet Hannibal Mejbri has signed a new “long-term” deal at Old Trafford after wowing at Under-23 level.

The attacker, who was signed from Monaco in 2019 for a reported fee of £9.3m, has been impressing for Neil Wood’s side at in Premier League 2 this season.

Mejbri’s new contract has seen him commit his future to the club, with Ole Gunnar Solskjaer already earmarking the player for first-team duty.

Before his injury Mejbri had scored four goals and dished out seven assists in 18 league appearances.

That form saw himself and Shola Shoretire selected by Solskjaer to be promoted to the United first-team bubble. The duo ended up training with the squad at the start of the year.

Speaking to MUTV about Mejbri last month, Solskjaer said: “Hannibal unfortunately injured his shoulder in the reserves so he’ll be out for a few weeks. He was just on his way into the squad and training with us but that’s football.

“He’ll come back stronger, I am sure, and he knows he’s not far away.”

When Mejbri is back in action he will build up his fitness with the Under-23s again and in the FA Youth Cup.

The talented forward is currently in light training and is expected to be back in contention over the next month.

Manchester United have a ‘clear advantage’ over Liverpool in the race to sign Fiorentina defender Nikola Milenkovic, a report claims.

Milenkovic has emerged as one of Europe’s most coveted centre-backs with his displays this term.

The 23-year-old has missed only 198 minutes of Serie A action after 27 games, sitting out only two matches.

He has become a key star for the Italian club. As such his displays have reportedly caught the eye of clubs across Europe.

United, Liverpool and Tottenham have all entertained links, but the former two reportedly hold the strongest ties to the player. 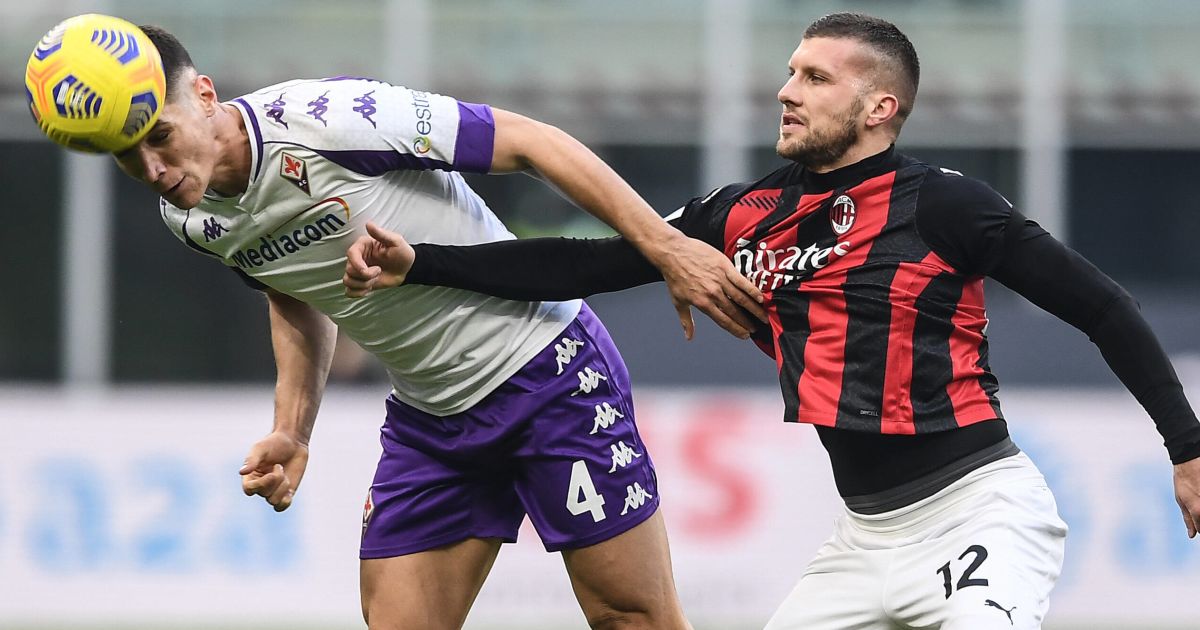 According to Gazzetta dello Sport (via Sport Witness) however, the Red Devils have a strong advantage over their north-west rivals.

The Old Trafford club began talks with Milenkovic’s representatives last summer and have therefore built up a strong rapport. What’s more, they hope that such relationships can act as a platform for a summer deal.

Milenkovic’s contract expires next summer, but the Serbian has reportedly made it clear that he wants to cash in on his recent rise with a move across Europe at the end of the season.

Such a stance will also benefit Fiorentina, who have made preparations to get a solid price for their star player.

Gazzetta dello Sport adds that the Serie A club are looking to earn ‘around’ €35million (£30million) from his sale.

United have earmarked a new centre-back as a top priority in this summer’s transfer window. However, the Manchester Evening News reported on Monday that Erling Haaland is also a key target.

As such, Ole Gunnar Solskjaer‘s side will only be able to spend a ‘significant’ sum on one area of their squad.

Liverpool, meanwhile, have been decimated by centre-back injuries this season and started the season with only three options following Dejan Lovren’s sale to Zenit St Petersburg.