Leeds United have been reported as genuine contenders to sign Torino defender Nicolas Nkoulou, who is available on a free this summer.

Nkoulou has been a key player for Torino since joining them from Lyon in 2017. He has made 128 appearances in total for them, although his gametime has decreased somewhat this year.

Out of contract at the end of the season, it seems unlikely the 30-year-old will renew. He still has plenty to offer at a decent level, though, so several clubs could come calling.

He was first mentioned as a target for Leeds last month. Prior to his time at Lyon, Nkoulou had a five-year spell at Marseille and played under Marcelo Bielsa at the Velodrome.

Leeds, however, aren’t his only suitors. As per Tuttosport, Manchester United and PSG are also keen to recruit the free agent this summer.

Interest in the 75 times capped Cameroon star doesn’t end there. As per Tuesday’s Torino Granata, Monaco, Lyon and Porto have all also joined the scramble for Nkoulou.

It’s felt Leeds, though, are in the driving seat to secure a deal simply due to the ‘Bielsa factor’.

The link, however, does seem somewhat strange given the wealth of options Leeds have in central defence. The Yorkshire men brought in internationals Diego Llorente and Robin Koch last summer to compliment club captain Liam Cooper.

In addition, Leeds have also been blessed with the emergence of Pascal Struijk this season. Struijk has featured far more than expected this season but has impressed alongside a variety of centre-half partners. Indeed, he was part of a solid rearguard action that kept Chelsea at bay last weekend.

Despite this, the Italian paper claims Bielsa is keen to add Nkoulou to the mix. Although now 30, Nkoulou is seen as someone ‘realiable, experienced and affordable’, making him of particular interest to the Leeds boss.

Tony Cascarino, meanwhile, reckons Leeds keeper Illan Meslier has the confidence and the ability to one day become France No 1.

Despite coming for some criticism this season, Meslier has kept nine clean sheets in 27 games for Leeds. His latest, against Thomas Tuchel’s Chelsea, saw the stopper make eight saves in the game.

The 21-year-old has certainly not let Leeds down. Indeed, only West Brom’s Sam Johnstone (115) has made more saves than Meslier (110) this season. 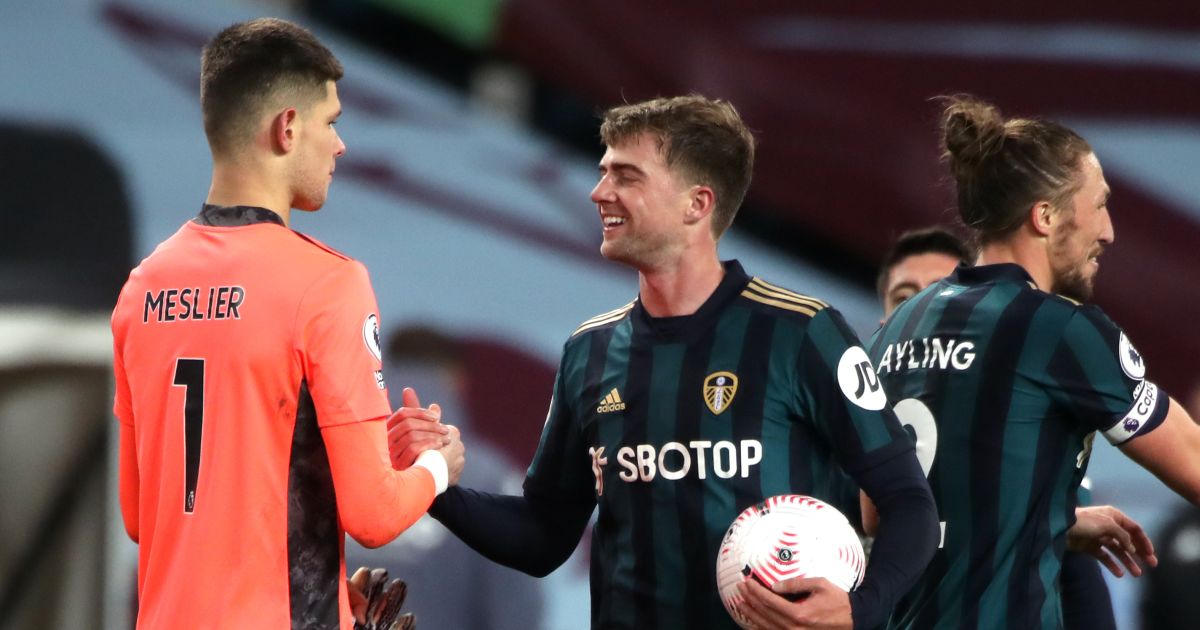 Such has been his performances for Leeds that Cascarino has labelled his job “the most demanding in the Premier League”. Furthermore, he insists the confident, young keeper has the ability to reach the very top.

“Few players in the Premier League have a more demanding job than Illan Meslier,” he wrote for The Times.

“Aged just 21, the Leeds United goalkeeper has had to master Marcelo Bielsa’s high-octane style of play which requires him to think quickly with his feet under pressure.

“He has made a fair few mistakes this season but they do not seem to have knocked his confidence. If anything, the experience has made him a better goalkeeper and with every passing week he is looking more assured.

“Meslier’s ability to keep cool under pressure comes from his formative years at Lorient in France where he competed in the youth cup aged 15 up against 20-year-old men.

“It is exciting to think how good he could become. Meslier stands at 6ft 6in and still has a wiry frame.

“As he continues to grow and develop his upper body strength, he will become an even more fearsome physical presence in the box.

“I think [we] are looking at the future No 1 for the French national team.”