Mikel Arteta has opened up the club v country debate by suggesting that national teams should not overwork his players in the upcoming international break.

International football will replace the domestic game after the conclusion of this week’s matches. The Gunners and other Premier League clubs will lose many of their stars to teams around the world.

Managers will be keeping their fingers crossed that they return fit and healthy, with games coming thick and fast.

The north Londoners still have two matches before the break. They take on Olympiacos in the Europa League last-16 second leg on Thursday night.

The Emirates outfit lead 3-1 from the first leg and are favourites to progress. They then travel across the capital to face West Ham United on Sunday.

Arteta was asked whether he would be resting any of his players for the European clash. He is concerned about the workload for 20-year-old Emile Smith Rowe.

The youngster has been called up to represent England’s Under-21s for the first time later this month. But, far from tailor his side to benefit the countries concerned, the Spaniard feels it should be the other way around.

“It’s true that we have some players with some significant loads there,” he told reporters. “But our priority now is to win these next two games and then whatever happens with international duty. If anything, they will have to adapt to what we want.

“We’re not going to do it the opposite way around because we are the ones that have to look after our players here every day.”

No long-term Saka concerns for Arteta

Bukayo Saka has made more appearances for the Gunners this term than any other outfield player. The England star suffered a muscle injury in Sunday’s derby victory over Tottenham.

But it appears as though the manager is optimistic that the youngster will soon be ready to play. 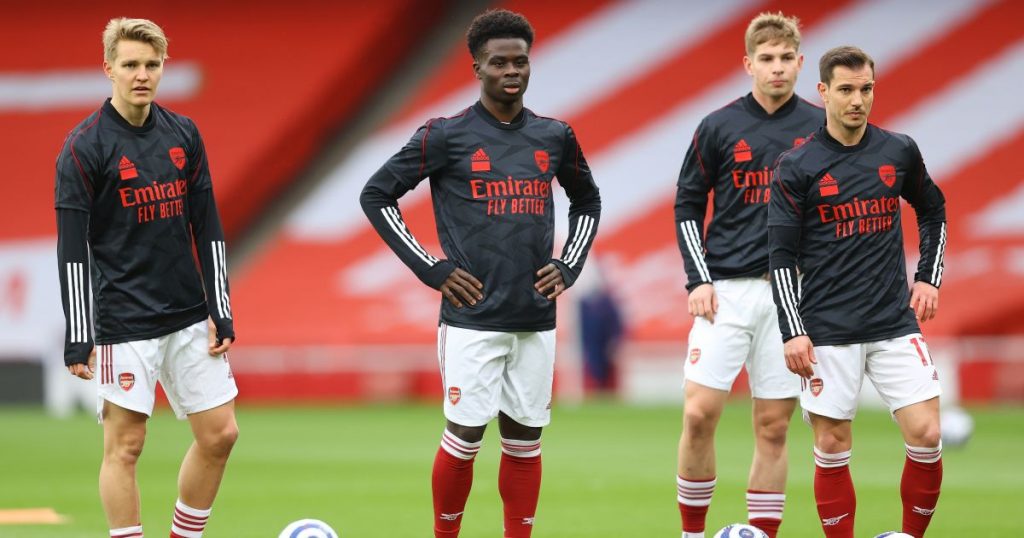 “He was doing another test and obviously he felt something muscular,” he added. “But he’s been much, much better and they’ve both been really well. So we’ll make the decision this afternoon on what we’ll do.”

Pierre-Emerick Aubameyang is in contention to start against the Greek side. The striker was dropped for Sunday’s victory over Jose Mourinho’s men for a “breach of pre-match protocol”.

Arteta continued: “Everybody has to obviously perform at the highest level to earn their place in the team. There is no exception and we will try to put a really competitive team out to try to win again.”