Former Tottenham head of elite potential identification David Webb has revealed the club made an attempt to sign an Arsenal player who starred in Sunday’s North London derby.

Spurs blew a 1-0 lead as they lost 2-1 at the Emirates, Alexandre Lacazette’s penalty proving to be the winner.

One of the key players in the Gunners’ turnaround was Emile Smith Rowe, who has become a favourite of Mikel Arteta this term.

Having made just 12 appearances for Arsenal previously, he has featured 21 times in 2020/21. He has scored twice and assisted six goals in those outings.

And Smith Rowe’s efforts on Sunday contributed to Spurs leaving the home of their local rivals disappointed once more. As if that wasn’t painful enough, Webb has now revealed attempts were made to take him across North London four years ago.

Speaking to the Daily Telegraph, Webb revealed: “He played against Tottenham for the U18s and really stood out in the number ten role.

“It was his movement off the ball that was so eye-catching and his work rate as well. For a young player, that sometimes doesn’t come in until later in their development.

“We tried to sign him before he signed his scholarship at Arsenal. He was a player who fitted the way Mauricio Pochettino played.

“Even at 16, we were looking at him as a potential young player who could progress into the first team.”

Smith Rowe ‘could have played’ for Wenger

Following his performance at the weekend, Rio Ferdinand has been discussing his admiration of Smith Rowe.

The 20-year-old played 77 minutes, hitting the crossbar during that time, and caused all kinds of problems for Matt Doherty in particular. 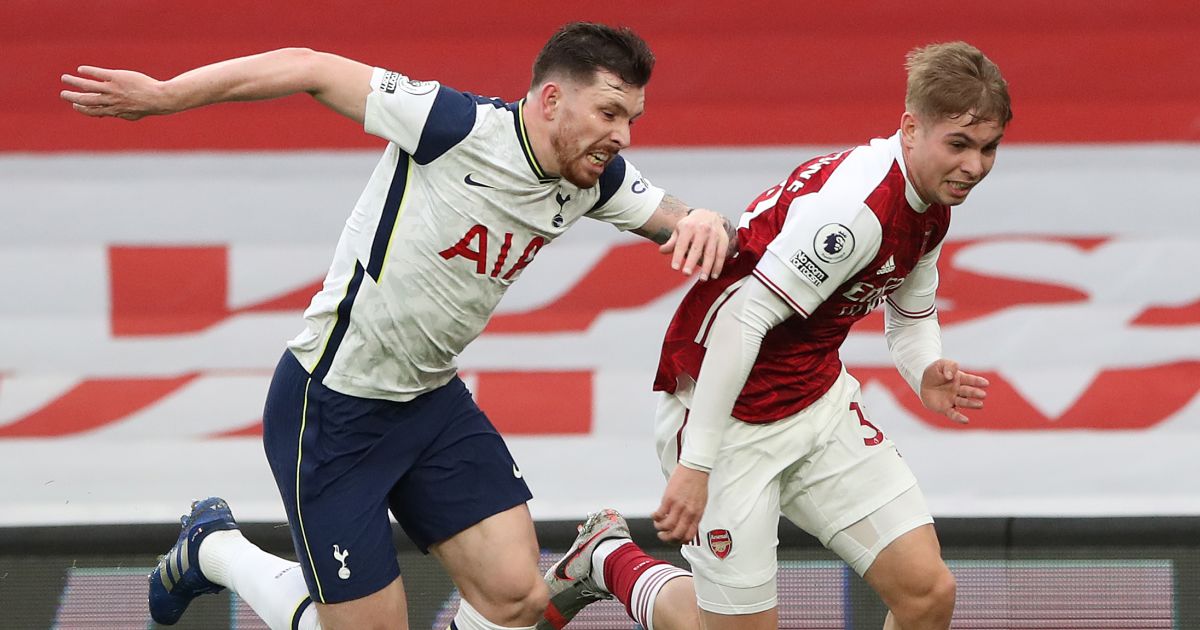 And Ferdinand admits that he is a huge fan of Smith Rowe’s approach to the game.

“I love him, I have to say, I love him; I love the way he plays,” he told his YouTube channel.

“When [Martin] Odegaard came in, I was a little worried. Would the manager play him in the same team? But he’s come in, and the way he’s played this season, there’s sometimes even that cheekiness about the way he plays.”

Ferdinand also claimed Smith Rowe would have fit in to the teams of legendary Gunners boss Arsene Wenger.

“I said this a while ago that he could have played in the era of Wenger, the way he plays football.

“He’s been a breath of fresh air and a big positive under Arteta. I think [Bukayo] Saka’s obviously been the standout young gun that’s come in, but he’s not far behind. And for the future, I think it’s very, very bright for him.”

READ MORE: Arsenal are going head-to-head with fellow Tottenham and Liverpool for a £23million rated midfielder.