Ole Gunnar Solskjaer has explained what expectations were placed on him upon his return to Manchester United, admitting it was like going back to Old Trafford on loan.

Solskjaer scored 126 goals in 365 games for the Red Devils between 1996 and retiring in 2007. He remained with the club as under-23s boss until 2010, but returned to Norway to take up the head coach job at ex-team Molde.

He then spent almost eight years away before returning to take over the hotseat in December 2018 following Jose Mourinho’s sacking.

It came as a surprise decision given his lack of top level experience as a manager. But Solskjaer has now revealed why he was entrusted with the job and the targets he was initially set.

Quoted in the book ‘The First 100 Days: Lessons in Leadership from the Football Bosses’ (via Manchester Evening News), Solskjaer recalled: “We came in just before Christmas. I suppose it was like coming in on loan. It wasn’t like: ‘Come in and change the club and put your stamp on it’.

“It was ‘come in, you know the club, you know the expectations. Make them smile, play attacking football and give youth a chance.’

“We talked about high expectations, having some fun and even surprising a few people. Later that day I remember walking about and hearing people saying: ‘finally, we’re talking about being Manchester United again’.

Solskjaer won 12 of his 21 league games in charge in 2018/19, earning himself the job on a permanent basis. 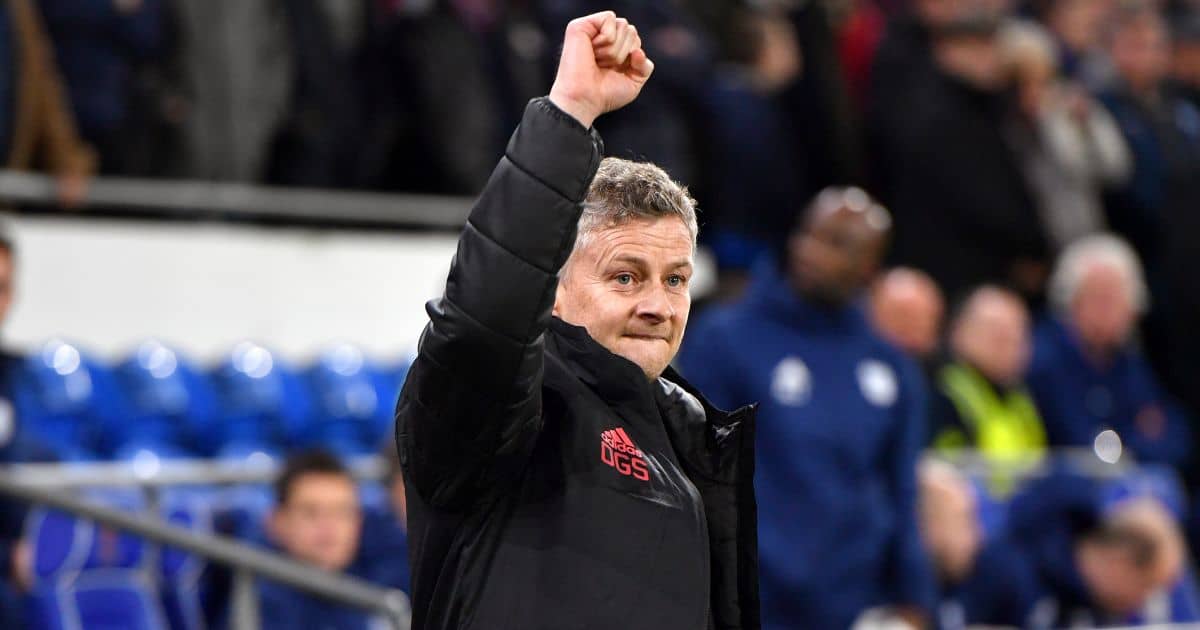 Ferguson’s words of wisdom for Solskjaer

Solskjaer has also shared he was given advice by legendary manager Sir Alex Ferguson before his first match in charge.

A visit to Cardiff City, another of Solskjaer’s former teams, kicked off his United managerial career.

And Ferguson, the man who first brought Solskjaer to England, gave him a vote of confidence beforehand.

“Before our first game at Cardiff, I got a text from the manager [Ferguson] who said ‘pick your team and sleep well’”, Solskjaer shared.

“I sent him the players I was picking and I just got a message back: ‘That’ll do the job’.”

The Red Devils ran out convincing winners, romping to a 5-1 success in Wales. That was the first of nine wins from his first 11 Premier League games.

In fact, it took until March for Solskjaer to taste defeat in league as he steadied the ship before a rocky conclusion to the campaign.