Edinson Cavani has challenged his Manchester United team-mates to get their mentality right to end their four-year wait for a trophy this season, as the veteran striker looks to return in Sunday’s FA Cup quarter-final at Leicester.

Ole Gunnar Solskjaer’s men head to the King Power Stadium looking to go into the international break on a high.

United have already booked their place in the quarter-finals of the Europa League with victory at AC Milan on Thursday,

The United boss believes a first trophy since the Europa League in 2017 can be the catalyst to more success and Uruguay international Cavani believes silverware is within their grasp.

“If we’re all convinced that we can achieve what we want to, with the right amount of concentration and the determination that we need to have, we can do it,” Cavani said.

United are hoping to be able to call upon Cavani after missing their last four matches.

The 34-year-old was named in the travelling squad for the Europa League trip to Milan, only to feel a niggle in training and stay at home, with Solskjaer saying “it’s down to him, he wants to be 100 per cent when he joins in”.

Cavani’s return would be a boost to a side that the former Paris St Germain and Napoli forward believes is making good progress.

“United have a lot of good players at the club and players with a lot of experience too,” he said.

“Guys who have won titles and have experienced big moments like that.

“They have benefited from sharing dressing rooms with great footballers and with great squads and teams. So, I believe that they know perfectly well what winning titles is all about.

”For sure, you always get times when sides are rebuilt and strengthened for the future as you start to see a new generation of young players coming through.

“Then work begins on building a new squad and a team, and on the basis of this, you are able to grow and improve.“ 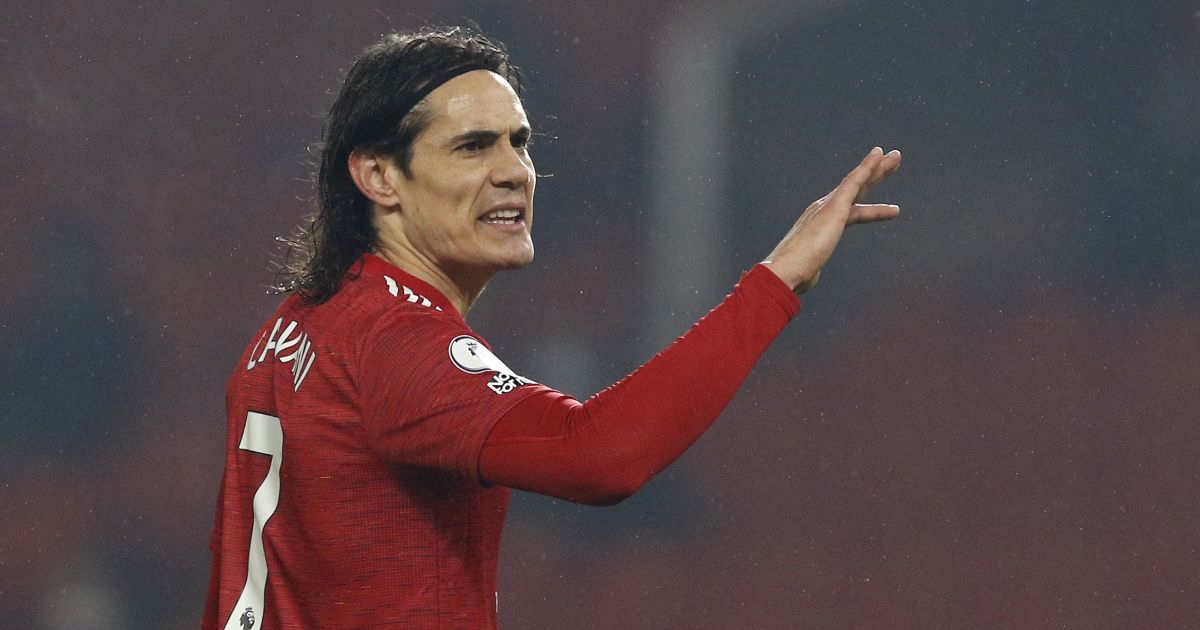 Solskjaer has regularly credited Cavani for being a positive influence on the dressing room thanks to a work ethic and mindset that complements his experience and talent.

“I think that your winning mentality always comes from the work you put in on a day-to-day basis,” Cavani told Inside United.

“Wanting to surpass yourself every day, wanting to prepare yourself to face up to difficult situations and when things get tough. I think that these are things that you can work on.”

Cavani and Anthony Martial could return against the Foxes on Sunday, when Solskjaer is hoping Marcus Rashford can overcome the knock that forced him off at half-time in Milan.

The 23-year-old is a key part of the United attack and made an impression on Cavani when knocking PSG out of the Champions League in their stunning last-16 comeback in March 2019.

“Well, I had to watch that moment from the sideline as I was on the bench at the time when Marcus Rashford took that penalty in the Parc des Princes,” PSG’s all-time top scorer said.

“Those are the kind of moments that you have to use in the future to become even stronger and to grow as a player.

“To feel that there’s nothing better when you can feel the competitive spirit inside you, the desire to perform at your best.

“I believe that those big moments, those special occasions, are the ones that leave their mark on you and enable you to grow. It’s a demonstration of character.”