Reports suggest Everton goalkeeper Robin Olsen will not extend his loan deal at Everton following the horrific attack at his home earlier this month.

Olsen, 31, joined the Toffees on a season-long loan from Roma as cover for Jordan Pickford. But things turned sour in early March when he and his family were the victims of a violent robbery at his Greater Manchester home.

Thieves took jewellery and a watch while threatening the keeper and his family with a machete. The 31-year-old considered returning to his homeland in Sweden.

But he remained on Merseyside and moved to alternative accommodation while security was improved at his house. Back in February, the Sweden international admitted he was keen to make the switch to Everton permanent.

“You should want to improve yourself every day and I feel I am getting better all the time with Everton.

“We have a fantastic goalkeeper group – we can make jokes but when it is time for exercise everyone switches on, it is extremely professional and you need complete focus.”

Ironically, Olsen is currently injured just when he would have seen more action. Pickford picked up an injury during the 2-1 Premier League defeat to Burnley last time out.

He is set to miss England’s internationals and might not be fit for when domestic action resumes. But Olsen is also crocked, leaving Carlo Ancelotti with third-choice Joao Virginia for Saturday’s FA Cup clash with Manchester City.

Olsen moved to Roma in July 2018, penning a five-year deal in the Eternal City. He made 27 Serie A appearances during his first season with the Italians.

But he was loaned out on a season-long deal to Cagliari in the summer of 2019, enjoying 19 outings for Gli Isolani. The switch to England appeared a positive move and the former FC Copenhagen shot-stopper has confessed he enjoys the English game. 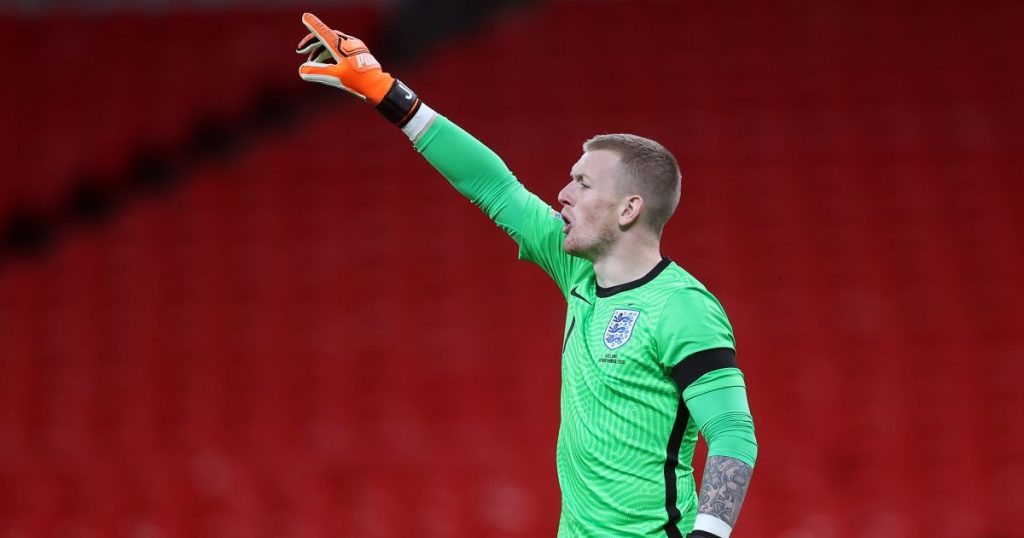 “In Italy, it is more tactical, you need to be in your position and do what the coach is telling you, ‘You pass the ball there, there’,” he added. “Here, the players are so good, they already know what they are doing. I knew it would be fast but it is faster than I thought.

“I like it, I am big, there are more duels in England, it fits me.”

But off-field activities have ruined his time in England and it could be over in a few months’ time, according to The Mail. There appears little chance of nailing down a spot at Roma and so he may be off elsewhere before next season.