Manchester United are reportedly one of three Premier League clubs set to battle for Lazio striker Vedat Muriqi in the summer.

Muriqi, 26, has been tipped to leave Rome after failing to impress following last September’s switch from Fenerbahce.

The Kosovo international moved to Lazio after a successful one-year stint in Istanbul. He scored 17 goals from 36 outing in all competitions for the Turkish giants.

The transfer to Italy was supposed to elevate his game the next level but it has been a disaster. He tested positive for Covid-19 in September and has not been able to nail down a starting berth with I Biancocelesti.

The powerful hitman has made just two Serie A starts among 17 appearances, with only one goal to his name. That came way back in January and he has been linked with a summer exit from Stadio Olimpico.

It is not the first time the forward’s name has been mentioned in connection with English clubs. Tottenham were heavily linked last summer, while West Brom were also thought to be keen.

And Spurs are part of the trio expected to be vying for his signature. That is according to Italian news outlet La Lazio Siamo Noi, who also mention Burnley as suitors.

Target man but no end product

United may well be in the market for a new striker as rumours continue that Edinson Cavani will leave. The Uruguay international is said to have a ‘verbal agreement’ with Argentinian club Boca Juniors.

Therefore Ole Gunnar Solskjaer needs a proven goal scorer to help Marcus Rashford and Bruno Fernandes. It is open to debate as to whether Muriqi is the answer.

He has enjoyed a few decent seasons scoring goals but has laboured in others and has yet to prove himself at the highest level. A move to Italy was supposed to be the litmus test and he has failed miserably. 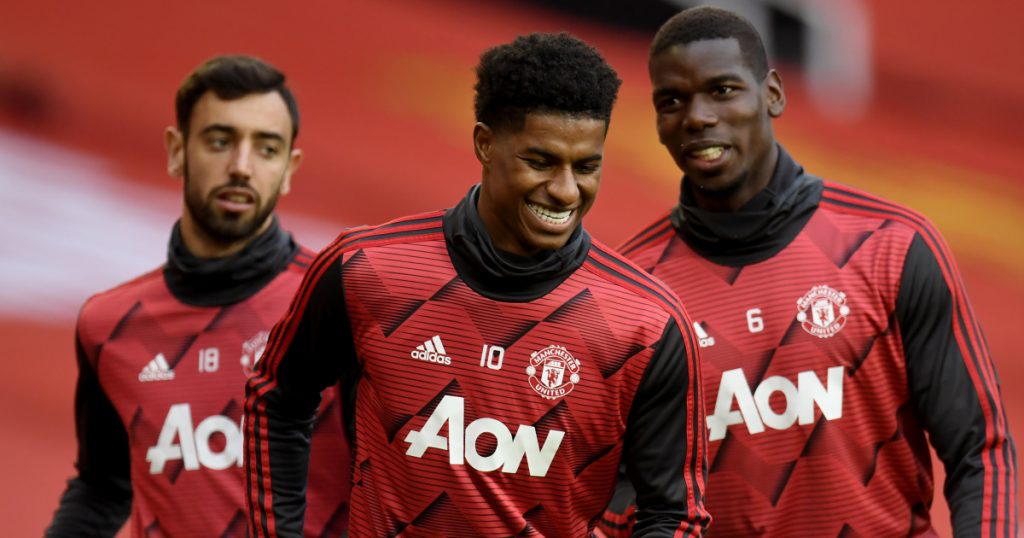 At 6 ft 4, he would be an imposing figure up front but United need someone who can bag 20 goals a season. There is also another caveat to his possible signing.

Muriqi is still only 26 years old but has already played for seven clubs. That suggests that he is a man with itchy feet and might not hang around too long if he was not given regular game time.

That could be the case at Old Trafford as it is likely he would be used as an impact player. But he clearly has something about him that clubs admire, and a fee of €20m might be needed to get a deal done.