Xabi Alonso is to take up his first role in senior first-team management this summer when he links up with the Bundesliga’s Borussia Monchengladbach.

The German outfit are bidding farewell to Marco Rose at the end of the season after he agreed to join Borussia Dortmund, leaving a vacancy needing to be filled.

Monchengladbach have been in a free-fall since the announcement of his defection, winning just one of their last eight in all competitions to see them drop to 10th in the league.

And according to German outlet Bild, Alonso is set to be the man to take the helm in the summer, three years on from his move into management.

Following his retirement in 2017 from an 18-year playing career, Alonso swiftly put on his manager’s hat, first with Real Madrid’s academy before moving on to become the manager of Real Sociedad B in Spain’s third division. 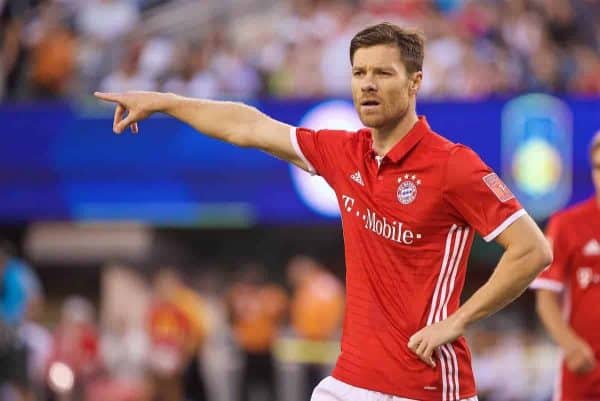 It was the Spaniard’s first venture into senior football as a manager after he led Real Madrid’s under-14s to their age-level championship in 2018/19.

And at Sociedad, he inherited a team who finished 12th the season prior to his arrival and ended his debut campaign in fifth place, where 2020/21 currently sees his side placed first in their respective league.

A switch to Monchengladbach would now represent a new phase in his managerial career and signal a return to Germany, where he played with Bayern Munich for three seasons until his retirement.

The 39-year-old is not the first to switch Spain’s third division for a seat at the top, following in the footsteps of the likes of Rafa Benitez, Pep Guardiola, Zinedine Zidane and Luis Enrique.

It is an exciting step forward for the former Liverpool midfielder and there will be countless eager eyes watching over his progress and hoping to share in his success.

And perhaps Alonso’s Monchengladbach and Liverpool may one day plot their way back to facing off against each other as they did in the European Cup back in the late 1970s.