Leeds United and Liverpool have both been touted as contenders to sign Rodrigo de Paul this summer – but reports in Italy suggest the player’s heart may be set on a move elsewhere.

The Udinese star was strongly linked with Leeds last summer as they prepared for their return to the Premier League. His asking price of €35m was too steep for what United were willing to pay and a bid never materialised. However, they continue to be linked and he remains a player of interest to Marcelo Bielsa’s side.

Liverpool, meanwhile, are scouring Europe for a potential replacement for Georginho Wijnaldum. He’s spoken out on his future once again amid more claims a deal with Barcelona has been agreed.

While speculation has continued over De Paul’s future, he has simply got on with his job. He’s enjoyed another stellar season with Udinese, scoring six goals and weighing in with five assists.

However, his side have conceded it’s likely the player will want to move on this summer.

It was initially stated that a move to the Premier League would be the Argentina star’s No 1 choice. But it seems those hopes have taken a backward step with Inter Milan now ready to make their move for De Paul.

As per Calciomercato, their boss Antonio Conte has been a long-term admirer of the 26-year-old. However, the Italian outlet claims Conte has now made De Paul his No 1 choice. And with the Nerazzurri looking a good bet win the Scudetto, and therefore seal a Champions League place, they have a considerable advantage over their Premier League rivals.

Liverpool are currently down in seventh and Jurgen Klopp has conceded their top-four hopes look slim.

The article claims big-spending Russian side Zenit St Petersburg are also keen. However, despite being able to offer the largest package, they seem least likely to win the race.

As the heart and soul of the Udinese side, it’s little wonder De Paul finds himself in demand.

Udinese manager Luca Gotti admitted he would not be shocked if the star moved on.

Speaking to DAZN, he said: “De Paul has been here for five years. Every time he gets his head down and works harder than ever before. We’ll eventually sit down and work out a common strategy [on his future]. 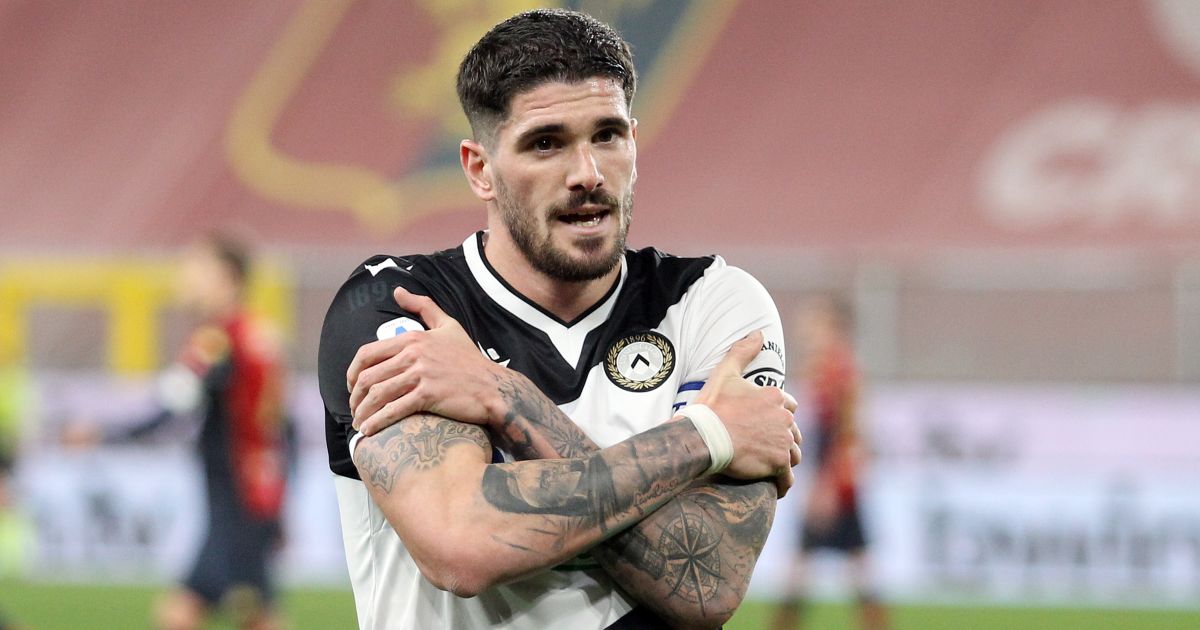 “He is mentally so strong as he goes on international duty with Argentina. He shares a locker room with players from Barcelona, Manchester City and Paris Saint-Germain. Yet every time he comes back here to Udine and works harder than anyone.

You couldn’t blame him for being tempted (by a move away).

“Alongside the growth of the player, which everyone has been able to witness on the pitch, I also saw De Paul grow as a person over the last two years.

“He has this leadership within the squad that comes from a place of positivity. There are different ways to be a leader, some are authoritarian. But he has this sort of halo of positivity that spreads out and envelops everyone around him.”