Diogo Jota has a penalty area instinct which is difficult to teach and has helped his quick integration with Mohamed Salah, Sadio Mane and Roberto Firmino, according to assistant coach Pep Lijnders.

The Portugal international has scored nine goals in his last 15 matches and his progress would have been greater had he not been sidelined by a knee injury throughout December, January and February.

Jota has already shown he can play in an addition to the club’s established forwards, as well as slotting in any of the positions across the front three – a role which could be hugely important for the final nine matches of the season with Mane and, in particular, Firmino struggling for goals.

“Jota is on the same technical level as our front three – I said this before and the whole world can see it,” Lijnders told LiverpoolFC.com.

“Quick and being quick in mind is a lethal combination for a striker, he has ‘direction’ in his game.

“He has this positioning in the box where he is often on the right spot in the right time. 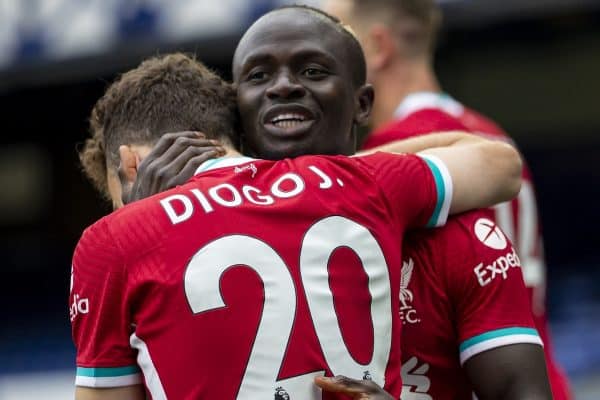 “Adapting to our pressing style isn’t easy but with him it goes very naturally.

Liverpool’s Champions League quarter-final first leg against Real Madrid is set to take place in the Spanish capital after restrictions on flights from the United Kingdom were lifted.

There has been a ban in place since the end of December, which would have prevented Jurgen Klopp’s squad travelling on April 6.

However, the Spanish government removed that on Tuesday, allowing Madrid to host the behind-closed-doors game at the Estadio Alfredo Di Stefano at their training ground as the Bernabeu is undergoing refurbishment. 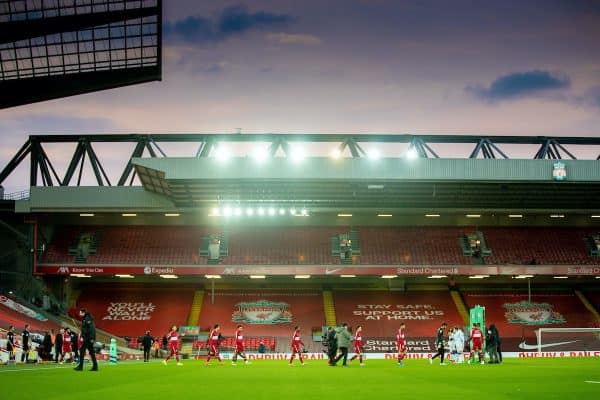 Liverpool, meanwhile, are taking the first steps for the renewal of season tickets for the 2021/22 campaign with prices frozen for the sixth successive year and the offer of a one-year season-ticket holiday should fans not be able to attend.

“The last year has been extremely challenging,” said vice president of ticketing and hospitality Phil Dutton.

“We want to ensure we are as ready as possible for when restrictions are eased to allow supporters back in Anfield.

“We think it is prudent to be prepared as a club and allow our season ticket holders to plan to return to Anfield.

“We are in constant dialogue with Liverpool City Council’s public health team, and we are committed to continue working in partnership on all health and safety protocols.”