Abraham emerged as a key Blues star under Frank Lampard last season after his loan spell at Aston Villa. The 23-year-old netted 15 goals in 34 Premier League appearances, including a stunning hat-trick away at Wolves. Indeed, his form resulted in him triggering a clause in his contract which extended his terms until 2023.

However, he has had to adapt this season amid a changing environment. Summer signings Timo Werner and Hakim Ziyech have added competition, while January managerial arrival Tuchel has made alterations.

In fact, Tuchel has not named Abraham in his last four Premier League squads amid injury and told the striker to focus on regaining fitness.

According to Football Insider, though, Tuchel has major doubts about counting on Abraham going forward.

The source claims that he does not think the player has what it takes to be the main goalscoring force for a top Premier League and Champions League team.

Furthermore, some members of the coaching staff reportedly believe Abraham is a ‘soft touch’. They also believe that he lacks the mental stature to fight back from setbacks.

Meanwhile, Abraham himself reportedly has his own opinions about his status at Stamford Bridge.

He earns £70,000 per week but feels he has done enough to warrant a bigger salary than fellow forward Callum Hudson-Odoi, who takes home £120,000 per week.

However, senior Chelsea figures do not want to offer such sums to a player they do not truly believe in.

Amid his recent lack of action, Abraham dropped out of Gareth Southgate’s latest squad. Indeed, he faces an uphill battle to make the Euro 2020 cohort.

In the event of no injuries, Dominic Calvert-Lewin and Marcus Rashford will likely take spots alongside Harry Kane.

But behind them, Ollie Watkins has earned his first call-up and is fighting the likes of Danny Ings and Patrick Bamford for a role.

Tuchel tells Abraham to get fit 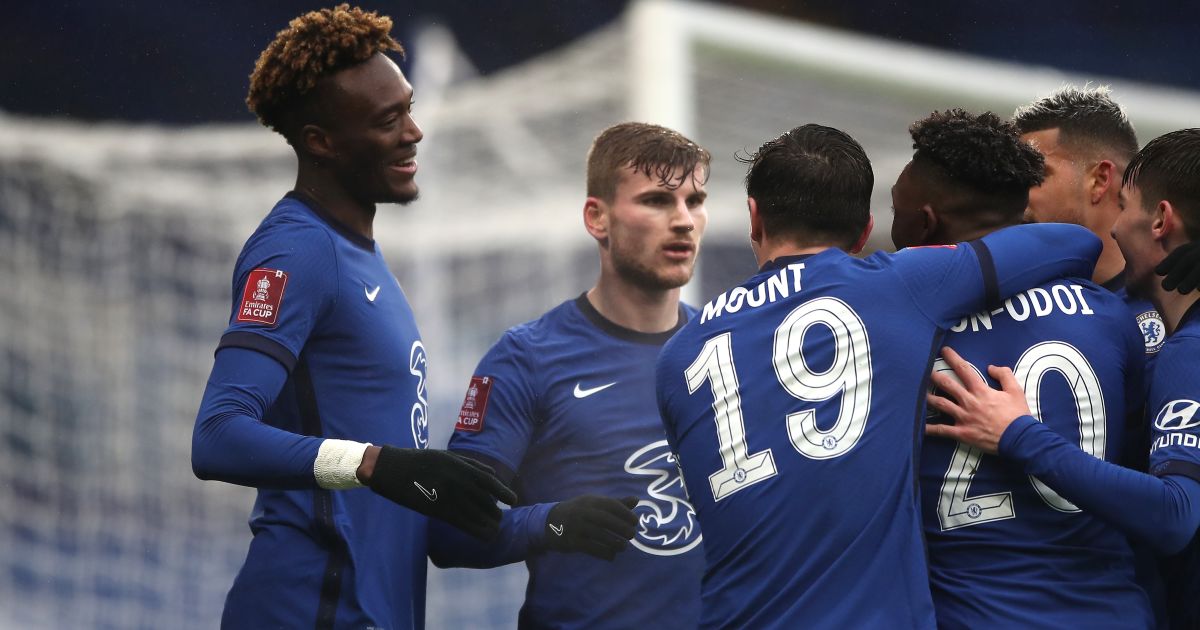 Speaking earlier this week, Tuchel said of Abraham: “Of course, he needs to be fit, that’s correct.

“Then to take it step by step, through good training performances and to fight his way back. The way back is maybe for him to be a substitute and to be hungry and full of quality in training.

“These are the next steps, but now is not the moment to worry about the first XI, as he has been out for many games, unfortunately too many games.

“It is absolutely not his fault and he is hungry to come back and he tries all the time.”