Arsenal are reportedly leading the charge to sign Nabil Fekir this summer – and could use one of their biggest stars in part exchange.

France playmaker Fekir is a name very much familiar with supporters in England. He came close to signing for Liverpool in summer 2018 before a failed medical scuppered the deal. It was an embarrassing saga given leaked photos showed Fekir posing with a Liverpool shirt.

Reports on Friday claimed Jurgen Klopp’s side are ready to relaunch a bid to bring Fekir to Anfield. Since missing out on his signature, he has moved to Real Betis and become a major star in LaLiga.

The 27-year-old has since made 63 appearances for the Spanish club, with his form improving in recent weeks.

However, reports in Spain claim Arsenal are the most likely option for Fekir this summer. As per Estadio Deportivo, the Gunners are tracking the player, having made him their No 1 option to fill the shoes of Martin Odegaard.

The Norwegian has been exceptional for the Gunners in recent games, sparking talk he could be signed permanently. Those hopes, though, suffered what appeared a catastrophic blow on on Thursday.

Instead, Fekir looks likely to be the man that Arsenal target next. The former Lyon man has a huge €90m (£77m) exit clause in his contract at the Estadio Benito Villamarin.

However, it’s claimed Edu has an ace up his sleeves and it’s thought he can land Fekir in a swap deal for Alexandre Lacazette. The striker has just a year left on his deal this summer and appears destined to leave. Arsenal’s technical director is said to be looking at a potential deal that would see the France internationals trade places.

Reports on Friday claimed Sevilla, Atletico Madrid and Roma were all keen on Lacazette. But a swap deal could provide a solution for all concerned.

Fekir gearing up for transfer

Estadio Deportivo also believe Fekir is gearing up for a transfer after recently changing his representatives.

He has two years left on his deal and the paper also reckons Barcelona could launch a bid to sign him as a replacement for Philippe Coutinho.

Whatever transfer emerges though, his suitors will be wary of the knee injuries that prompted his transfer collapse at Liverpool. 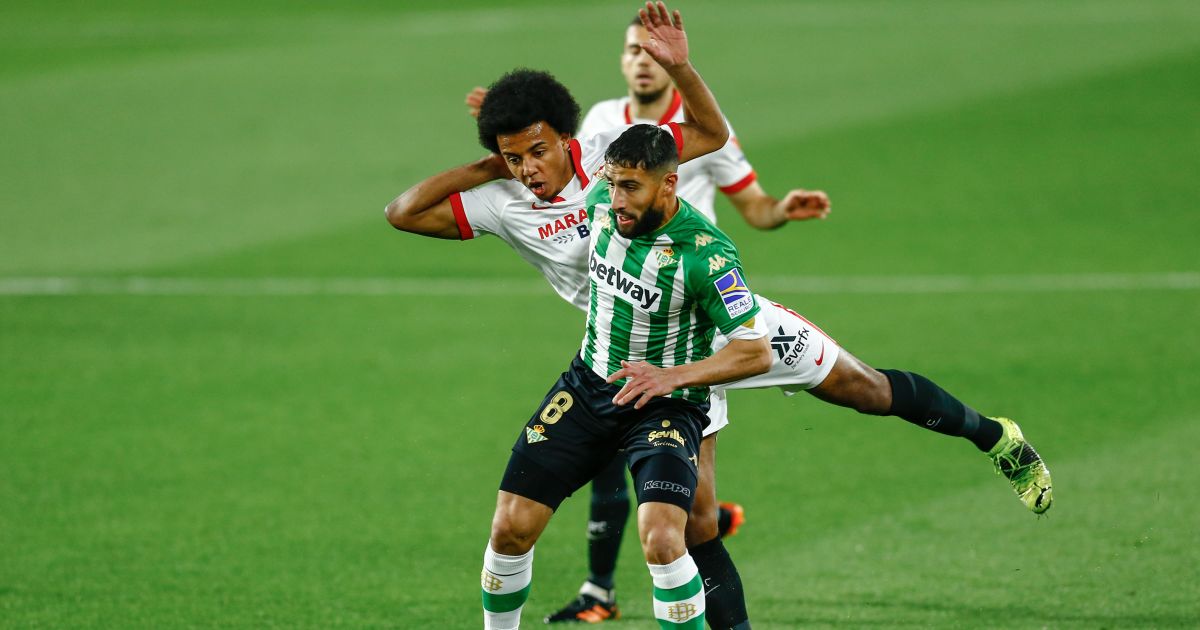 The player needed two operations on a cruciate ligament issue inside a year, causing the deal to fall through.

The player seemed to blame his agent on the failure to secure the switch to Anfield, however.

“I have no bitterness towards Liverpool,’ Fekir said of his failed switch to Merseyside. “I met them and we got on brilliantly. They showed that they really wanted me. But when you surround yourself with the wrong people, it comes off badly on you.”